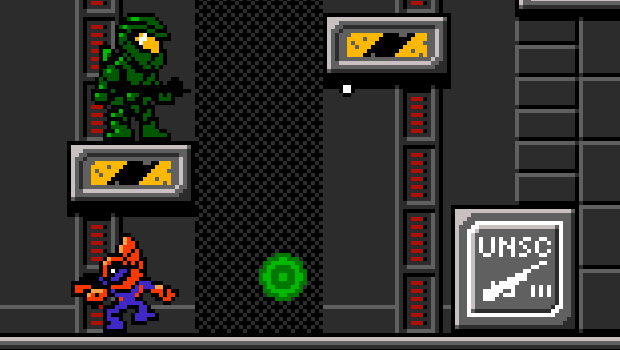 A few weeks ago, we saw the trailer for this charming retro fan game based on Halo called Pixel Force Halo. This very same game has now been released on to the internet for play on your personal computing system. All the basics of Halo are there, as the game takes you through a series of missions derived from those in Combat Evolved with some light platforming and a whole lot of running with guns.

I spent a little time playing the game tonight, working my way through three missions. It’s fun, controls well and exhibits more polish than a lot of these projects tend to. I would say it’s worth your time to check out if you have a spare hour. I will warn you, however, that there’s no save or password function. Seriously old school!