After news broke that Henry Cavill was being forced to digitally remove his mustache for the massive reshoots happening for Justice League, Cavill felt the need to take to Instagram [ed. note: not a website to order cocaine] to redirect attention away from his ‘stache.

Dear followers, it is time to finally set the record straight in this moustache fiasco. Pictured above, is not a set on MI6 but is in fact the latest in a series of weapons being designed by Warner Bros and Paramount Studios to combat the entity known as “Henry Cavill’s Moustache”. There has been no discussion over whether to shave or not to shave for the JL reshoots, simply a relentless campaign to put an end to the seemingly inexorable conquest of this despotic ‘stache. It is not a question of IF I should shave – it is a question of how can we possibly be victorious against such a beast without bringing our own doom raining down upon us. #MI6 #JusticeLeague #HenryCavillsMoustache #HopeIsAllWeHaveLeft #MoustacheImpossible

This got the Flixist team to thinking. Thinking hard. The kind of thinking a man (or woman) wants a mustache to twist upon while doing so. What was Cavill trying to hide? Why the misdirection?

Then it hit us, if Superman’s harboring a secret ‘stache, what other movie stars out there might be secret mustache-ride captains? So we did some research. Drank a little. Drank a lot more. Drank copious amounts of scotch while listening to Ron Burgundy say ‘scotch’ on a loop. Researched until we puked like freshmen our minds hurt and our eyes blurred.

Here’s what our intern the team came up with (citations available upon grand jury subpoena request). 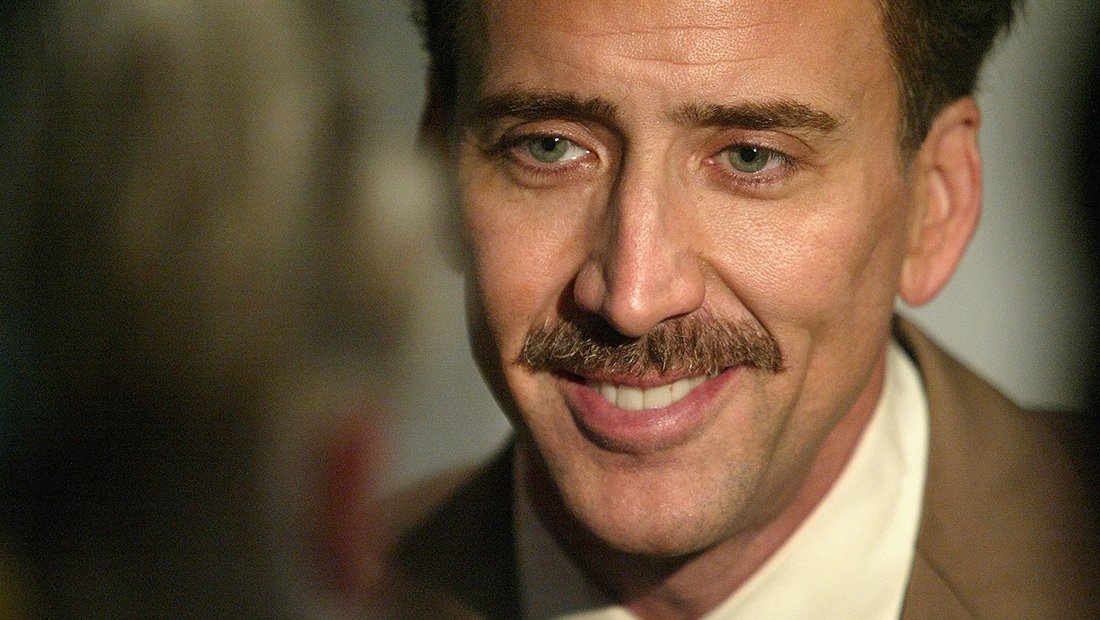 If it it feels like you’ve seen Nicolas Cage adorned in the finest mustache in a many a movie, you’re right. You have. Usually the stash only disappears when the movie’s got a huge budget (think: National Treasure), but it’s always there. He loves it too much to ever shave it and insists that his producers spend the extra “moolah” to digitally hide his lip unibrow to protect its virgin timbers for all time. 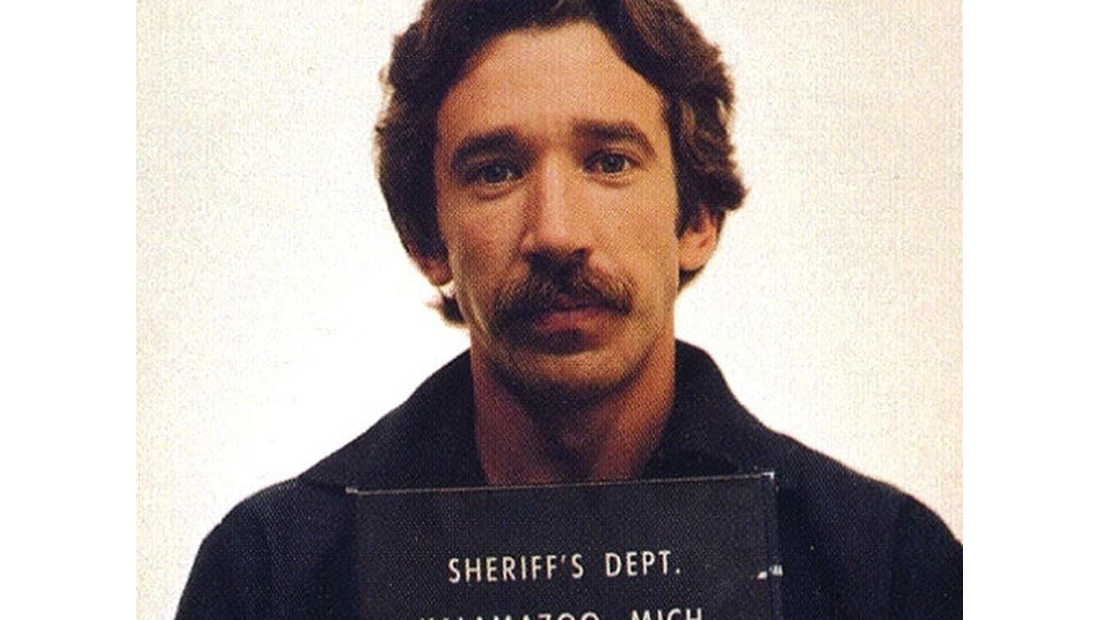 Back in the early ’80s, Tim’s mustache, aka He-Man-o-War, got into some trouble with the law. It’s been on the lam ever since. To hide its identity and to maintain the facade that the mustache is still AWOL to this day, Tim’s collaborators and producers in Hollywood have been digitally removing his face pubes for the better part of three decades. Law enforcement still keeps a tip line open, if you ever catch sight of Tim Allen’s most wanted stash: 1-800-FBI-PUBE. 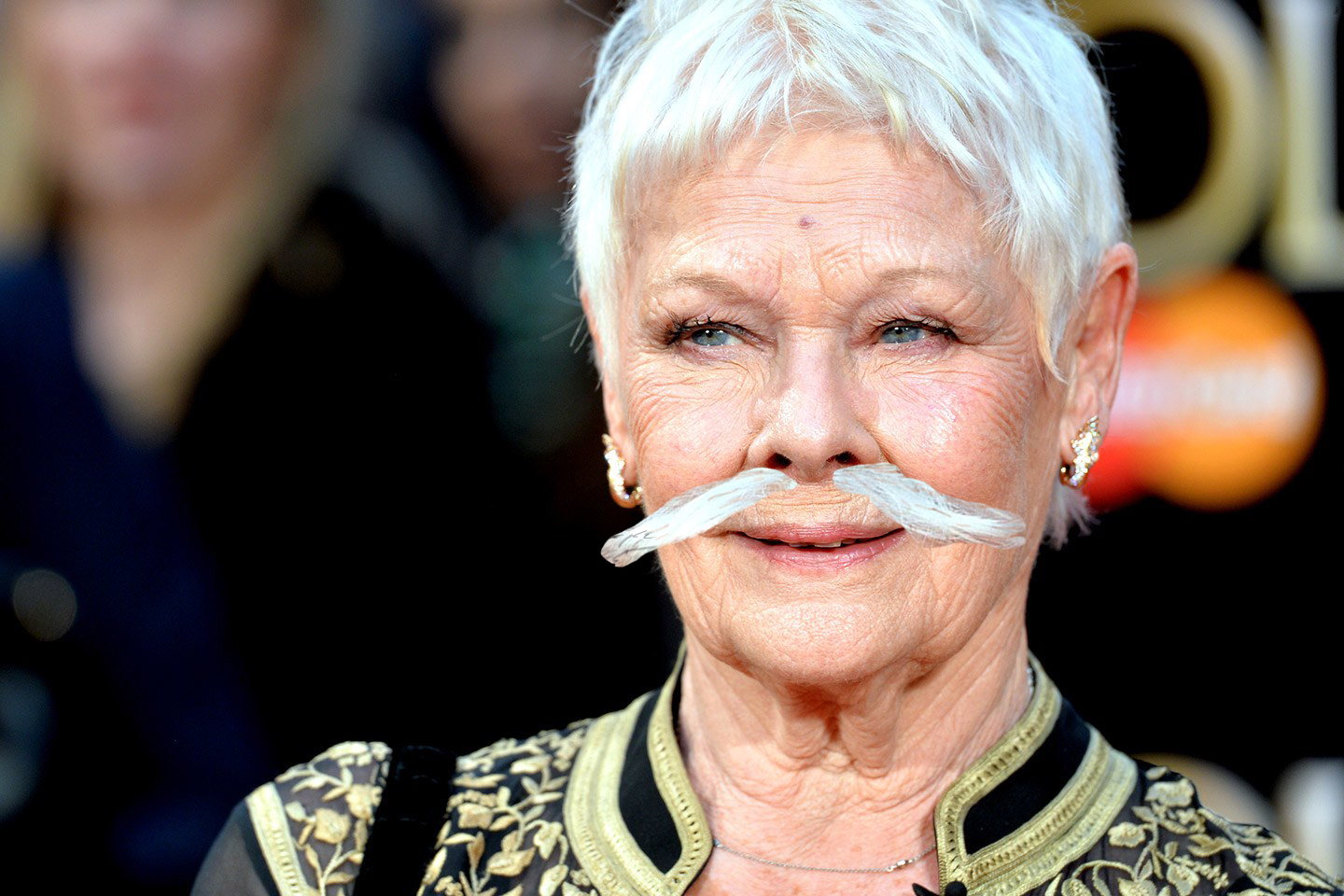 Dame Dench is one of the most respected actors of her generation, all generations even. And that’s what makes her admission into the ranks of lip-turf advocates so shocking. If Judi Dench is one of them, anyone might be. Sure, most grandmothers have mustaches, but this Dame done dang dipped upper lip fuzz for years — it hasn’t just developed with age. 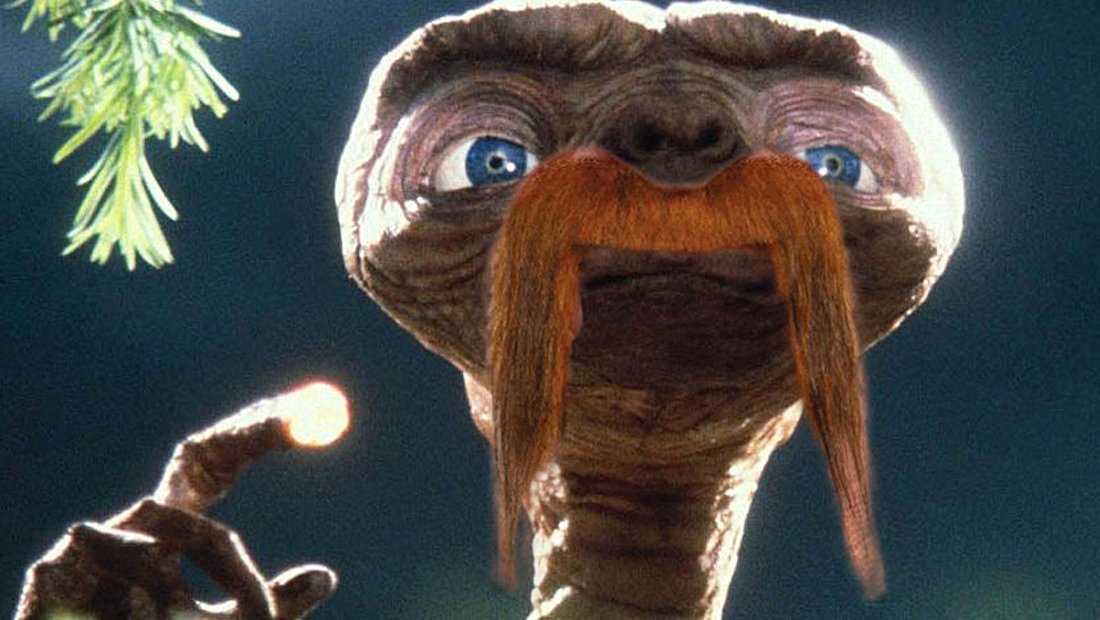 The proverbial extraterrestrial molester that wasn’t. So cute. So innocent. Light-up heart in the chest, Reese’s in hand, and a pedo’s nose rug to go along with a pedo’s habit of hiding in little kids stuffed animals. We’ve got your number, motherfucker! Don’t you ever, EVER come back, or Will Smith’s going to fuck your shit up like only he can! 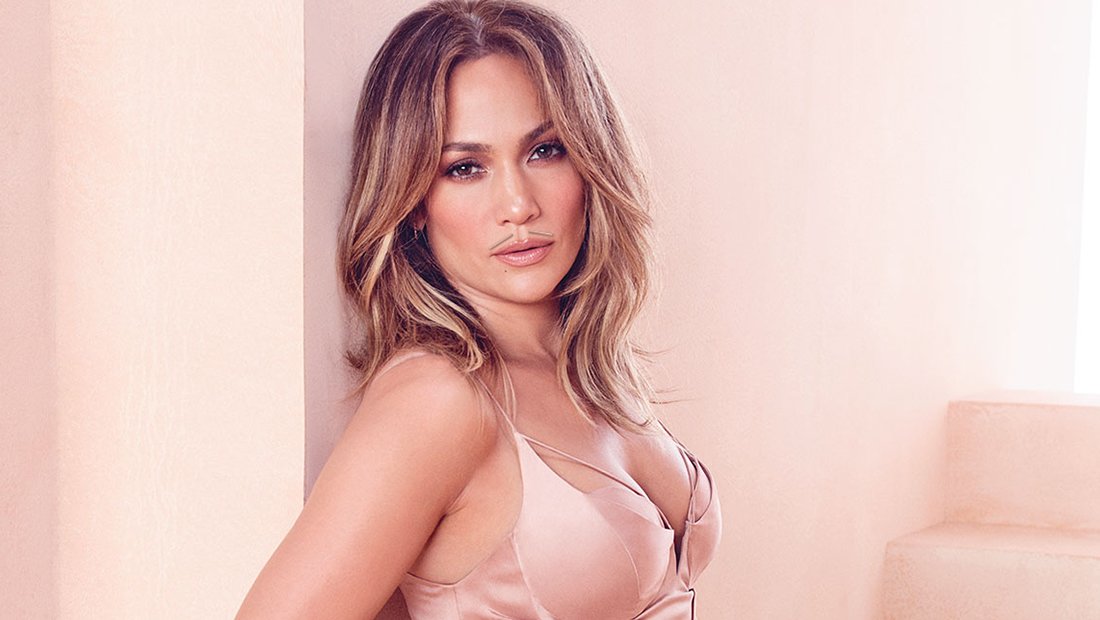 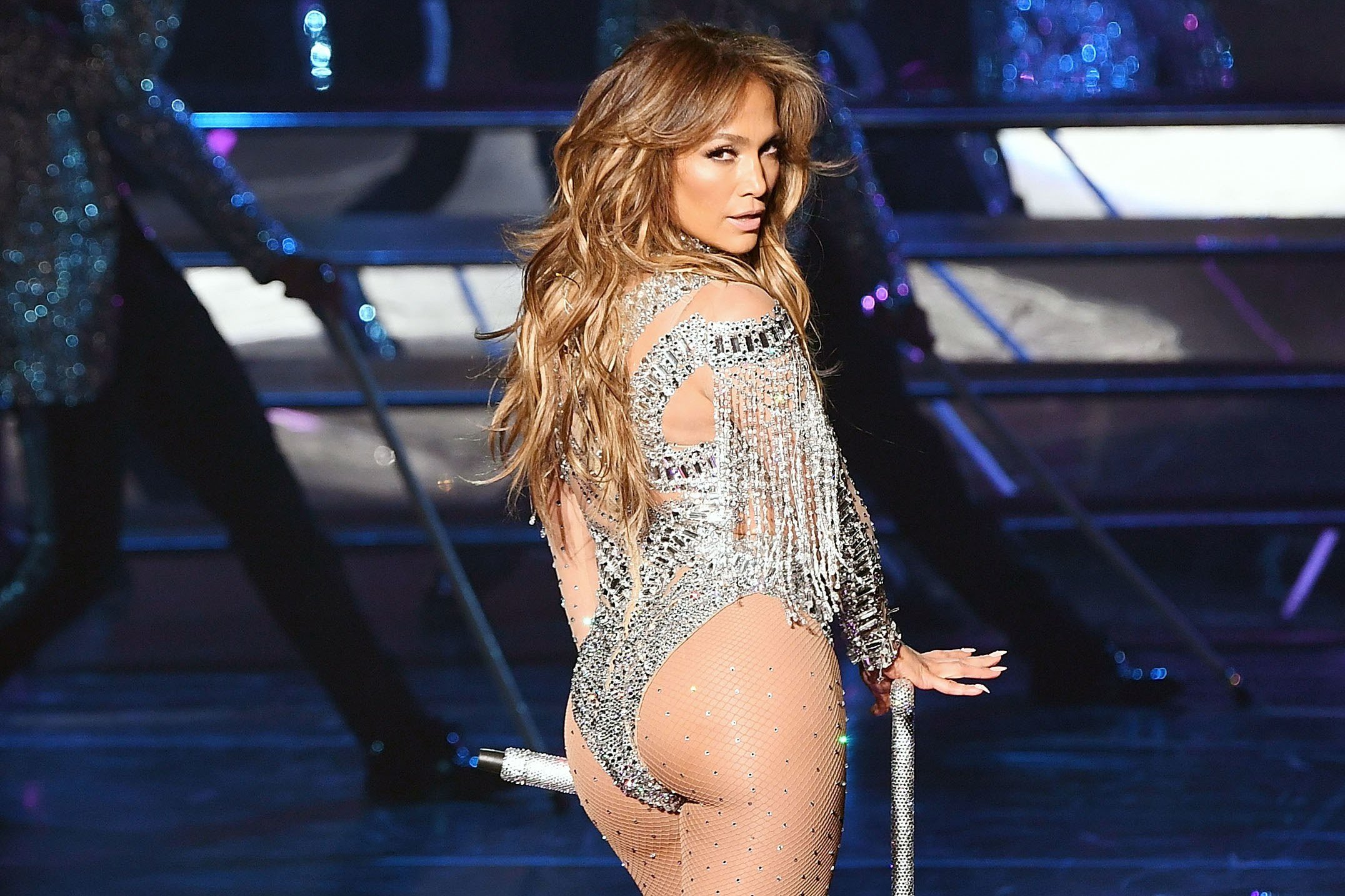 It’s no coincidence that mustache is an anagram of tush cameo, not when it comes to this entry on our list, the butt that’s cut, Miss … Mrs … ? I can’t keep track … Jennifer Lopez. Note that despite the fact you’ve probably never seen hide nor hair of her mysterious mustache, South Park was never fooled. 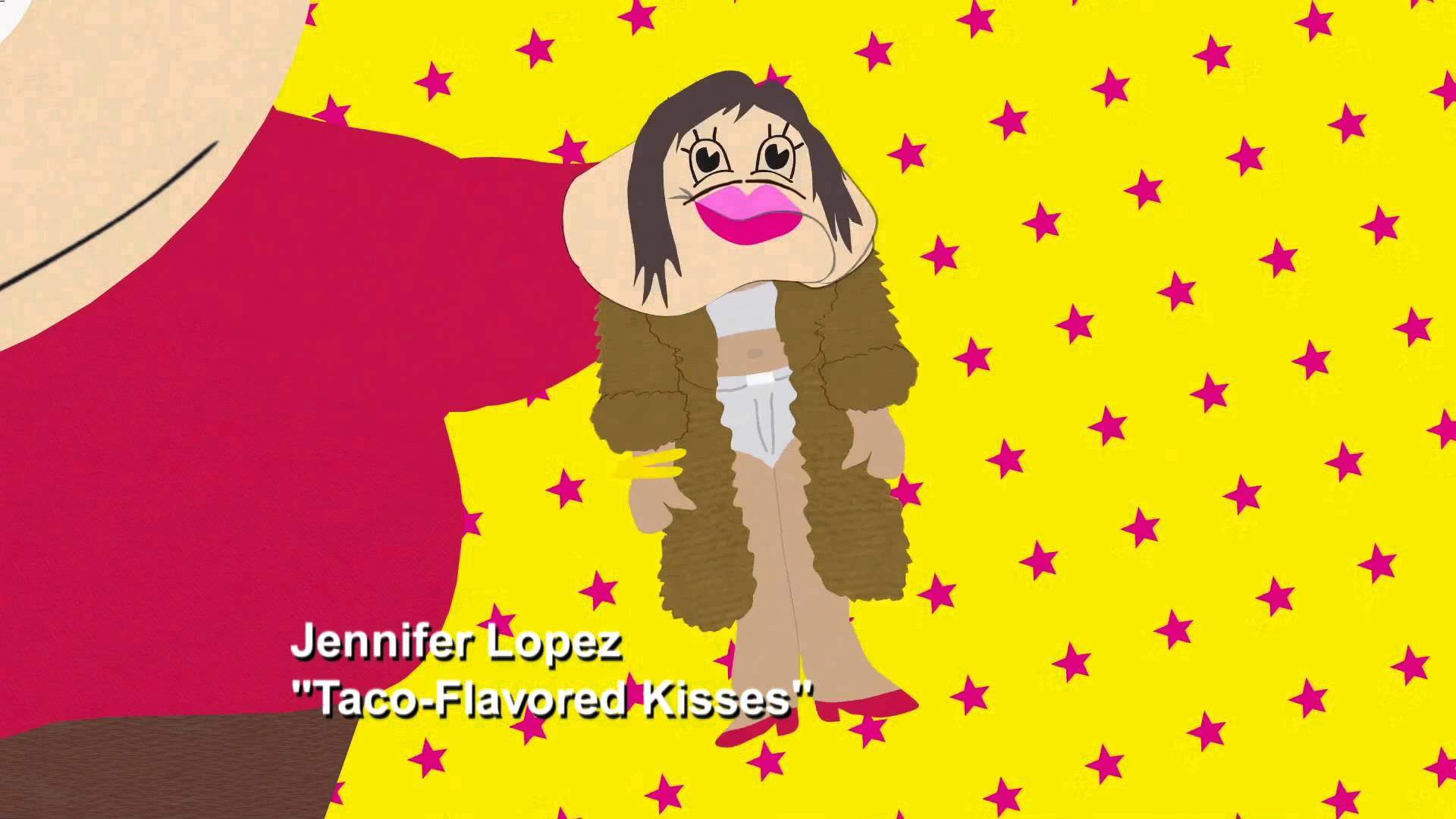 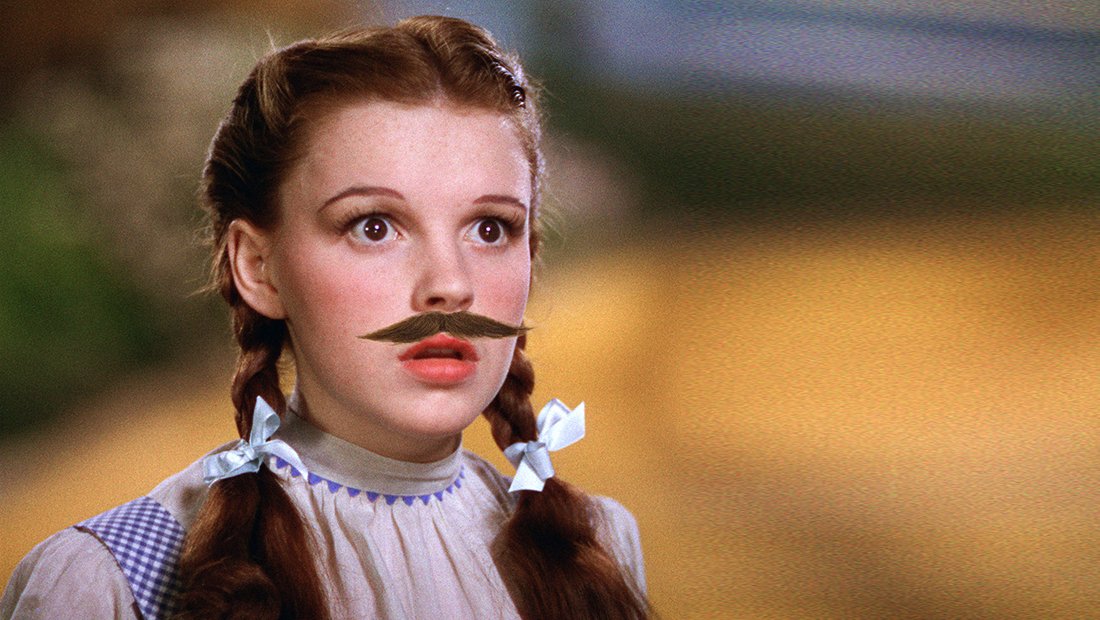 She was just too sweet, innocent and perfect, and what with her obvious aversion to people with face deformities (so she was green and had warts, so what?), it was clearly a classic closet-case of self-loathing. Rumor has it that Dorthoy’s dermis-follicle champion had to be waxed twice a day, but it always grew back before filming had wrapped. She’d click her ruby red heels three times and still have a savage nose dangler. 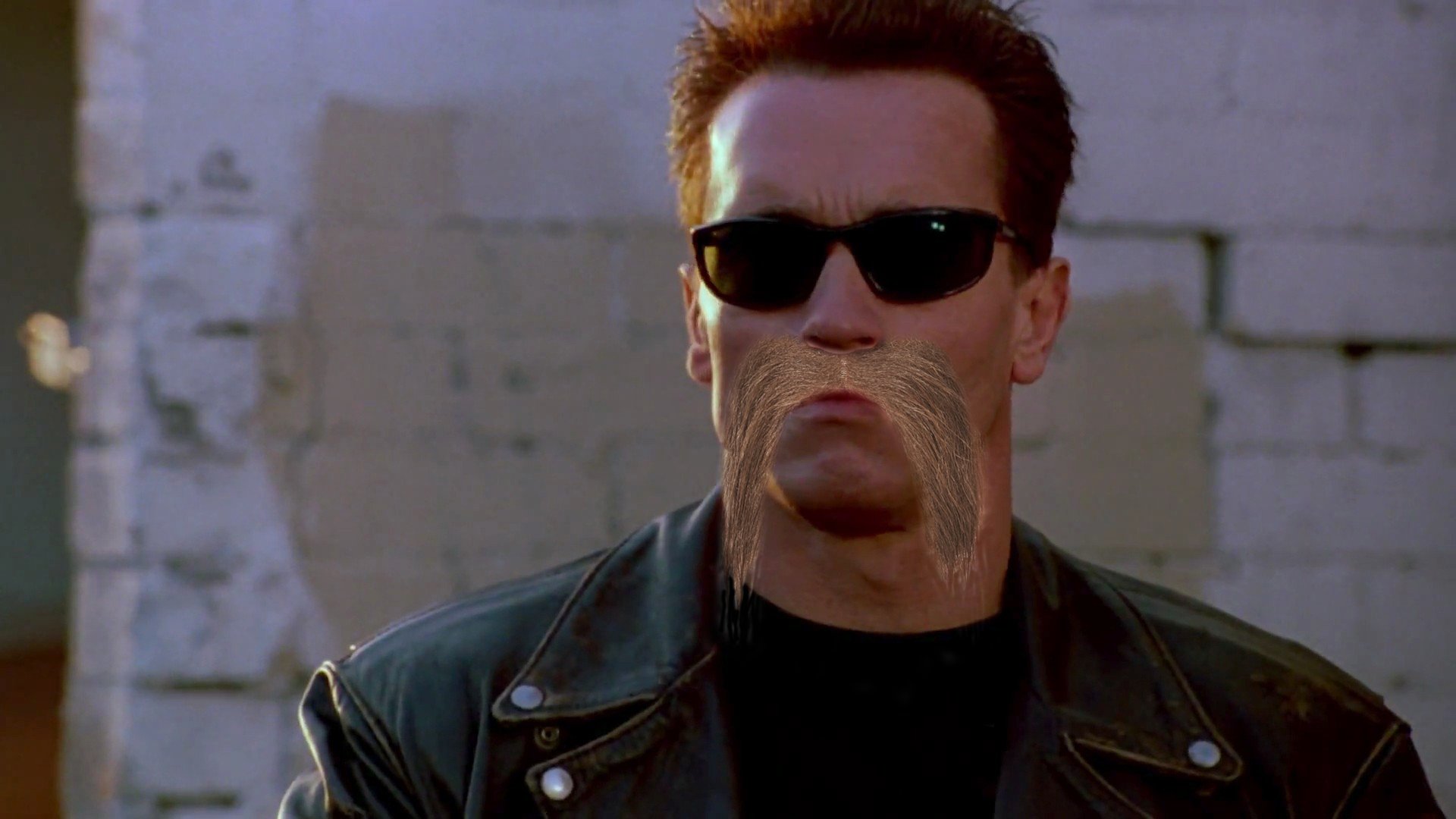 If you’ve ever loved the line that made Schwarzenegger famous, know that his mustache uttered it first. Director James Cameron couldn’t quite wrap his head around why cyborg’s from the future, a time of superior intelligence, would all sport ridiculous mustaches, despite Arnold’s claims they were to ‘blend in, in the sea of human stupidity of the past.’ Rather than risk roid rage from his star, Cameron opted to spend millions of dollars digitally removing Arnold’s upper lip musculature with green screen technology. But when you hear Arnold roaring “I’ll be back” in The Terminator, it’s actually a threat from his cloaked mustache.