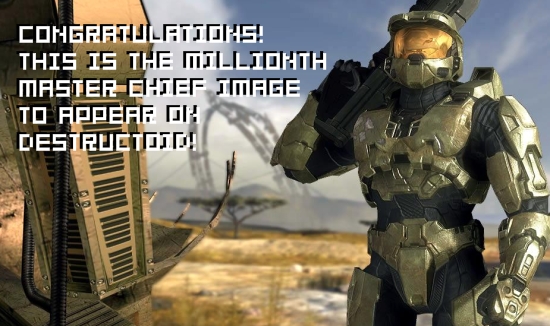 Very much like Florian “Has won a powerful enemy” Eckhardt, it seems that 7-11 is both made of fail and due an almighty smack upside the head. Although the store chain is far from known for its sale of videogames, the biggest launch of the year in Halo 3 was just too much for the purveyor of iced slushy treats to ignore, hency why 7-11 held a midnight launch of its own … for copies of a game that many of its stores did not have.

7-11’s distributor made the mistake of sending out the games via second day delivery instead of overnight express, meaning that a good deal of stores simply didn’t have anything to sell at midnight. Of course, a company rep would like to remind us that a vast majority of participating stores got their copies, but this is still proof that certain establishments need to stick to quasi-liquid refreshments, I think. That makes the news that 7-11 is planning to sell more games in 2008 even funnier.

Not the best start for the company’s new plans, to screw up the biggest game launch we’ll have for a good long while, but everybody has to start somewhere, I suppose.