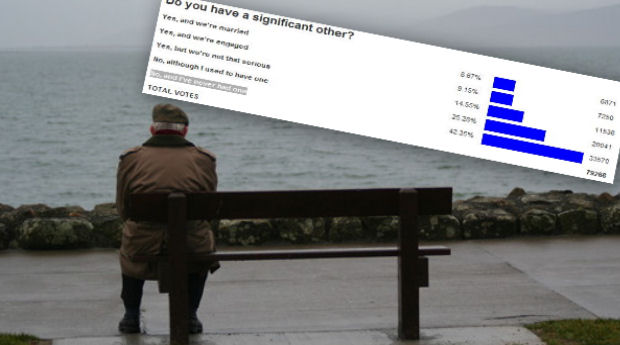 The common image of the average GameFAQs community member is that of an adolescent, perpetually lonely, squirty little virgin who makes nightly love to his cardboard cut-out of Nathan Drake. According to an anonymous (obviously) poll set up by the site, that image has now been proven to be a scientific fact.

The poll gaged the relationship status of 79268 GameFAQs users and the results were conclusive. 42.35% of users have never had a significant other, while 25.28% are currently single, but attest to having had “one” in the past. 14.55% are in a non-serious relationship, 9.15% are engaged, and a mere 8.67% are married.

Filed under... #How is this a story?#Things gamers do