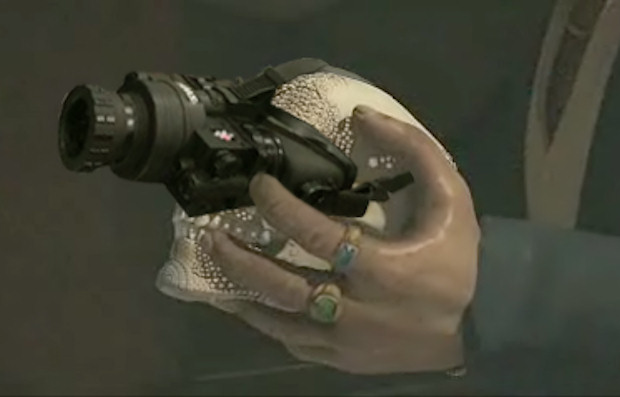 That’s right. Word on the street is that classical musician and sensitive artist 50 Cent will be making a cameo appearance in Modern Warfare 2, news which dropped following his visit to Infinity Ward. Despite the image above (pilfered from NeoGAF), it’s not been confirmed that any motherf*ckers have stolen Fiddy’s crystal skull in the Call of Duty sequel.

50 Cent will be lending his vocal talents to the game’s multiplayer, as confirmed by Infinity Ward’s Robert Bowling. He’ll appear in both the main online mode, and the Special Ops mode, playing “one of the squad voices.” I’d quite like to see 50 Cent in the army. At least then his claims of being shot would be impressive instead of vaguely depressing.

Now all Modern Warfare 2 needs is Vin Diesel and we’ll have the most perfect game ever created.