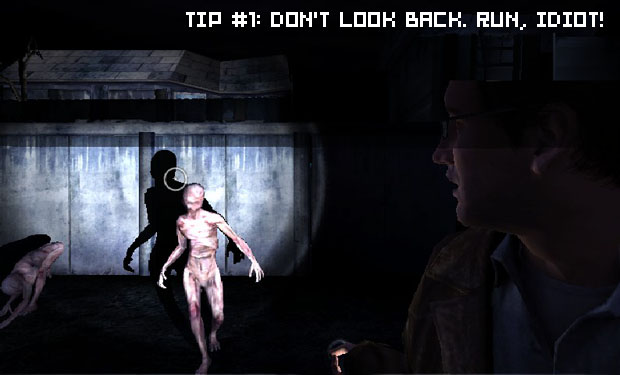 I played it, reviewed it, loved it. Silent Hill: Shattered Memories is easily the best experience I’ve had on the Wii, and one of the better ones in the Silent Hill world. And speaking of worlds, I was in my own little one until I began reading the comments on the review. It was then that I found out that some were having difficulty with the title. Later, I read many other reviews and found that while some shared the same enthusiasm, others seemed to have had some issues with the game. Why the disconnect? What were they missing that I saw?

For some reason, I feel passionate enough about this game that I find myself wanting everyone to enjoy it. There’s an excellent game here, and I hate to see some misunderstandings or control hang-ups getting in the way of everyone having the great experience I had.

In an attempt to remedy this, I’ve put together five spoiler-free tips that I feel are key to enjoying Silent Hill: Shattered Memories on the Wii. Hopefully this will benefit both those that have played the game and those that are still considering playing it.

It’s so short, they say. And at eight hours, tops, it isn’t the longest game, though that’s actually on par with the other series games. They’ve always been pretty good at spending enough time to tell a story, but not adding any extra fluff. Much like most of the other Silent Hill games, you’ll get the most mileage and enjoyment out of Shattered Memories by taking your time. As a story-based exploration game, if you’re running past elements that further develop the story, you’re only cheating yourself. So walk, look around, read thing and think about things.

One of the most interesting story devices in Shattered Memories is Harry’s mobile phone. While there’s a few mandatory story elements that come through it, there are many more that are optional. Seek them out. There’s phone numbers on posters and signs everywhere. Call them, listen,  and bring yourself deeper into the game’s world.

Also, don’t be afraid to poke around. The first-person zoom mode uncovers lots of interesting things, and Harry’s commentary on these items is always fun. You’ll also come across hidden mementos, many of which have some pretty deep symbolism. Don’t just collect them, look at them. The developers put a lot of work into the story, but it’s up to you to take your time and enjoy it. 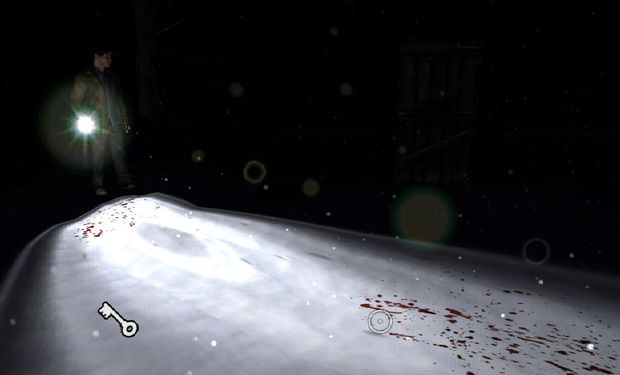 I’ll be honest: My first session of Shattered Memories didn’t go so well. I loved the exploration side of the game right away, but when it came to the frantic chase scenes I was having some trouble with the Wii controls. You see, in this game, there’s no combat. Instead, you’re using your Wii Remote and Nunchuck as hands, using them to push off monsters as they tackle and attach to you, trying to bring you down.

The key here is to not use the grand, forceful movements you’d normally use if this situation were real. What happens when you go nuts with the controllers is that the sensors don’t respond as well, and your arm flailings do little more than have the controller cord slapping you in the face. I found what works best is smaller, more firm movements.

If an attacker comes at you from the front, push the controllers forward in a solid but controlled gesture, and you’ll find that the game responds nicely, and the monster will fall back on his ass. If one comes from the side, give a quick but firm flick in the direction they’ve come from, and you’ll shake them off easily. There’s a small learning curve, but once you’ve got it, you’ll find that it’s quite reliable.

Making sure that you’ve positioned yourself so that you can move freely also helps. You’ll want a clear, working view of the sensor bar, as you’ll need to be able to reliably transmit controls in those crazy chase scenes. Limiting your moving room is like limiting your enjoyment of the game. Keep your cursor within the confines of the imaginary zone your television sets. Going beyond that is going to leave you stuck, and that usually happens at the worst time.

Run. Run your ass off. That’s my best advice in the nightmare sequences, where Silent Hill becomes a frozen, convoluted hell version of itself. One of the main complaints I’ve seen is that players become discouraged when they get lost in the nightmare world. What they’re not realizing is that was the intended effect. You’re supposed to feel lost and helpless, which is supposed to convey the feelings that the game’s story is trying to tell.

Instead of being discouraged with being lost and not being able to attack, go in prepared, knowing what you need to do to survive. Here’s a few points that kept me from getting discouraged in the nightmares: 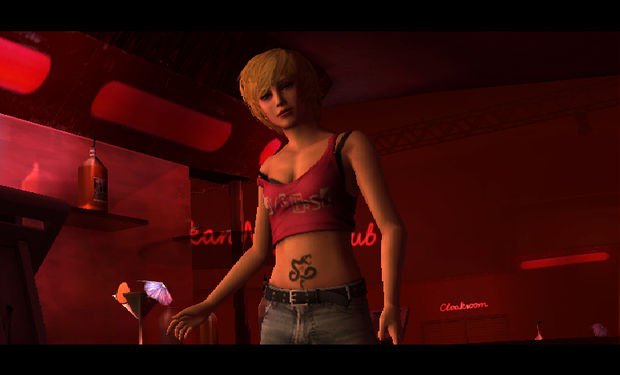 Have an open mind

Many of the issues some had with the game tell me that the bigger picture is being missed. And while I can’t divulge many of the story details without spoiling the story, I can say that there’s a reason for the game play elements/controls in Shattered Memories. Many complain about the lack of weapons and attacking, but there’s a very specific (and good) reason for this. The enemies themselves aren’t as varied as in other games, and again, there’s a good reason for this. Even the way the  story elements unfold has been created with the end result in mind. You’ll see what I mean.

Having an open mind should even extend to the fact that this is a re-imagining of the first game’s story. Those shooting down story segments for a lack of continuity are missing the point completely. You’re best served by not comparing this title with other Silent Hill games. Shattered Memories’ story is more about the human mind and less about some fictional history, and when you look at it that way, it’s pretty easy to appreciate, and definitely easier to understand.

Play it more than once

If you were to take all of the above into consideration, I think you’d enjoy Shattered Memories. But this is a game that’s just begging to be played more than once. Sure, there’s multiple endings, but the entire experience can be different depending on how you play the game, and seeing just how much things can change goes a long way toward making the most of this game’s story.

Climax has designed the game so you can’t see everything the first time through. The trick to accessing everything is through your actions as well as your answers to the psychological profile and tests. Events, locations, and even characters can change greatly depending on your profile. Even what you look at in-game is factored in. My recommendation is to do things exactly opposite of the way you did in your first play through the second time around.

My second time through was packed with plenty of a-ha! moments, but the clarity I gained from knowing where the story ended up the first time is what really made this a spectacular experience. Only then did I recognize the symbolism in everything, and there were several times that I had to pause the game and reflect on what the game was really saying about its characters. And wow, a lot was said here. This game is telling a pretty complex story, and I’m glad I spent the time to go deep enough to really enjoy the tale they’ve spun. Some of it is pretty damned creepy, so look out for that.

Oh, and there’s a dog/UFO ending, just like the other Silent Hill games, so you should really play it a third time.