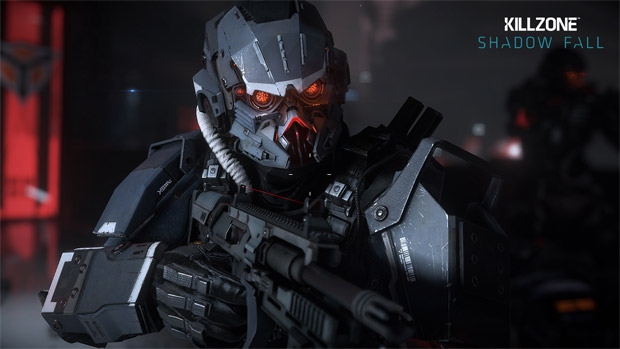 Downloading the initial 7.5GB should be enough to get you started

A previous report pinned Killzone: Shadow Fall as being around a 50GB download for PlayStation 4 users who opt for the PlayStation Network version. According to Eurogamer, the title is now 39.7GB in Europe and closer to 37GB for regions which include fewer languages.

This is optimized, mind you — Killzone 3 had a larger file size despite the fact that Shadow Fall is, by technical director Michiel van der Leeuw’s estimates, “five to 10 times bigger” in terms of surface area.

“I think at some point the disc image that we were generating was around 180 gigs,” he said. “And if we would have put all the levels in, which we didn’t, because then the disc image generator broke, it would have been around 290 gigs of data.

“So we had to completely re-architect how we deal with data. And we did a lot of work — this is actually something I’m extremely proud of — to optimize our disc access pattern. Sony made special libraries for us because we were the first ones hitting these sort of problems. I think it’s something that a lot of people will need to be doing in future.”

Juggling installations is not something I’m fond of doing after spending much of this current console generation stubbornly sticking with an original 20GB Xbox 360 hard drive. As okay as I am with ditching physical copies of my media, that’s not looking like a viable option in the long run. Although, come to think of it, discounts on the store will be the end of me.