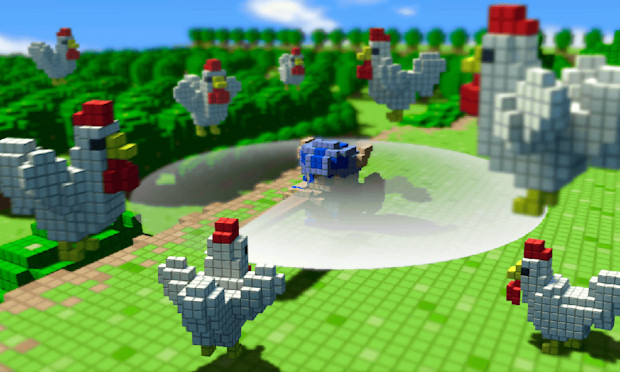 So far, one of the main things we’ve known about From Software’s 3D Dot Game Heroes is that it’s a PS3 exclusive. From even confirmed as such a few weeks ago, explicitly stating that it was only for the Big Black Box o’ Blu-ray. However, it seems the actual development studio, Silicon Studios, is open to the idea of a 360 version.

“We can do it. Our libraries are multiplatform, so it would be possible to make it for 360,” states Hiroyuki Misawa. “It’s up to From. We’re a developer, so if there’s a call to make it, I believe we can do it.”

Misawa was also asked about the whole Zelda thing, although he seemed to be ducking the question. He did confirm that the studio has in no way tried to get Nintendo’s blessing, and that 3D Dot Game Heroes is “something like” an homage. He also denied that the created character data being shared with customers is Link, stating that “It probably looks like it, but it’s not.”