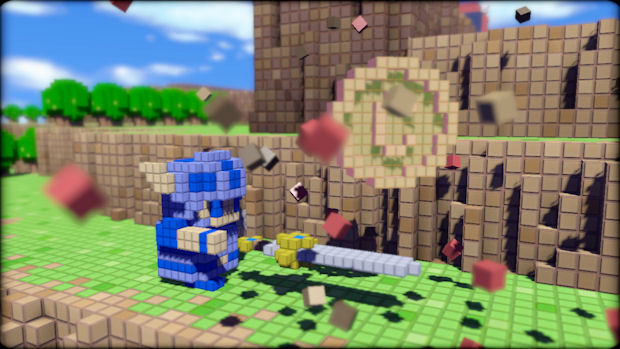 When a PS3 game gets an installation, it’s usually mandatory. BioShock 2 made us wait nine minutes while it cluttered up our hard-drives with its nonsense, and it’s not the only one. Ninja Gaiden Sigma II, Resident Evil 5, inFAMOUS, and many more force you to use up HDD space and waste time looking at a progress bar, and it’s really getting annoying. Fortunately, 3D Dot Game Heroes doesn’t want to force its users to jump on command. Its installation will be optional.

“The installation will be optional,” confirms Atlus’ Aram Jabbari, quite proudly. “The install is almost a shame, because the loading screen has box art parodies, some of which are exclusive to the North American version of the game and feature North American art … The installation is a gig or two, we don’t quite fill a Blu-ray like that. We think it’s good that it’s optional.”

This is really what it should always be. I think it’s arrogant to assume that all gamers are pleased to clutter up their HDD on your command without having a choice in the matter, and some of us want to put in a disc and play a game, not wait for ten minutes while looking at a PS3 progress bar. I swear I’ve looked at that bar more than I’ve actually played games, and that’s not a reputation the PS3 should strive to have.