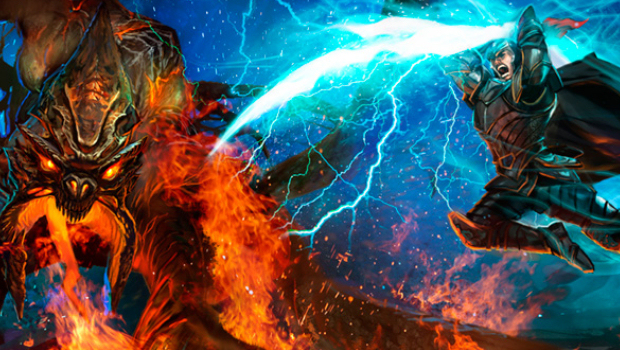 38 Studios has attempted to justify the content being gated behind an online pass in Kingdoms of Amalur: Reckoning. When asked why an entire quest line was being held to ransom in exchange for new sales, the developer said it was originally planned as paid DLC.

“The House of Valor content is, for all intents and purposes, our first DLC content,” said community manager Muse. “Instead of holding onto it for a month or more and charging everyone for it later, we opted to give it to those who purchase the game new for free.”

It’s a complex situation though, I grant you that. Giving away DLC is more akin to rewarding new customers rather than punishing used ones, something I’ve actively encouraged. Still, one can then argue if it’s really a “gift” when it could have been in the game originally and was taken out to sell at a price. It certainly bears a lot more thought than it looked like it deserved, given the clumsy presentation of the pass found within the game’s box.

In any case, I maintain that having this pass as the first thing a customer sees really sends the wrong message about how confident a publisher is that it won’t be traded into GameStop within a week. Maybe next time, don’t have a game box that’s nothing but the disc, the EULA, and a “Please don’t trade me in” flyer.