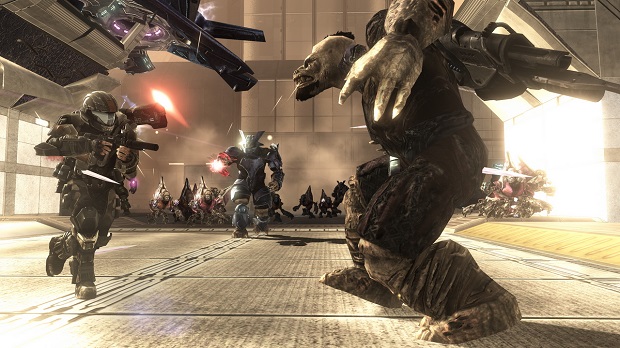 The troubled launch of 343 Industries’ Halo: The Master Chief Collection has been well-documented. Ever since its November 11 release, players routinely experienced difficulties getting the multiplayer component of the game to work, as 343 scrambled to develop patch after patch hoping to rectify the situation.

While the situation is less than ideal, 343 and Microsoft are attempting to make amends. Over the weekend, it was revealed that anyone who played Master Chief Collection online between launch and December 19 would receive a remake of Halo 3: ODST free sometime in the (presumably) near future. It wasn’t mentioned, but it’s also reasonable to assume that ODST will also be a paid add-on for everyone else sometime down the line.

Microsoft and 343 are sweetening the pot a bit more beyond just ODST. Other tokens of apology to be gifted to early adopters are the Halo 2 anniversary map “Relic,” a free month of Xbox Live Gold, and an exclusive in-game avatar and nameplate.

A Thank You to Our Fans from Bonnie Ross [Xbox Wire]