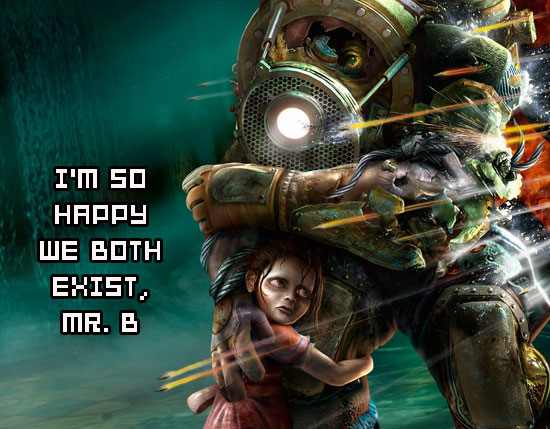 BioShock accomplished a lot in the year 2007, garnering praise and high scores from countless print and online sources. So when 2K’s Chris Kline mentioned in his GDC session in Paris that the game should have failed, it surely sent a quizzical expression across many faces (as it probably is doing to many of you reading this now). Why should this amazing game have failed?

In Gamasutra’s article on the topic, Kline’s point is expanded upon as he revisits where the concept for the game started (inspiration from System Shock 2 was major), how the focus on the title evolved from functioning in a fully interacting world to one that engages the player directly, and the concept of selling a “sequel” to an unsuccessful game, which was cleverly addressed:

When they returned to the game, there was some concern about the fact that they were trying to sell to publishers a sequel to an unsuccessful game, so the developers “faked it,” said Kline, by giving GameSpot an exclusive on the game alongside a planned System Shock 2 retrospective for its five year anniversary.

There’s some fascinating information here, especially for budding developers looking for innovative ways to approach the games they want to create. I personally find it inspiring to think that my favorite game of 2007 was once considered dead before it got out of the gate — it says a lot about the transformative power of effort.