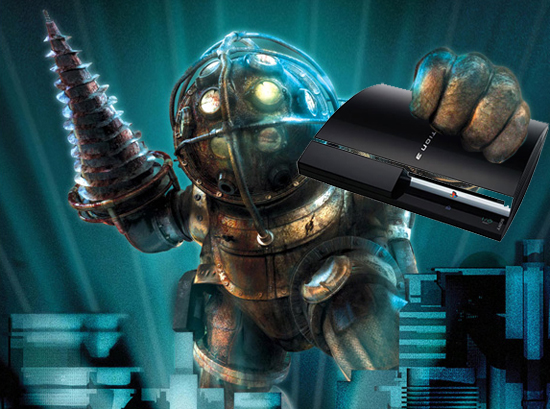 Some murmurs have surfaced in regards to seeing the BioShock franchise on the PS3, thanks to some job postings on the 2K Boston website requesting multiple positions with PS3 programming experience. 2K themselves have said word for word that BioShock will not come to the PS3; however, we all know that a sequel (or prequel) is in the works, and if 2K is smart, they will want to spread that upcoming title to as many consoles as possible. More consoles means more sales, people. MOAR!

I wouldn’t call this bit news, as the more I look at the source the more I feel it’s a case of picking at crumbs. The possibility is there however. Frankly, I would still play the 360 version because I happen to enjoy achievements, and even though I know the PS3 game would likely be gorgeous, achievements win the war for me in the end. What’s your preference, if you have one?