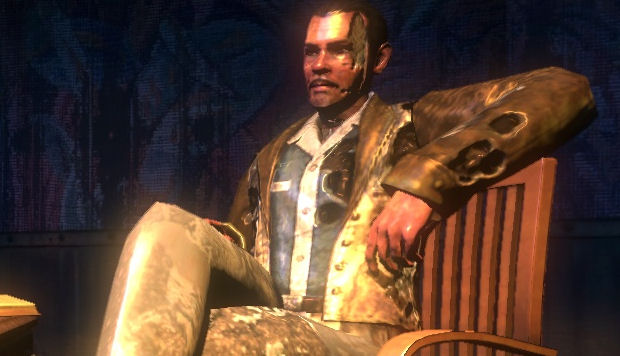 During our interview with 2K Marin concerning BioShock 2, we couldn’t resist asking about fanboyism and the console wars. BioShock was, itself, at the center of a battle between Xbox 360 loyalists and Sony insurgents, as its prior 360 exclusivity made it a prime target for the latter. Until, of course, it was released on the PS3. Then the PS3 fanboys claimed it was brilliant, and not rubbish like they had done before.

Since BioShock and fanboys are no strangers, we asked BioShock 2‘s creative director what he thought about the long-running online battle for console supremacy.

“There’s a cognitive effect known as ‘confirmation bias’ which leads people to latch onto conclusions that support their preferences and ignore data which doesn’t,” explains Jordan Thomas. “This leads to wild, unreasoning loyalty to a chosen platform, sports team, or brand of soda.

“From a development perspective, the console wars are a bit silly; our target is consistency, and it’s always kind of sad to see people throwing their energy into “platform partisanship”, because it seems to flood the critical channels and drown out other creative discourse.”

This is the sad truth about these system wars. If fanboys think that developers appreciate their flame wars, they’re wrong. Arguing about review scores because publication X didn’t give game Y a 9.5 does little to promote the merits of the game. It obscures that game’s merits and overshadows them with silly controversies and mud-slinging. Fanboys aren’t helping the developers and publishers that they so diligently defend.

Fortunately, Thomas is sensible about it: “I, of course, am immune to such bias – best platform? Coleco Adam. Everyone else is really, really dumb.”