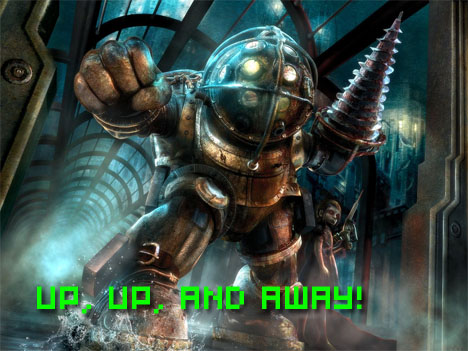 So I was supposed to hold off on revealing this until tomorrow, but thanks to the folks over at Cryptic Studios I’m able to provide you with this tasty morsel of superheroic news. Today, 2k Games announced their role as the international publisher for Cryptic’s upcoming superhero MMO for the Xbox 360 and PC, Champions Online.

Champions Online marks the first MMO published by 2k Games, and while naturally the respective executives are crowing over how happy they are to be working together, it’s not simply lip service. Champions Online‘s Xbox 360 release stands to help expand MMO gameplay to an audience that either can’t or won’t play on a PC and aren’t that into Final Fantasy XI. Unfortunately we’ll have to wait until Spring 2009 to see whether Champions Online can leap the wide gap between PC and console players, or if the Xbox 360 proves to be its kryptonite.

[Via a very confused CVG]