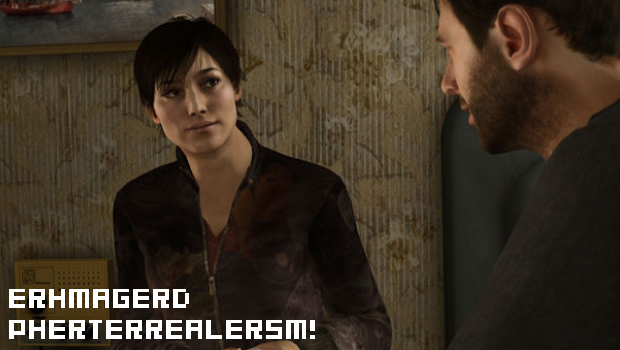 2K Games, ignoring the fact that it is publishing BioShock Infinite and Borderlands 2 — two incredibly cartoony games that are nonetheless unique and promising — has stated that photorealism will drive innovation, and that new genres won’t open up easily without it.

“Recreating a Mission Impossible experience in gaming is easy; recreating emotions in Brokeback Mountain is going to be tough, or at least very sensitive in this country … it will be very hard to create very deep emotions like sadness or love, things that drive the movies,” the 2K boss told GI. “Until games are photorealistic, it’ll be very hard to open up to new genres. We can really only focus on action and shooter titles; those are suitable for consoles now.

“To dramatically change the industry to where we can insert a whole range of emotions, I feel it will only happen when we reach the point that games are photorealistic; then we will have reached an endpoint and that might be the final console.”

I don’t know where to begin with this madness. There are so many responses that just one cannot be chosen. I have therefore listed all rebukes in bullet-point form. Feel free to pick your best ones, or suggest new ones of your own!