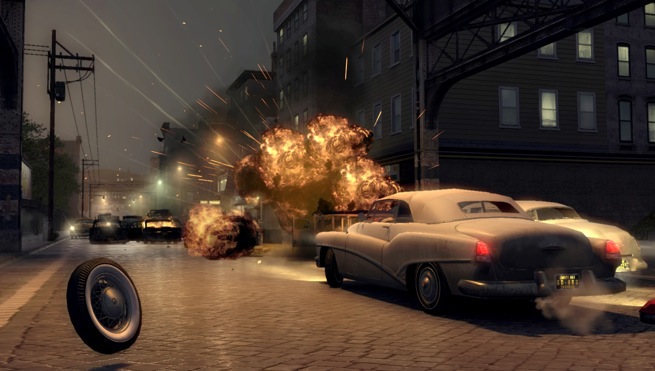 Earlier we reported that the demo for 2K Games’ Mafia II would be hitting Xbox 360 and PlayStation 3, via an advertisement in a British gaming mag. Now, 2K has confirmed the demo for a PC release, as well as dropping more details on what to expect.

The demo will be of a mission called “Buzzsaw,” where Vito and his mobster buddies Joe and Henry are sent to take out “The Fat Man.” The demo takes place during a summer in the 50s, the “Birth of Cool,” an era where rock n’ roll, hot rods, and greasy ass hair were all the rage.

You know what I want? A downloadable mission where you have to kill “The Fonz” from Happy Days. Make it happen, 2K.