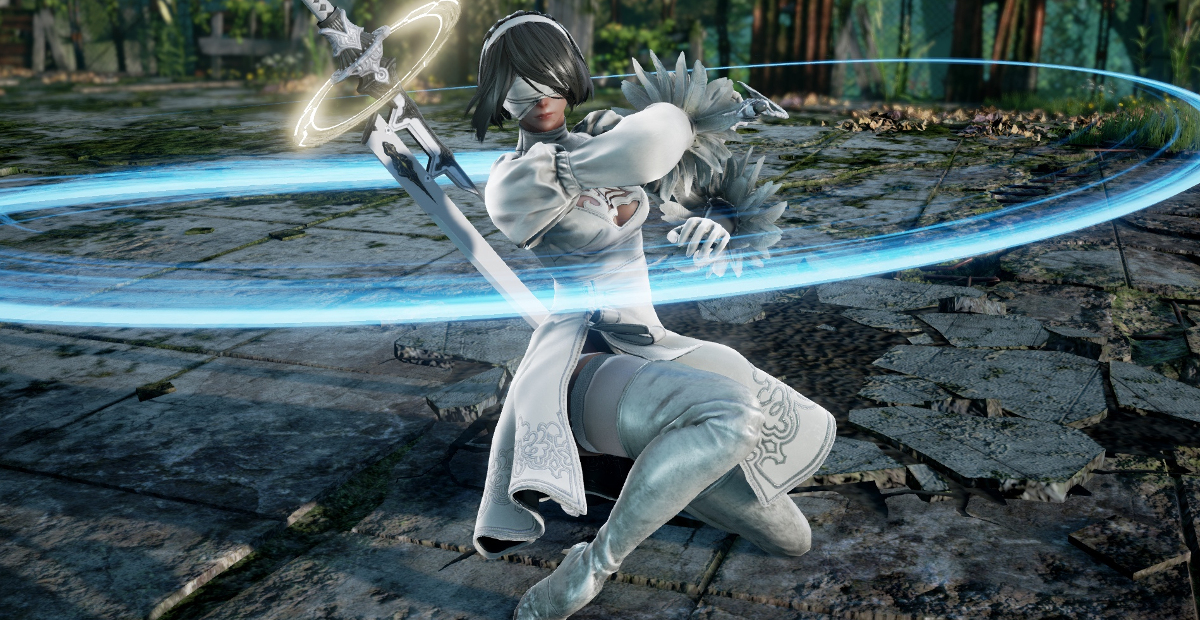 It’s shaping up to be a big two weeks for NieR: Automata despite being over a year since it released. We already got a weird as hell quote from director Yoko Taro confirming the game of the year edition this week. Next week, the depression-bringing android 2B will make her debut on the stage of history.

Releasing on December 18th, 2B will be available to play in Soulcalibur VI. While no price has been set, she is considered to be part of the season pass so those who paid for it shouldn’t have to do anything. Those looking to buy the DLC characters piecemeal will likely have to front the $5.99 that is being charged for Tira currently.

Between Geralt and 2B releasing for Soulcalibur, and Persona 5’s Joker being announced for Smash Bros., I think we’re in the middle of a beautiful era of crossover fighters.

Stand ready for battle: @NieRGame’s 2B will bring her blades to the stage of history on December 18th! Get your copy of @SOULCALIBUR VI: https://t.co/qasTVeNWN5 pic.twitter.com/QlLi9arNa2