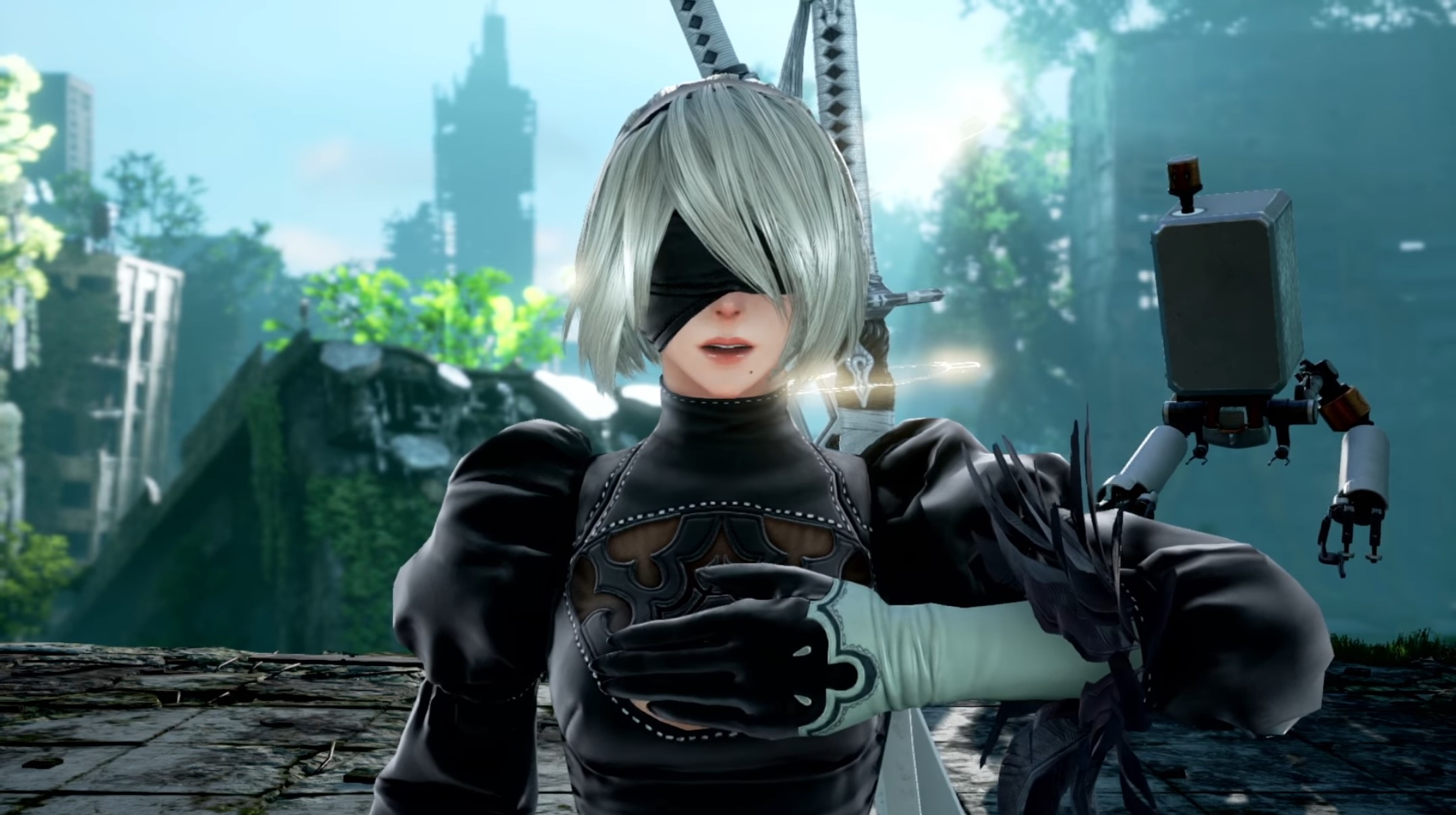 Geralt vs 2B is now real

Continuing the recent trend of crossover, Bandai Namco has announced that 2B from last year’s NieR: Automata will be coming to Soulcalibur VI.  The accompanying trailer reveals a moveset, that pulls heavily from her original game, going so far as to incorporate the pod.

While no date has been given, 2B will be bringing plenty of items from NieR: Automata with her to the game. She will once again have Kaine’s outfit as an alternate costume, along with several items for the create-a-soul feature, including Emil’s head. The City Ruins will act as her stage, and will have music from NieR: Automata.

While 2B is great, and is making me consider the game now, I have a sneaking suspicion that we’re going to have a repeat of Tekken 7‘s initial wave of DLC characters. Expect more characters from other franchises, not ones from the Soulcalibur franchise.