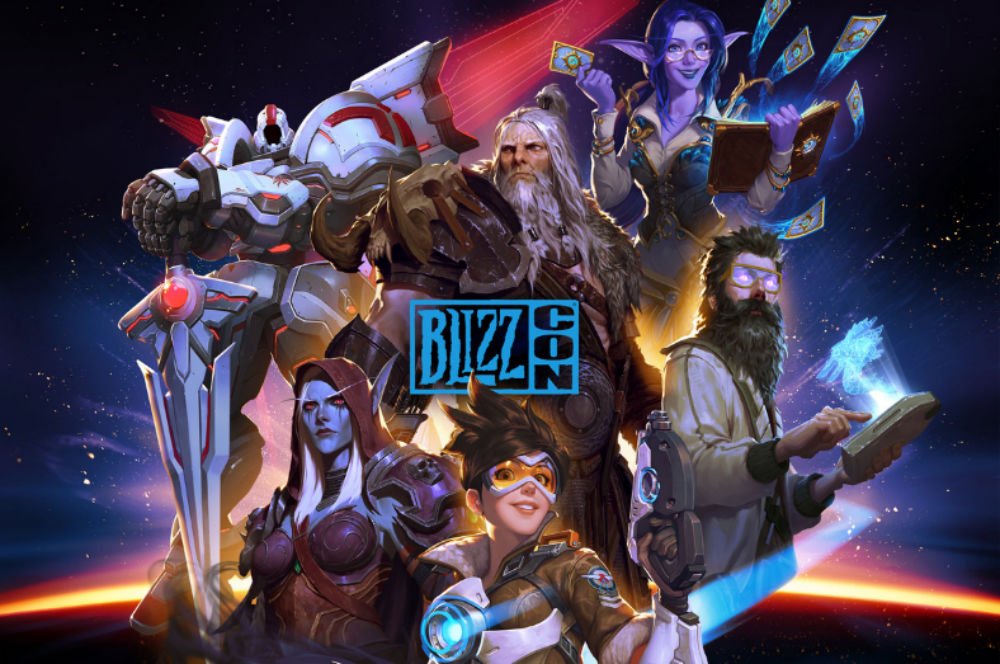 Although indirectly for the latter

Blizzard is gearing up for another BlizzCon this year, and the key art is set in stone. Revealed this past weekend the piece definitely centers around Overwatch and World of Warcraft (with Tracer and Sylvanas in the frontlines), but there’s also a Diablo barbarian present, as well as Egon Stetmann repping Starcraft II and Elise Starseeker flipping a bunch of Hearthstone cards.

So how is Heroes of the Storm represented? Well it’s probably the most timely of the bunch: Mecha Tyrael, who was the star of the most recent Heroes event. But by that same token he’s still recognizable as Tyrael from Diablo, a deliberate choice no doubt: Blizzard could have gone with Orphea or Qhira (or the Raven Lord for that matter).

Unfortunately there’s some catching up to do in the eyes of many, as BlizzCon 2018 exploded with controversy after the reveal of Diablo Immortal on mobile devices.

56 days until BlizzCon! Weâ€™re excited to share with you this years #BlizzCon 2019 Commemorative Art.

Filed under... #Blizzard#BlizzCon#Overwatch#World of Warcraft