I hope you were taking notes!

Game mechanics have always come first for me. I love looking at how a game works at a base level and tinkering with what is there. I’m very curious as to what the limitations are, always looking for a way to “cheat” mechanics or use them to my utmost advantage. It’s because of this mentality that I’ve broken my fair share of PAX demos (sorry everyone!).

There were at least four games this year that I would have personally awarded a 10/10 rating if I had reviewed them, just based on mechanics alone! In fact, I did review two of them! This is pretty much my personal GOTY list for 2016, though there are some games that would normally be on here if I were talking about more than just mechanics.

So here’s five games that are designed better than just about anything else that came out this year. 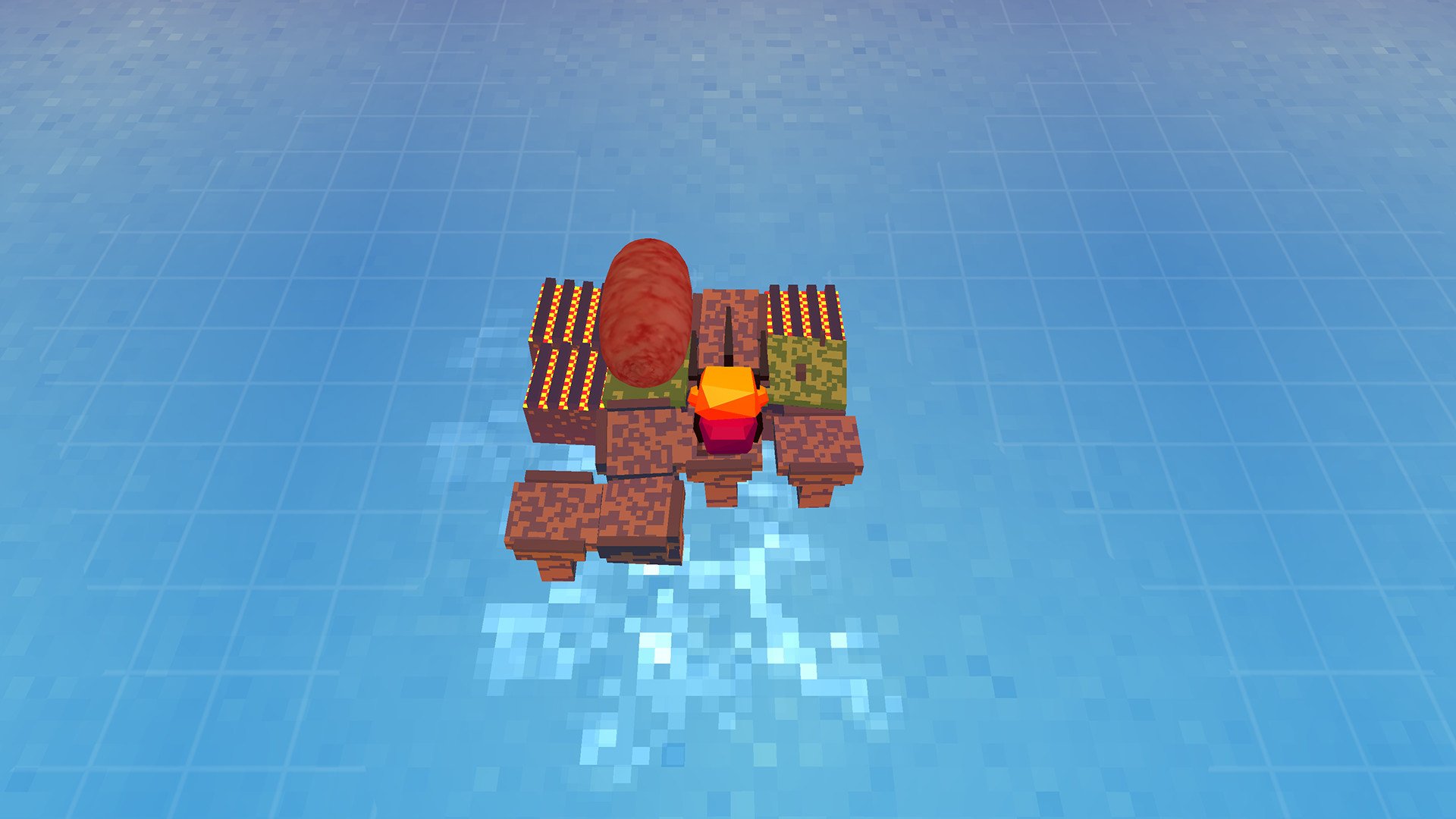 Stephen’s Sausage Roll is puzzle perfection. I just know people look at the Steam page, see the art style and the $30 price tag, and go on to completely forget about the game. I’ll admit, it doesn’t make the best first impression, which is a shame since its mechanics are top-notch. While the controls will at first seem unwieldy, there is a fine craft to moving about the world with your fork and sausages that takes time to hone, just like any skill.

Okay, so let me tell you the moment that I knew this game was going to be a step above the rest. After the first set of levels, which are already difficult in their own right, you come across a stage that you can’t beat. At least, it seems that way at first because based on 1) the mechanics you’ve used so far and 2) the level design, there is no way to cook the sausage. Then, something magical happens.

People who play video games are naturally going to explore all of their options. This is something that early games like Super Mario Bros. and Mega Man X knew and exploited; there are only so many things you can do, so here’s an obstacle and FIGURE IT OUT. So, players are pushing and moving the sausages until it happens: you skewer the sausage with your fork using the wall. Wait, what? I can do that? Could I always do that? The answers, of course, are “Yes you silly goose.”

I immediately thought back: how the hell have I not speared a sausage yet? As I remembered the level designs, I realized none had presented me with that opportunity. There’s not even a wall to be seen in the first world! The game didn’t add an extra button for a new mechanic, it simply altered the level design in a way that allowed me to utilize something that had technically always been there, and also makes a ton of logical sense. I had even thought early on “Man, I wish I could stab this sausage with my fork.”

This happens a couple of times throughout the game, the ultimate example of which is at the level “Dead End.” I’m not going to spoil what happens there, but it is one of my favorite in-game moments of all time. I know it sounds hokey to say it “blew my mind” but holy crap that level blew my mind. 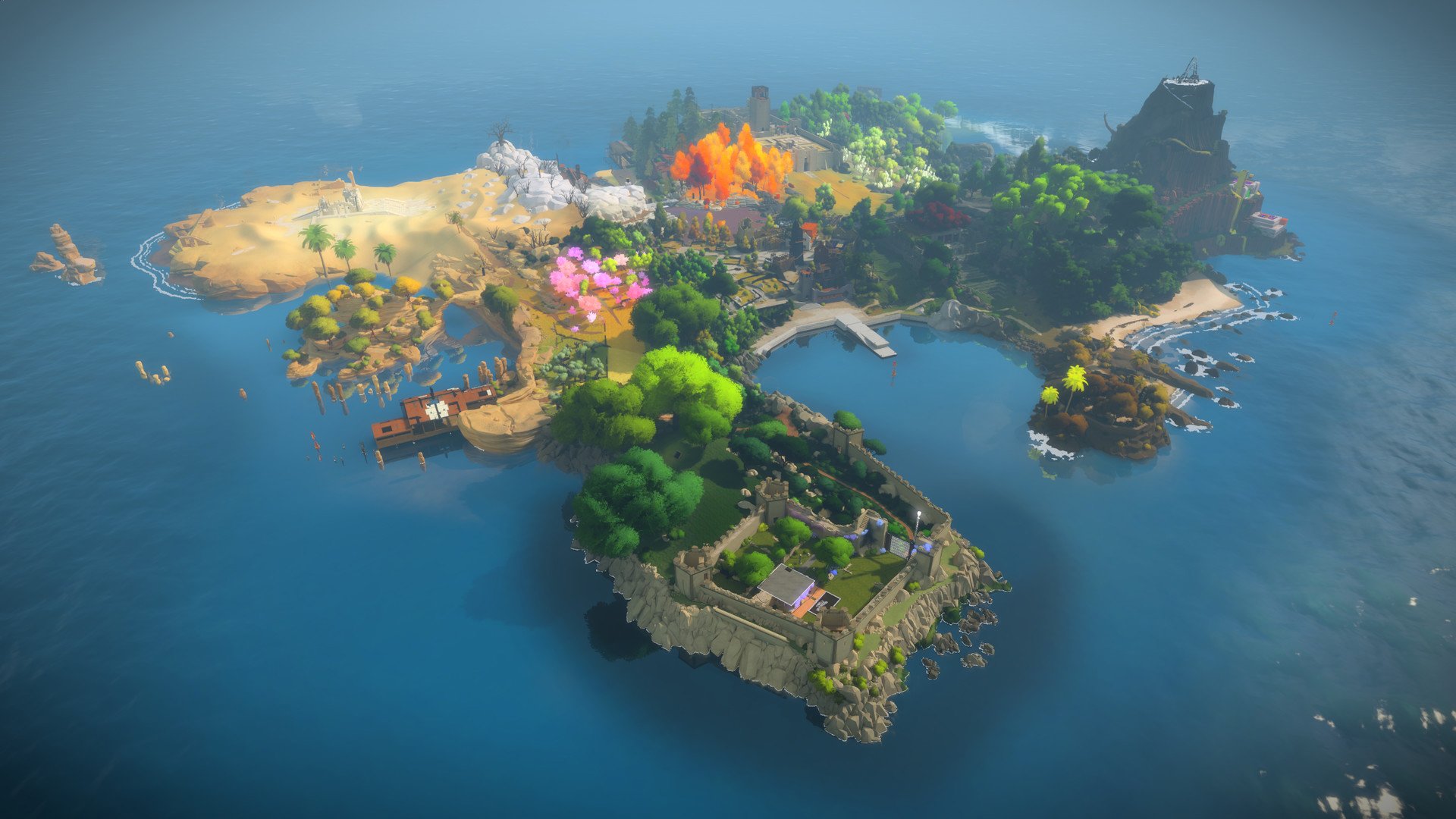 Okay, it’s time to finally put my thoughts down on The Witness. This is certainly one of the most masterfully designed games of all time. Solving the many grid puzzles never got old, and I loved the new puzzle mechanics used in the game’s various areas. I became obsessed with this game. I would sketch down puzzles, bring them into work, and just look at them and attempt (paper) solutions during my prep periods. Looking at my Google Photos, January and February are FILLED with Witness puzzle pictures that I wanted to look at when not playing the game. I could not get enough.

There’s so much to talk about here. One of the biggest things is that moment. It’s different for everyone and I won’t spoil what it is, but those who have played know exactly what I’m talking about. It completely turns the game on its head. For some, like myself, it happened early on. Others had it happen way late (despite a giant nudge in the right direction) and had a giant revelation that made them think of the game in a completely different way.

Then, there are the videos. Inputting the likely-to-be-first solution into the grid and being greeted with a guy saying “Well, that’s no better solution than any of the others, is it?” is so freaking perfect that I can’t stand it. Oh! And the candle guy. Man, I love that candle guy. Not to mention the final video, which I suppose is similar to the cloud puzzle in Braid, but actually enjoyable for some of us? Maybe I’m looking too much into that one.

The Challenge. Anyone who has really completed The Witness knows about the Challenge. Small anecdote: I saw a comment on reddit the other day that was criticizing this game for not having any music, and I had a small chuckle to myself. Anyway, the design of the Challenge itself is an amazing conclusion paragraph to an already perfect essay on game design.

And truly, The Witness is game design perfection. 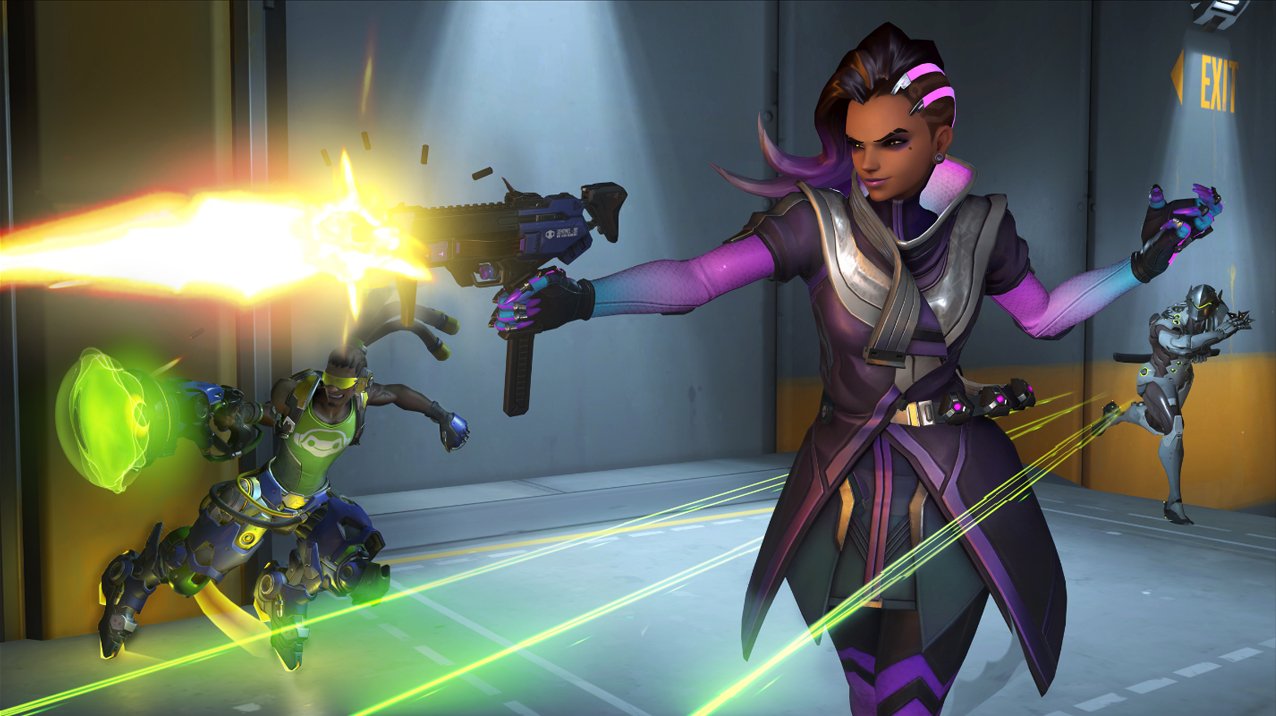 Surprise? Well, probably not. Overwatch has taken the Internet by storm. But putting aside the characters (diversity and waifus are a guaranteed hit), memes, and balance, this is a multiplayer game that is so excellently designed that it deserves every microtransaction you give it.

The way that characters all have a specific role and feel completely unique from each other deserves great kudos. Going from playing, say, Zarya and then switching to Lúcio is like night and day. Even when staying in the same hero category like Attack, Tank, etc., no two Heroes play alike. A big factor is movement and abilities. Skating as Lúcio is smooth, walking as Reinhardt is clunky (but not bad), and jumping and dashing as Genji feels guilt-ridden because you know you suck at Genji.

Another oft-overlooked aspect of design that Overwatch nails is its sound design. There’s a reason why phrases like “It’s Hiiiigh Noon” and “Heroes never die!” have stuck with people. Linking these very loud and clearly defined audio cues to in-game ultimates goes a long way towards improving the design of the entire game. Similar to loud footsteps, it forces players to concentrate on what is actually happening around them. Have you ever tried playing Overwatch without sound or with music in the background? Don’t expect to do well. There are so many other small touches too, like when Sombra is low on ammo, her gunshot sound is slightly different, letting the player know that they’ll need to reload soon.

Another shout-out goes to something outside the software itself: the Overwatch team’s community communication. Jeff Kaplan has become the face of the development team and he and his colleagues have simply been amazing since launch. Whether it’s from the update videos, in-depth patch notes, or forum comments, I don’t think I’ve ever seen a development team from such a big studio be so in touch with its community like this. 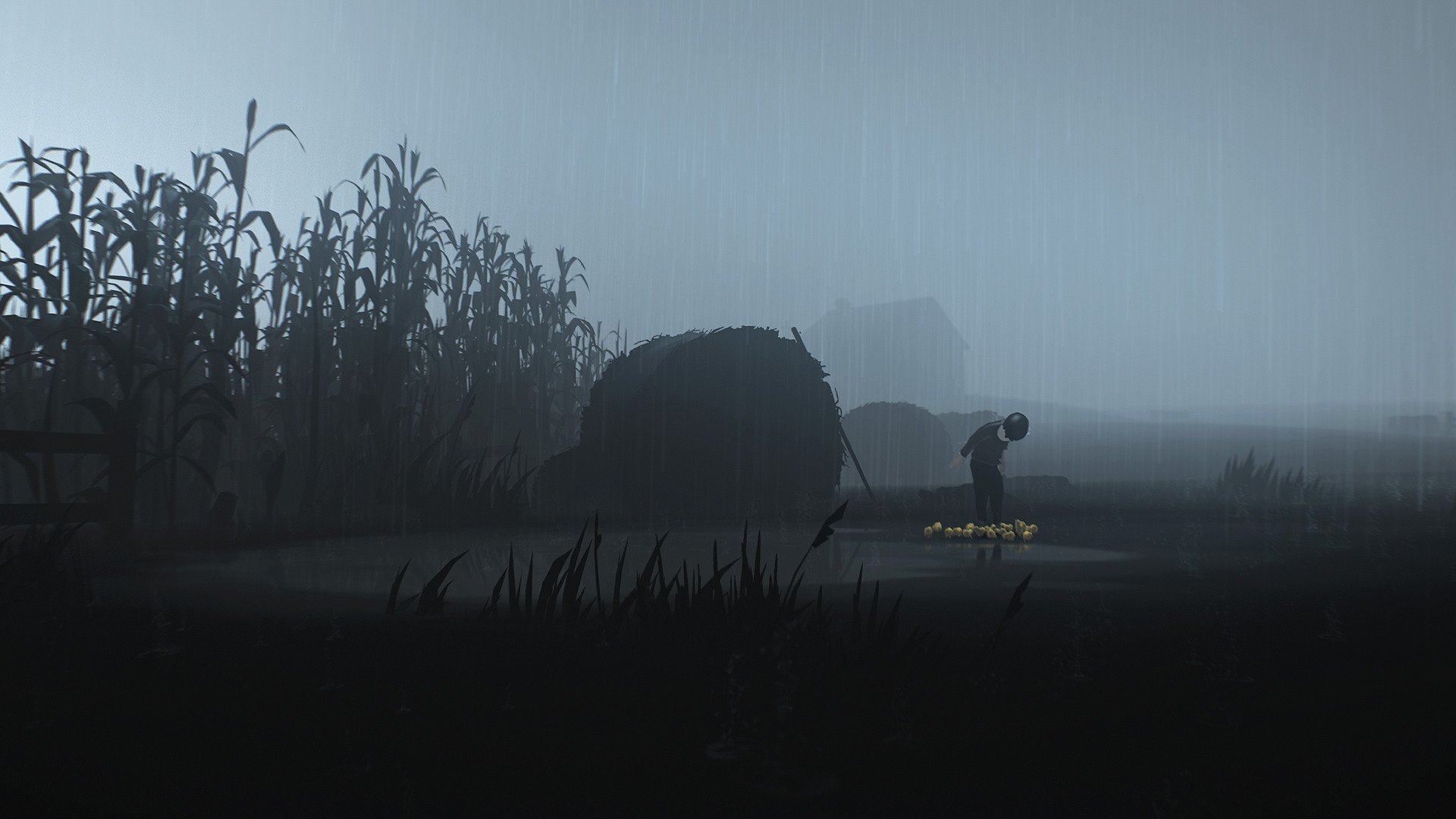 Man, what a beautiful game. I know Inside didn’t land with everyone who played it, but that doesn’t mean it wasn’t a masterfully designed game. Tell me if you’ve heard this one before: the elegance of this game’s design comes from its innate simplicity. The player is never given many things to tinker with. Thus, the solution comes from using a limited toolset to tackle difficult situations. It always seems to be true that limitations inspire greater creativity.

But, I didn’t really include Inside on this list for its puzzles. I think Inside might be the most polished game I have ever played. A big reason why the story works is because of how believable the main character is as a character. The animations are just so freaking good, no matter the situation. How many times have you continued to walk towards a wall in a video game, only to see the character make no forward progress but continue their walk animation? Doing this in Inside results in the boy putting up his hands against the wall and leaning into it, like a person would do.

It doesn’t feel like certain situations queue up certain character animations; it feels like the character is simply reacting to what is happening around him. It occurred to me partway through the game that every animation was incredibly crafted. That’s when I really started noticing. Seriously, go play the game or watch a playthrough and just notice the animations. Games tend to forgo things like that in favor of core mechanics, which is a terrible shame. 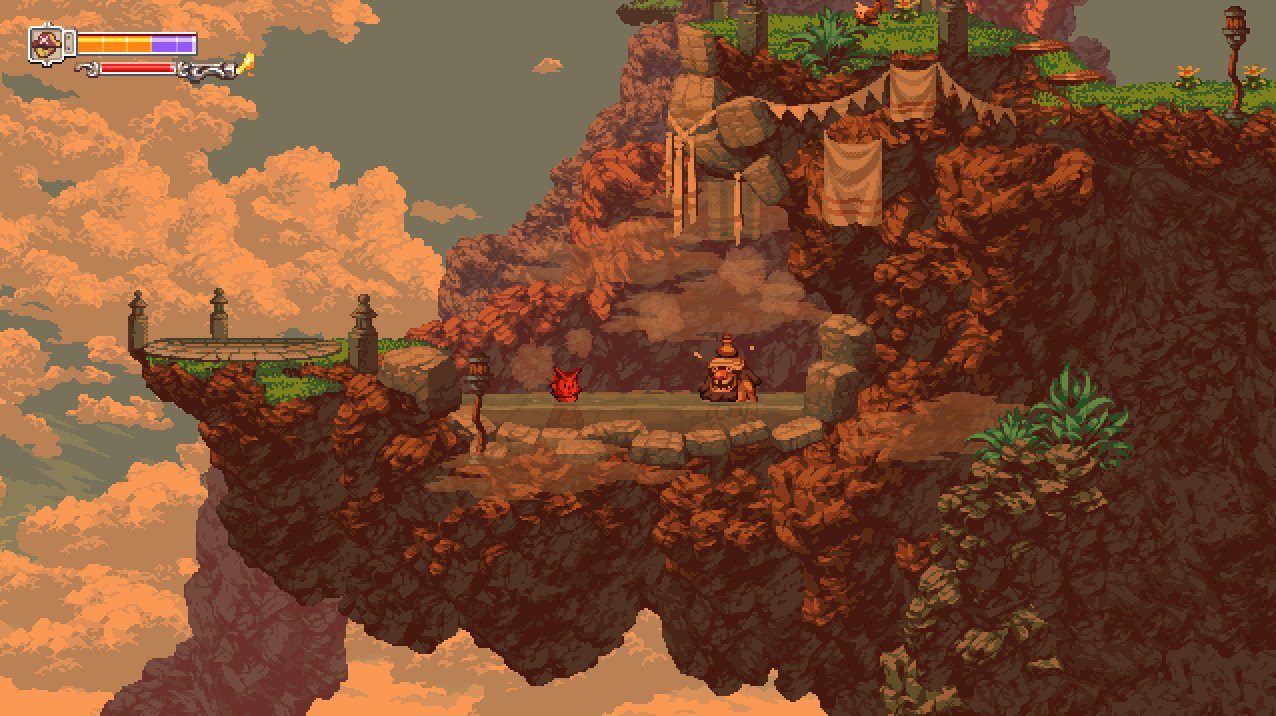 I’ll be honest, I was a bit shocked to notice that many people who played Owlboy came away with mediocre impressions. Maybe people were expecting it to reinvent the platforming genre for some reason? I truly can’t think of a single flaw in the gameplay. Controls are so tight and everything works the exact way you expect that there’s never any blame to put on the game itself for your dumb mistakes.

While it may be “tried and true” at this point, I love the way that the game slowly introduces new mechanics and enemies so the player never becomes overwhelmed. The first time you see a dangerous enemy, it’s usually in a very non-dangerous environment. The repercussions for not understanding how it works are slim, allowing the player to experiment in a stress-free environment (even if they don’t realize this).

Owlboy also does a wonderful job of instilling an incredible sense of power to a character that is, by all means, powerless. Tossing the characters around and swapping them in an out feels so dang satisfying to do from a player’s perspective. To use a perfect example, there’s an enemy that needs to be hit by Otus (the owl) to remove his outer shell so that he can be shot. While it’s not necessary, the player can throw up the character they’re holding, spin to remove the shell, catch the character before they fall, and then shoot ’em dead. SO GREAT!

Mechanics aside, the design of everything in Owlboy is done with such care and attention that it’s hard not to love the entire package. The story, music, and art direction all coincide brilliantly to create something that most people will never forget. Even now, I’m itching to jump back into that world and just be there.