I’ll be the first to admit that I have, in the past, been one of those “hardcore” fans who had displayed nothing but cynicism toward the Wii. Nintendo of America’s insistence on pissing off the “core” demographic and the endless cavalcade of shovelware and PS2 ports didn’t inspire or enthuse in the way such a plucky little system should have done. Fact of the matter is, I didn’t like what the Wii appeared to stand for, and I sure as Hell didn’t like 90% of the system’s so-called “game” library.

I must stress that I never had a problem with the Wii as a piece of hardware. However, I found it sorely lacking as a provider of games, enough to feel that occasional gems like No More Heroes, Super Mario Galaxy or MadWorld were not enough to justify using a system that would gather dust, as gamers so uniquely say.

Such an opinion wasn’t wrong, I feel, at certain points in the Wii’s life cycle. However, in the year 2010, I firmly believe that of all the criticisms you can level at the Wii, the one thing you can’t say is that it doesn’t sport a unique and fulfilling library. In fact, the year 2010 seems to be the year that the Wii finally provides something for everybody.

Whether you like it or not, this is the year of the Wii. Not just from a sales perspective (that’s every year), but from a “this system will kick your face off” perspective. This is the year the Wii stops gathering dust. 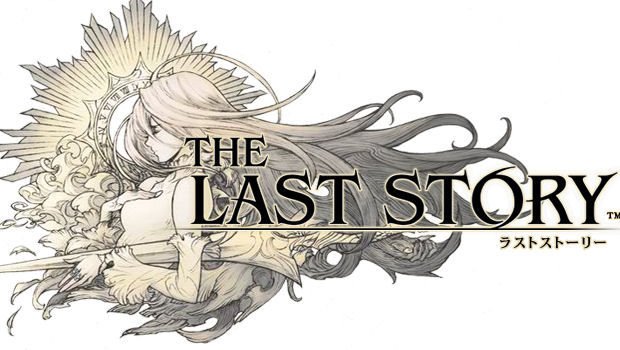 It is with some irony that Electronic Arts designer Will Wright said that the Wii’s library should be considered a toy. In many regards, he is correct — the Wii provides a huge amount of toy-like experiences, which is part of the reason why it has sold so damn well. However, Wright’s assertion that the Wii is not home to epic, full-length RPGs couldn’t have come at a worse time. This is the year that the Wii almost drowns in such RPGs.

Perhaps due to the low budget costs associated with a technically less demanding console, a number of Japanese developers are starting to recognize some potential for the Wii to become a PS2-like mecca of JRPG experiences. It’s no secret that good JRPGs have been somewhat rare on the Xbox 360 and PS3, and comments from Final Fantasy developer Square Enix seem to shed light on why — it simply costs too much.

Square Enix, for all its power and influence, has touched multiple times upon the difficulty of crafted an HD Final Fantasy. To create an eighty-hour RPG with all the trappings we’ve come to expect — huge cities, bustling towns, world maps and endless reams of content — requires astronomical costs and inconvenient amounts of time. This simply isn’t a problem on the Wii. Nintendo’s system is more powerful than a PS2, of course, but nowhere near as mighty as a 360 or PS3 — that’s actually a great boon for creativity, allowing developers to worry about something other than the graphics.

The result, of course, is a year with three incredibly promising upcoming JRPGs. We have Arc Rise Fantasia, Xenoblades and The Last Story. All three of these games promise classic JRPG gameplay and an epic narrative. All three are from studios who made a deliberate effort not to release their games on “superior” systems, yet are offering potentially deeper, more robust, and lengthier experiences than anything you’d find of a 360 or PS3. In short, these three games may very well be more “hardcore” than recent titles found elsewhere. 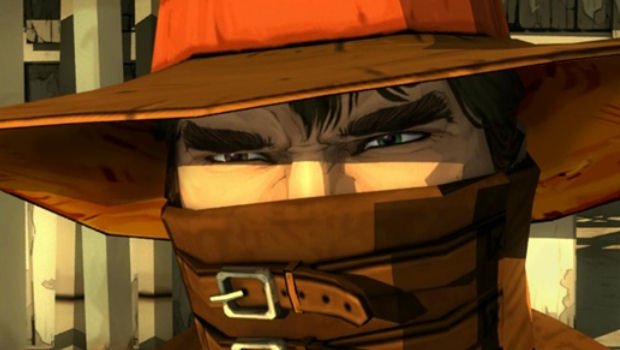 Of course, JRPGs aren’t the only things coming in 2010. FPS nuts have enough to be getting on with as well. We’ve already seen the release of Red Steel 2, an absolutely wonderful game that makes motion-controlled first-person-shooting feel both natural and incredibly fun. It doesn’t hurt that the game looks gorgeous as well — lacking the HD clarity of a 360/PS3 game, but no less strikingly pretty and brimming with original art direction.

In addition to Red Steel 2, we have a lot of support from High Voltage Software. The Conduit 2 was recently announced, a game which aims to create a true hardcore online shooter for the Wii. With a robust multiplayer mode featuring a variety of game types, as well as character customization, class-based options and co-op, High Voltage’s sequel seems incredibly promising indeed. While it’s true the game’s art direction leaves a lot to be desired, there’s no denying that The Conduit has enough tools to be an important Wii title, one that might deserve a lot of “core” attention.

This is in addition to The Grinder, that other FPS High Voltage is working on. Essentially the Wii’s answer to Left 4 Dead, it’s a co-op shooter where friends tackle undead beasties for fun and japes. A simple concept, but one that ought to work pretty well on the Wii if the controls are tight. Given High Voltage’s experience, there shouldn’t be much doubt that the controls will be near perfect. 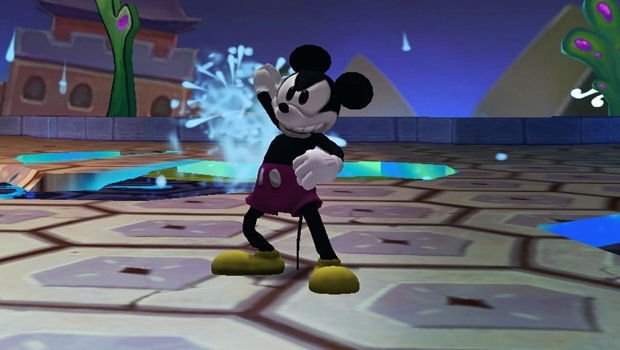 Want something a little more action/adventure flavored? A number of cool third-person adventures are hitting the Wii this year as well. Chief among them, of course, is the long-awaited Epic Mickey from Warren Spector. This twisted tale featuring Disney’s bitter past heroes is looking like it’ll be really promising, both in terms of its unique story and the interesting gesture-based gameplay. This game is sure to be among the year’s most talked about games, and as of right now, there’s only one console you can get it on.

We also have Flip’s Twisted World. It’s by no means as big as Epic Mickey, but it’s no less cool looking. It takes some classic platforming tips from Super Mario Galaxy and adds a gravity-bending mechanic whereby players can “flip” the world in order to solve various puzzles. The bright, bouncy art style and promising central gimmick make it a game to watch this year.

This is before we even begin to mention the first-party Nintendo stuff: Super Mario Galaxy 2, Metroid: Other M and a new Legend of Zelda are all on the way as well. Obviously, Nintendo has always ruled the roost when it comes to exclusive videogames, and 2010 sees three of its biggest franchises get long-awaited sequels. Mario Galaxy 2 is already looking just as good as its predecessor, which was of course an absolute blast. Other M is a strange duck, being developed by Team Ninja and featuring a prequel storyline, but everything we’ve seen so far looks tremendous. As for the new Zelda, I have no doubt that it’ll be brilliant, as I’m yet to play a main Zelda title that I haven’t loved. 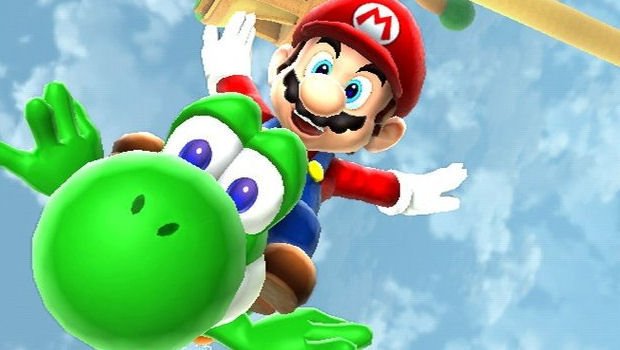 Funnily enough, you compare the Wii’s upcoming library of exclusives to the Xbox 360 and PlayStation 3, and you might find that the Wii is coming out on top. So far, the PS3 has had God of War III, Heavy Rain and MAG this year, decent enough titles, but Sony hasn’t left itself too much for the rest of the year and the Wii simply has more planned for 2010. As for the Xbox 360, lord knows what Microsoft has planned. So far we’ve seen Halo: Reach, Crackdown 2 and Alan Wake, and they all seem miles away.

Of course, we have Natal and Move coming, but I can’t say I’m enthusiastic about any of them. MS is hyping Natal like we were actually asking for games without controllers, while Sony is copying the Wii and then claiming the Wii is shit. Hardly inspiring marketing campaigns. Also, I find it quite ironic that Sony and MS are following the Wii at a time when the Wii has already proven its mainstream pull and is now steadily appealing to a hardcore fanbase. While Sony and MS awkwardly try and lure away the casual audience, the Wii is in a position to snipe the hardcore fans away from the 360 and PS3.

If the Wii’s future doesn’t grab you, it’s still a great time to have Nintendo’s waggle box given how the system’s back catalog has fleshed out. You could of course argue that it shouldn’t have taken this long to fill up, and I would agree, but regardless of how long it took, there’s now plenty to choose from. I used to have a Wii before I moved to the States and barely played it. I recently bought a new one Stateside, and feel spoiled for choice. Silent Hill: Shattered Memories, Rune Factory Frontier, Super Mario Galaxy, Twilight Princess, No More Heroes, MadWorld, Little King’s Story, name but a fraction of the games I’ve either enjoyed or am anticipating enjoying this year. Ultimately, my Wii is seeing more action than either my Xbox 360 or PlayStation 3 right now, and I never thought I would say that. 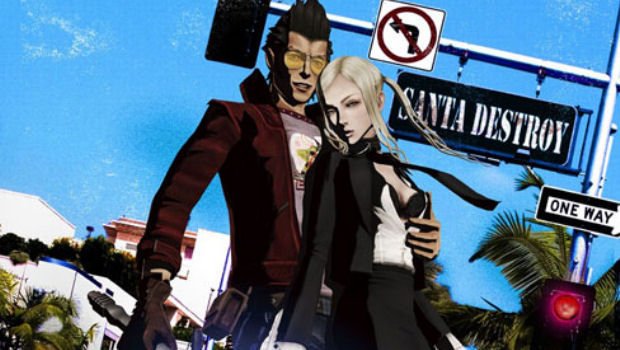 There is plenty to criticize the Wii for. Its absurd online restrictions, the volume of shovelware that lazy publishers put out, Nintendo of America’s sloppy PR, the problems are varied and more than noticeable. However, the old “Wii gathers dust” comments are simply not true. Not if you actually open your eyes and want to support some ambitious, lovingly crafted, and damn cool games. Rather than bitch about how you never turn your Wii on, perhaps you ought to pay attention to some of the fantastic Wii games that are being made and unfairly ignored by consumers.

There is loads out there. More than you might realize, in fact. More than enough, at the very least, to stop your Wii from gathering dust.