Over the weekend someone on Reddit noticed an English-looking name — Corey Bunnell, credited with Shogo Kihara for Wildlife Programming — in the otherwise Japanese-filled credits for The Legend of Zelda: Breath of the Wild.

“[A] quick Google search” led to a 2007 post by a user “Corey Bunnell” on the online message board Translators Cafe asking for advice on how he, a recent high school graduate, can work towards going to school in Japan. “My dream,” the post explains, “is to live in Japan and work for Nintendo as a game designer.” 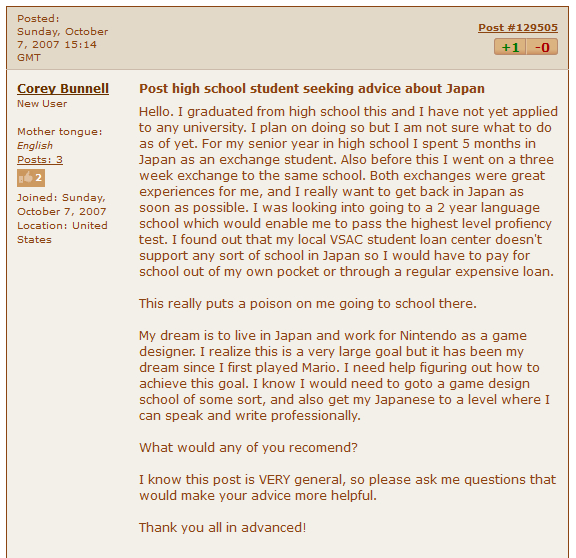 Kyoto Report states Bunnell joined Nintendo in 2014, the same year he graduated from from Ritsumeikan University with a computer science degree. Good job, Corey! I consider it a victory for wildly ambitious posters everywhere.

American Says In 2007 It’s His Dream To Work At Nintendo, Winds Up In Credits For Breath Of The Wild [Kotaku]