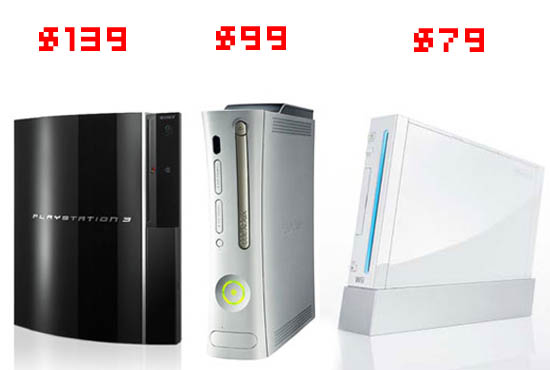 Wow, the headline pretty much says it all.

For those that didn’t hear about last year’s Amazon Customer Vote promotion, it’s a program where mega-Web store Amazon.com lets their customers vote on one of a few preset deals, and the item with the most votes officially goes on sale to selected voters for the predetermined price. The catch is that there is a limited amount of items, and voters have to “win” to be able to purchase their item.

This year the program is back, and the videogame side item choice prices are way lower than last years offerings. The first vote, due on Tuesday, November 20th, asks you to choose between:

The process is a bit more controlled this year as the site crashed from the traffic for a few minutes last year. Basically, 1,000 randomly selected voters of the winning product get the opportunity to buy these items at the special price, and runners-up still get a pretty decent discount. You’ll want to check with Amazon for the full rules and details, but if you’re looking to nab anyone one of these systems, you’re probably already on it.

Also, the full list of offerings for this promotion is mind blowing. Let us peek at your vote!