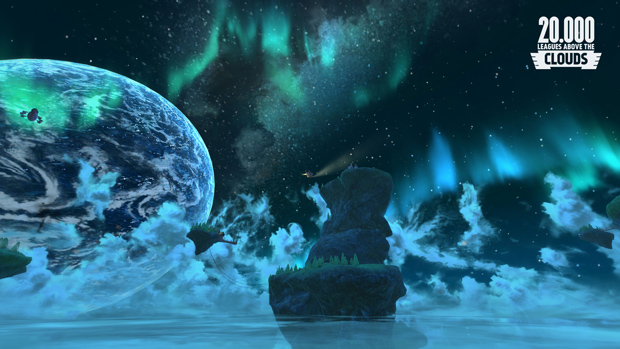 20,000 Leagues Above the Clouds is the first game from Stockholm, Sweden-based studio That Brain and it’s quite the debut at that. As the captain of an airship, you’ll assemble a crew, trade, gather resources, and do whatever else it is that (sky) pirates do best.

The trailer above serves as a nice starting point, and if you’re on board, head to the official website for screenshots, concept art, music, and beta sign-ups. I’m loving the delightfully weird characters and, wow, that gorgeous closing shot in the video. This world looks worth exploring.

Of special note, That Brain is considering an alternative pricing model. “We want as many people as possible to play the game, and we don’t want anyone to feel that you need to pay extra money to get ahead. That’s why we have this idea to let people pay however little or much they want to get the entire game. We’ll see if we can make it work, but at least that’s the plan for now.”

A second video introduces the studio and shows a little bit more of 20,000 Above: