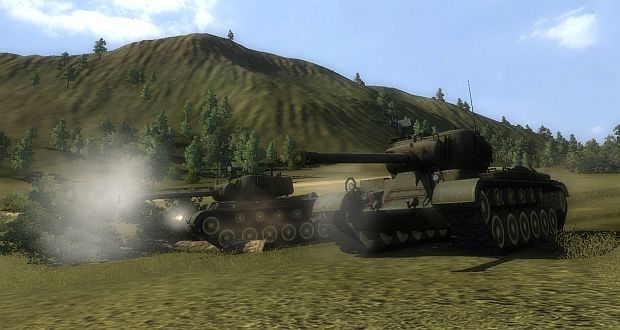 You know, it’s true, for every ten titles of World War II, there is maybe a couple modern fictional military shooters, four “pseudo-realistic” future titles, maybe a Desert Storm game, and if a publisher is feeling particularly adventurous, the Vietnam War. However, not many videogames seem particularly interested in representing the Korean War.

So what do we do? We bring the Russian developer/publisher 1C Company to make a game about Americans in Korea with the tactical title, Theatre of War 2: Korea. It’s certainly an interesting company of choice to cover such subject matter, but I’m not one to complain, as long as the game is good. Anyway, we got screenshots for the title, coming out sometime this year.