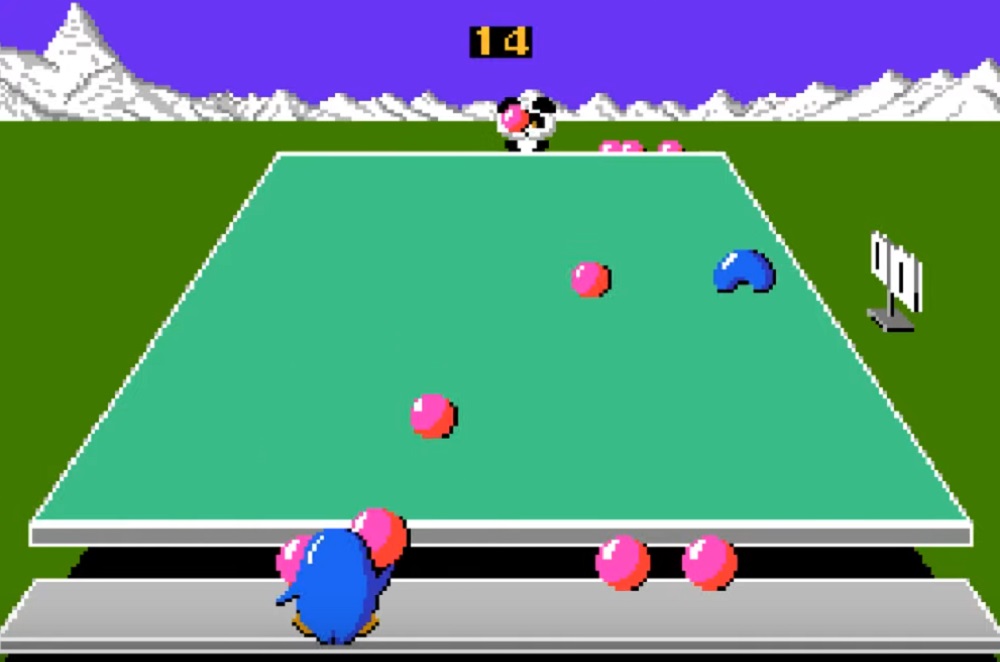 Hamster has gone a little obscure with its latest Arcade Archive release, dipping into its big bag of oddities and pulling out UPL’s old-school title Penguin-Kun Wars (also known simply as Penguin Wars) available to download now on Nintendo Switch.

Released in arcades back in 1985, before seeing ports and variants on NES, Game Boy, and various home computers, Penguin-Kun Wars isn’t quite the arctic apocalypse you might expect. More a skill-based/sports title, players choose one of five animals, then battle it out against the others in a head-to-head ball-rolling contest. The video below, from YouTuber ShiryuGL, should give you a better idea of the action.

With each animal positioned at either end of a large table, players must roll their ten balls into the opponent’s goal, with the first player to achieve this feat being declared the winner. Balls can bounce off each other and the walls, as well as striking the opponent to stun them temporarily. If a 60-second time limit expires, the player with the highest score wins.

Penguin-Kun Wars is a very simplistic title, with basic gameplay, but it still definitely holds its own in the design and charm departments. It’s a cute and colourful title. I’m not sure if it can hold your attention in 2020 but, for completionists, this curio is available to download on Nintendo Switch now, priced at around $8.