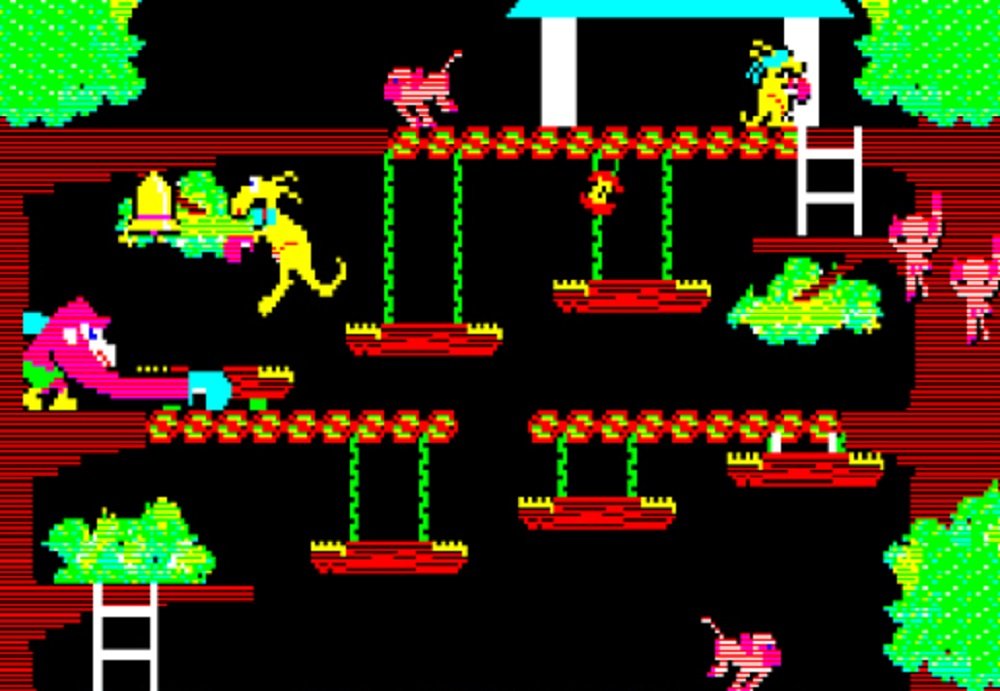 Hamster has released another oddity from the golden age of the coin-op era. Kangaroo from Sun Electronics joins the Arcade Archives range, and is now available to download on PS4 and Nintendo Switch.

Released back in 1982, when even yer boy Moyse was knee-high to a grasshopper, Kangaroo is a single-screen platformer which sees a brave momma kangaroo scale a dense tree-top in order to rescue her baby from an army of troublesome monkeys. Rocking boxing gloves years before Tekken’s Roger was even a gleam in Harada’s eye, our hoppity hero must scale branches, climb ladders, and deliver haymakers to simians left, right, and center if she is to be reunited with her beloved joey.

You can check out this quaint release in the video below, courtesy of Old Classic Retro Gaming.

Now obviously, the rudimentary gameplay doesn’t really grip players today. Regardless, Kangaroo brings a lot to the table. The animation is smooth, the visuals are colourful, the variety offered from stage-to-stage – from standard ladder climbing, a fight with a tower of monkeys, and even a gorilla boss character – is impressive by 1982 standards. Also of note, Kangaroo is one of the very first video games to feature a female player character, launching alongside Atari’s Ms. Pac-Man. Kudos, Kanga, Kudos.

Kangaroo is available to download now on PS4 and Nintendo Switch, priced at around $8.