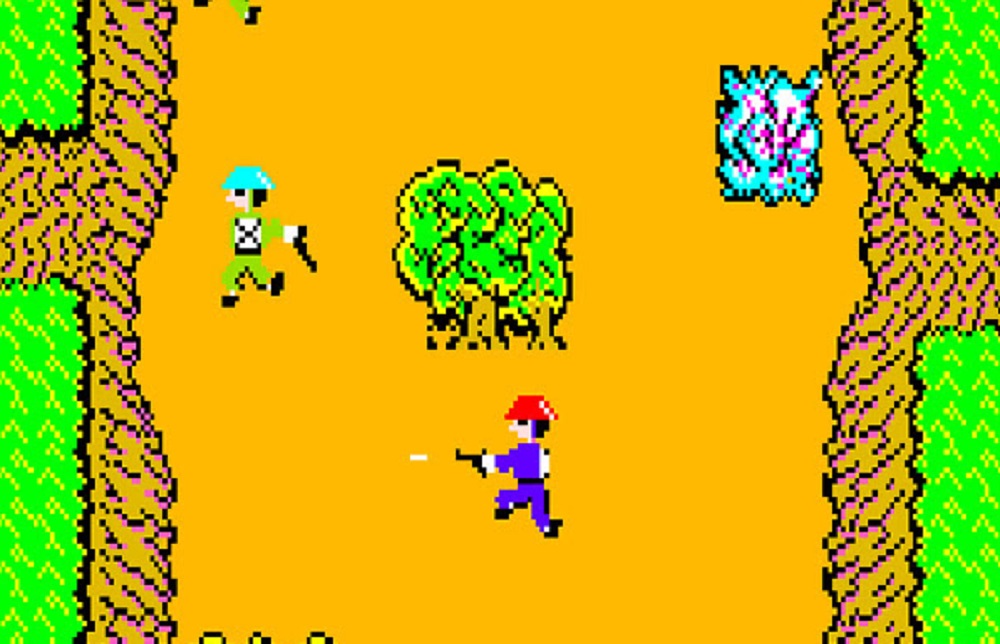 It was our Metal Gear Solid

Retro-enthusiasts HAMSTER have added another title to the Arcade Archives range. The ever-expanding catalogue is designed to release arcade classics of yesterday onto today’s consoles, with HAMSTER recently stating that they hope to put out over 800 titles in all.

Yesterday saw the release of Taito’s 1982 arcade Front Line, brought screaming into 2018 on the PS4. The predecessor to Capcom’s far superior Commando (1985), Front Line is a vertically scrolling shooter where you guide a one-armed dude in a red helmet as he rushes the battlefield, gunning down soldiers, lobbing grenades and riding tanks.

Look at his legs! What’s going on there?

Front Line costs $8, which is too much for a game that can only be played today for novelty’s sake. I am 100% behind the Arcade Archive range. But HAMSTER have to get realistic about pricing. You can’t charge the same price for Front Line as you do for Garou: Mark of the Wolves, or even Bubble Bobble.

Surely some of these more dated titles should retail for half that? Another option would be to bundle two “lesser” titles together. But if you have $8 to spend, and you want something from the ACA range, there’s so much more value available elsewhere in their catalogue.

Front Line is available to download now on PS4. It also has a “T” rating!