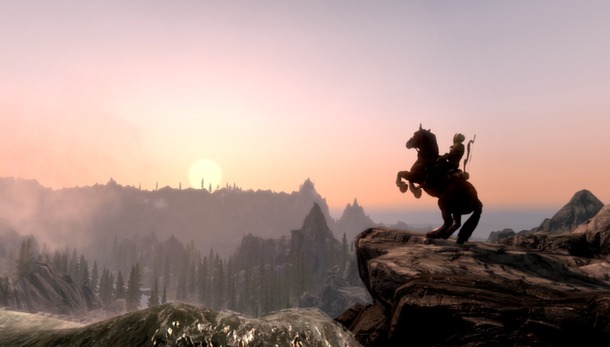 Skyrim mods are the best, like the one we just featured that brings in Dishonored powers into Skyrim. This one, though, takes the cake. Falskaar is a new mod and it features nearly 25 hours of new content. That’s new characters, new voices, new quests, and a new land mass that’s a third of the size of the original game.

All this is made even more impressive when you learn that it’s a mod made largely by just Alexander Velicky, a 19-year-old who’s using this mod to help him try to get a job at Bethesda.

“I organized everyone involved, but the voice actors themselves recorded all the dialogue and submitted it to me,” Velicky told PC Gamer. “I had some people help me out with a few models and textures, someone wrote a book or two for me… But otherwise all content was implemented, written and developed by me.”

Note that a number of people also recorded voices for the dialogue, and someone even composed an original soundtrack.

You can try out this ambitious mod through Skyrim Nexus. Very impressive stuff.

Behind Falskaar, a massive new Skyrim mod, and the 19-year-old who spent a year building it [PC Gamer]