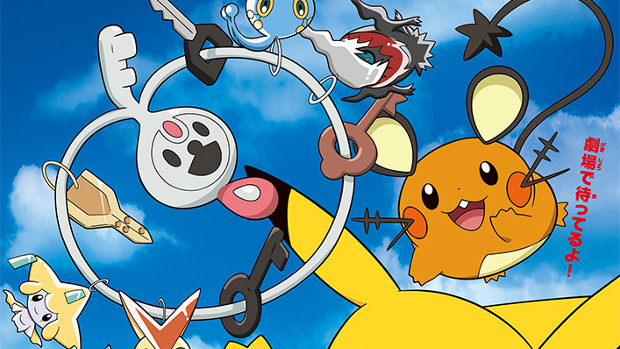 And a short about Klefki, the key Pokemon

Pokémon XY: Cocoon of Destruction is releasing July 19, 2014 in Japan. From early information, it seems that the people behind it are going with a kitchen sink approach to capitalize on the wildly popular Pokemon X/Y.

Aside from Mega Evolutions being involved, the film will pit X and Y‘s legendary Pokemon against each other. Both Mewtwo Mega Evolutions also appear on promotional material. According to Japanator, Japanese fans will also be able to vote “for the gift that will accompany advanced ticket purchases. You can choose from Jirachi, Victini, Manaphy, and Darkrai, all of whom will appear in the short before the film, Pikachu, What’s This Key For?“

The key Pokemon is the star of the short. I kind of want to see that. The shorts are typically better than the bloated, grandiose, stakes-raising films, anyways.