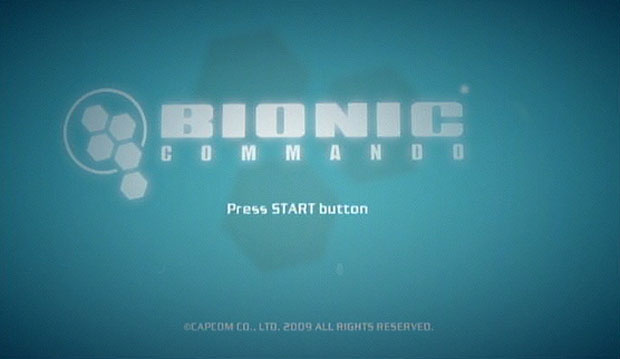 Capcom dropped its multiplayer demo for Bionic Commando today, exclusively on Xbox LIVE Marketplace. I have to admit, I couldn’t spend more than 10 minutes with the thing.

That mostly had to do with the fact that the game simply doesn’t allow you to create a private room, join a friend, or invite one to an existing game. Considering demos are meant to sell an experience (i.e. “Here’s a taste. You like it. Buy our full product!), this is a complete failure on Capcom’s part. Multiplayer games are best when enjoyed with friends or acquaintances, period.

For many people (myself included), trading blows with faceless opponents or foul-mouthed children is not on the daily to-do list. While the final game most certainly will include the ability to join friend’s games or create private sessions, leaving it out of a demo seems like a bad move.

A good move: the game’s intro, which includes a Capcom logo and sound effect that will immediately be recognizable to anyone who was playing Capcom’s games during the 16-bit era. It’s an awesome nod to Capcom’s past — maybe some of its best days — indicative of the publisher’s current dedication to making new and cool products that connect with long-time fans.

Also neat is Bionic Commando‘s menu, which seems to be inspired by thatgamecompany’s flOw. Set to a classical piano remix of a retro Bionic Commando theme, the music gets muffled and drowned out as you go deeper into the game’s menus. Very cool. And no, I’m not sure what that odd mechanical-snake-penis thing is. I suppose we’ll get more answers when the game ships in late May.

Check out the video of the intro and the menu after the jump.