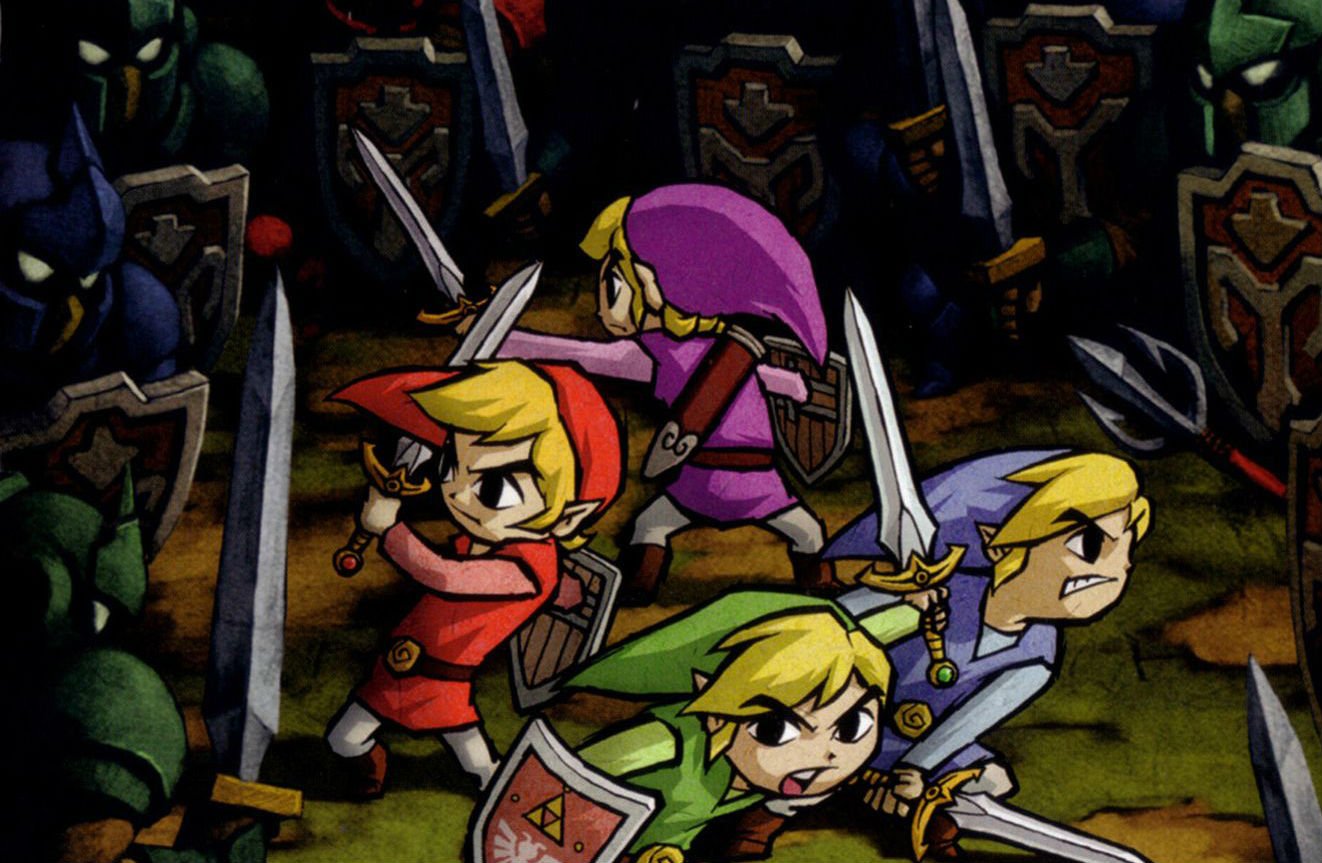 [All screenshots were taken from a Dolphin enhanced ROM called Four Swords Adventures Enhanced. You can find it here.]

15 years ago today, Nintendo released The Legend of Zelda: Four Swords Adventures in North America. An expanded take on a bonus mode offered in its GBA port of A Link to the Past, Adventures made liberal use of Nintendo’s GBA Link Cable for GameCube. Four players with four Game Boy Advance systems could connect to the lunchbox and explore a new version of Hyrule together. Controlled entirely with the GBA, certain segments of the game would force players to look at their handhelds to explore separate areas at the same time.

It was a highly unique idea and something way too ahead of its time. That’s a crying shame, too. Despite Nintendo tinkering a few more times with the idea of a multiplayer Zelda game (most recently with 2015’s Tri Force Heroes), they’ve never done a better job than this. From both a cooperative and competitive aspect, Four Swords Adventures hits every beat you’d want from a multiplayer take on Zelda with a dash of charm that will make any diehard fan blush. 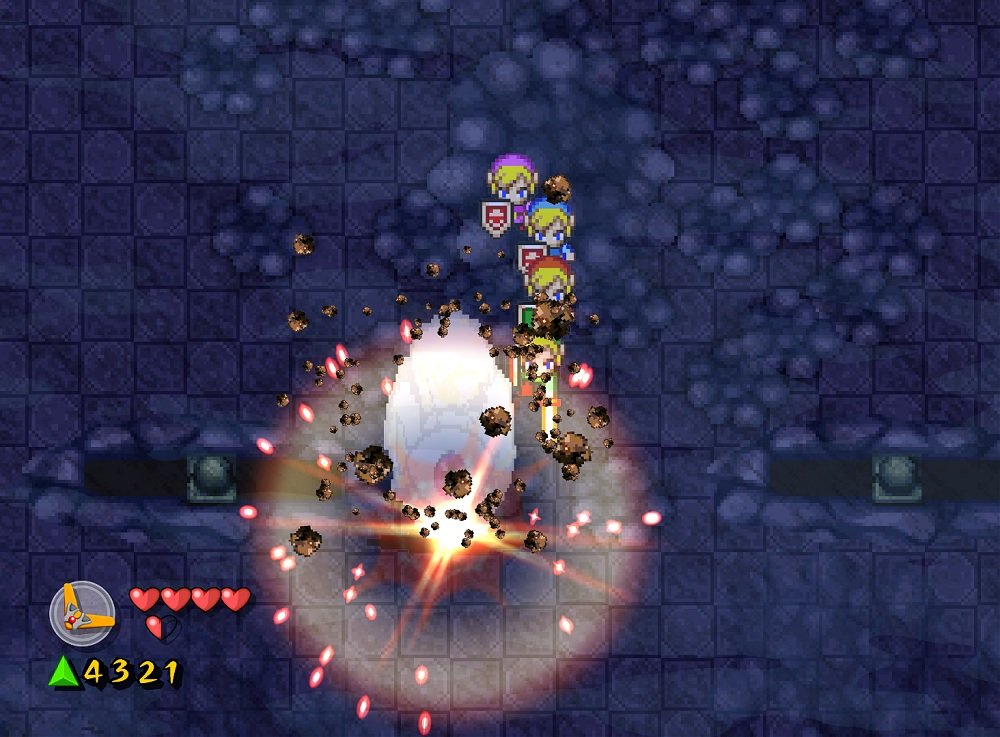 Right from the beginning, you can see Nintendo is borrowing from the best when it comes to backbone of this title. While the sprites are borrowed from the original Four Swords, the locations and music come from the seminal A Link to the Past, widely regarded as one of the best entries in the franchise. Starting off in a gloomy storm, Link meets with Zelda and she sets up the goal for this adventure. Fearing the return of the dark sorcerer Vaati (a villain introduced in the previous Four Swords game), she and the six maidens set to reseal Vaati and prevent his return. Just as they are about to do so, Dark Link steps out from the shadows and captures the maidens. With no choice but to rescue them, Link grabs hold of the Four Sword (a mystical artifact that later gets explained in The Minish Cap) to save them. This has the side effect of unsealing Vaati, thus spurring an adventure to save Hyrule once again.

While not the most original setup, it does at least give you a reason to pal around with your friends through familiar lands. When played with a bunch of Zelda loving freaks, everything about Four Swords Adventures feels like fan service. The familiar tunes, the old enemies reimagined in a cartoony style, the classic items; this all feels like a title lovingly crafted to allow you and your buddies to share in something you love together instead of something cynically made to sell a stupid accessory.

In a massive departure from the series formula, Four Swords Adventures plays out over a bunch of isolated levels. While there is an overall grander design to Hyrule, you’ll start with a level select screen that thrusts you into an area named “1-1.” You can’t do things out of order as this is possibly the most linear Zelda game ever made, but that change was meant to facilitate cooperative play more than anything. Due to the limitations of the hardware at the time, it would have been insane to see something approaching an open-world game with multiple characters in it. To get various Links navigating Hyrule, Nintendo needed to impose limits somewhere and a big overworld was the thing that got axed. 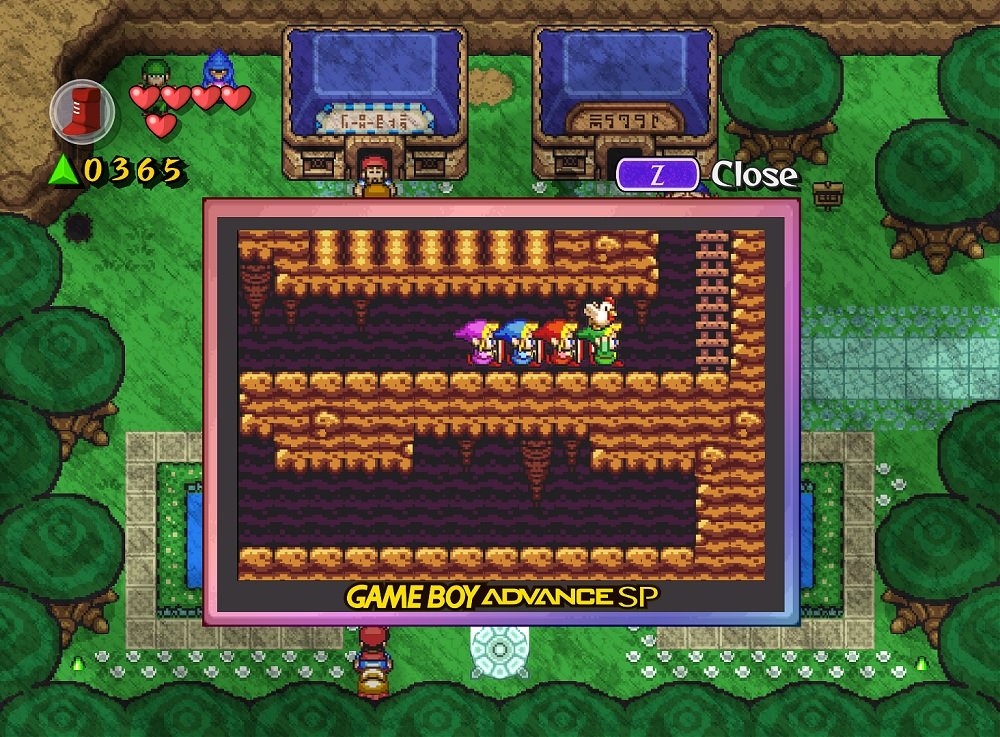 With the power of the GBA, though, some of those trappings are restored. Since every player is required to use a GBA in multiplayer modes, the game can render the interior of houses, caves, and secret passages on individual screens. While this is mostly a neat gimmick, it does give you the ability to have players on the TV screen battling foes while another solves a puzzle underground on their GBA. It helps make this world that feel organic thanks to clever use of the odd GameCube cable.

Sadly, that’s about the extent of what the GBA gets used for. I’m not really sure what else could have been done here, but this use of new technology expands Four Swords Adventures beyond the randomized, labyrinthine design of the original Four Swords. This feels a lot closer to a traditional Zelda game thanks to there being towns, NPCs, actual puzzles, and specially designed levels that make use of cooperative play. Even if this isn’t a sprawling adventure like what you’re used to, it accurately nails the atmosphere that Nintendo had been perfecting for close to two decades.

Another upgrade over its predecessor, Four Swords Adventures facilitates solo play. In a move I’ll never understand, the GBA original required you have at least one other person present to experience it. Maybe it was a limitation of the GBA cartridge space, but simply giving players the option to control the other Links solves the issue of not having a friend handy to play with. Even Triforce Heroes does this, though that game limits you to one or three players with no option for two. Flexibility is the best thing about Adventures since you can get together any number of Link’s and still finish the adventure. 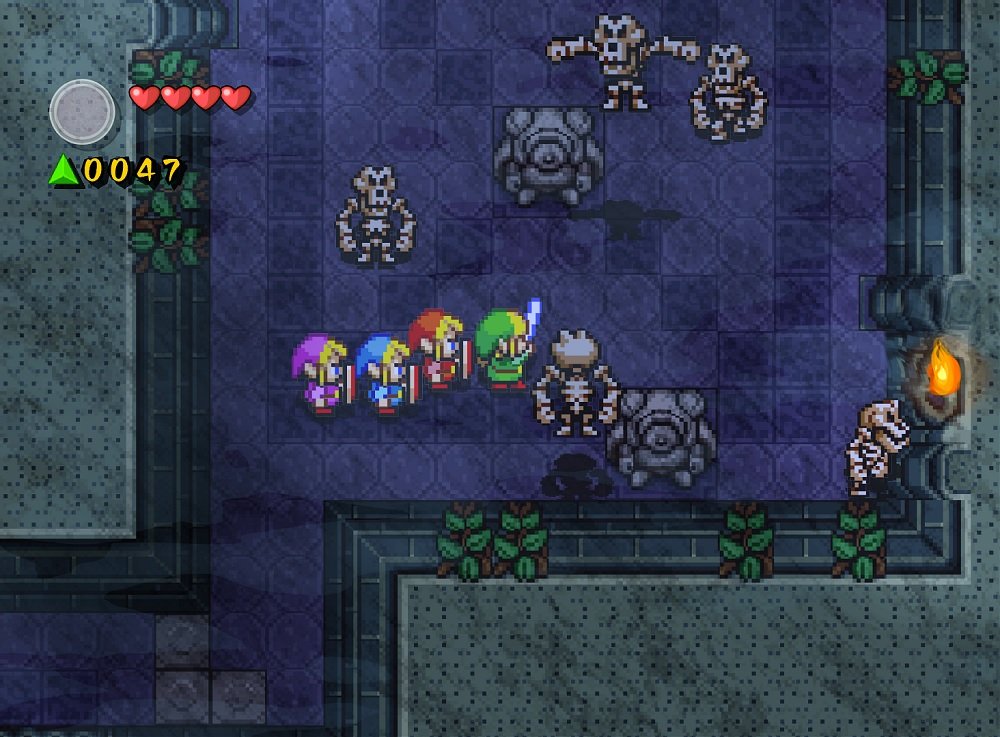 When you get tired of helping each other, you can then turn the swords on each other and experience a deathmatch mode. With specific levels made for the mode, this feature ends up feeling like another game instead of a throwaway extra. Players duke it out to amass a certain number of rupees before a timer runs out. Items will randomly appear and the mad scramble to get one almost always results in a sloppy death. It’ll never not be fun to grab your friend and throw them off a cliff. The same goes for holding a bomb just long enough before tossing it at someone. There aren’t really enough levels, but Nintendo was clearly onto something here.

So why did this game “fail?” That probably comes down to cost. Despite how popular Zelda was (and remains), the cost for setting up a four-player game was insane. You’d need a GameCube ($150 at the time), a copy of the game ($50), four Game Boy Advance systems ($80 each at the time), and four link cables ($15 each). That is roughly equivalent to the price of an Xbox One X bundle, which would have been unthinkable to pay back in 2004. That factor alone is likely why a majority of people have never played this entry in Nintendo’s long-running franchise.

When the Wii U was announced to have a gamepad tablet, a lot of fans began to speculate about an HD port of Four Swords Adventures. With the advent of online play and each system coming with the cumbersome input device, it would be far easier to get full games going than back in 2004. Sadly, Nintendo never thought to capitalize on this, but would instead re-release the original Four Swords on DSiWare. While a consolation prize (that is now forever gone), it’s a real shame Nintendo didn’t feel the need to revive this hidden gem. 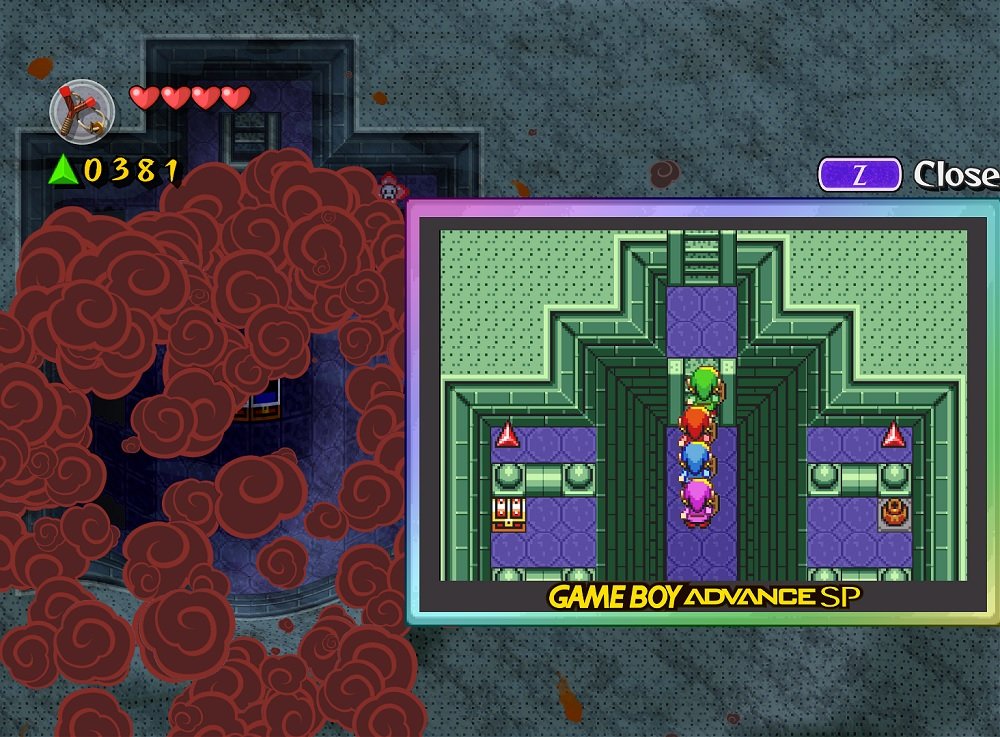 I won’t sit here and tell you this is the best game in the venerable franchise, but Four Swords Adventures is the real deal when it comes to multiplayer Zelda action. Feeling much closer to the formula fans have come to love, it’s shocking how this seems to be the only entry in the series that doesn’t get any kind of love. You’re a real diehard if you’ve beaten this and especially with three other players. I’ve only ever experienced the game with my best friend, but it would be great for a modern re-release to let a whole new generation have the chance.

With Nintendo not shying away from revisiting the past (the Switch remake of Link’s Awakening looks divine), maybe we can eventually see this happen. Wouldn’t it be insane as a free Switch Online title? One can dream.