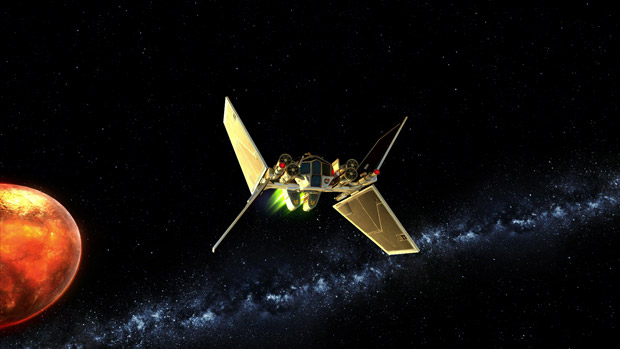 A Star Wars expansion I actually want to play

As an absolute sucker for space battles in the Star Wars universe, this new digital expansion for Star Wars: The Old Republic is looking mighty fine. I’ve resisted the call of BioWare’s MMO even with it going free-to-play, but Galactic Starfighter‘s player-versus-player dogfights are tempting.

The new content rolls out as early as December 3, 2013 — that’s when Old Republic subscribers are granted their coveted early access. “Preferred status players” (people who bought something from the online store) are next on January 14, 2014. Finally, the remaining player base gets the expansion on February 4, 2014. Sounds about right.

Is this enough of a draw to get you interested — or re-interested, if you’re a returning player — in the game? I should also mention that subscribers as of November 1 get an exclusive Galactic Starfighter early Gunship unlock and custom Gunship paint jobs. Rub it in, why don’t you!