11 bit is the team that’s most well-known for This War of Mine, a depressing game about trying to survive as a civilian in a war-torn city. Last time we talked to the developer, it tried to distance its next game, Frostpunk, from This War of Mine. Senior writer Pawel Miechowski emphasized that while the studio is certainly proud of its previous efforts, it didn’t want to rely on bleak and dispiriting themes to convey an important message.

Even if 11 bit is actively trying to avoid its past, it can’t completely leave it behind. Frostpunk shares some meaningful undertones with This War of Mine with regard to tough choices, moral dilemma, and the well-being of others. However, in Frostpunk, the scope of everything seems to be broadened tremendously.

We recently spoke with Miechowski and lead designer Kuba Stokalski about the direction of Frostpunk. 11 bit isn’t yet ready to talk about specifics of gameplay, but it’s willing to elaborate on the setting, the conflict, the player’s role — all the stuff that fills out a world.

Miechowski introduced the concept by saying “[Frostpunk] takes place in what’s possibly the last city on earth. This is what you see at the end of the video [embedded above]. It’s a sort of alternate history where the world got frozen and the last pieces of civilization are trying to survive. You lead this society. The themed technology in the game is a natural reply to the fact that the world got frozen. It’s not steampunk for the sake of steampunk, but you need to melt ice to produce heat. This is why steam is an important part of this world. You, as a leader, you rule the society and you need to help society survive. So we internally started to call this genre a society survival.”

That’s the probably-reductive but easy-to-understand pitch for Frostpunk: It’s a city builder mixed with a survival game. Ruling and expanding the city is the goal, but just making sure everything doesn’t collapse is a more pressing matter. As Stokalski tells us “One of your responsibilities is to make sure that society as a whole survives, not just individuals.”

Frostpunk isn’t restricted to the confines of the city. Players will be able to send groups into the wilderness in an effort to explore new areas, discover resources, and learn why the world is a frozen hellscape. Regarding these expeditions, Stokalski mentioned that this won’t be a StarCraft-like real-time strategy component; specifics are being saved for a later reveal. 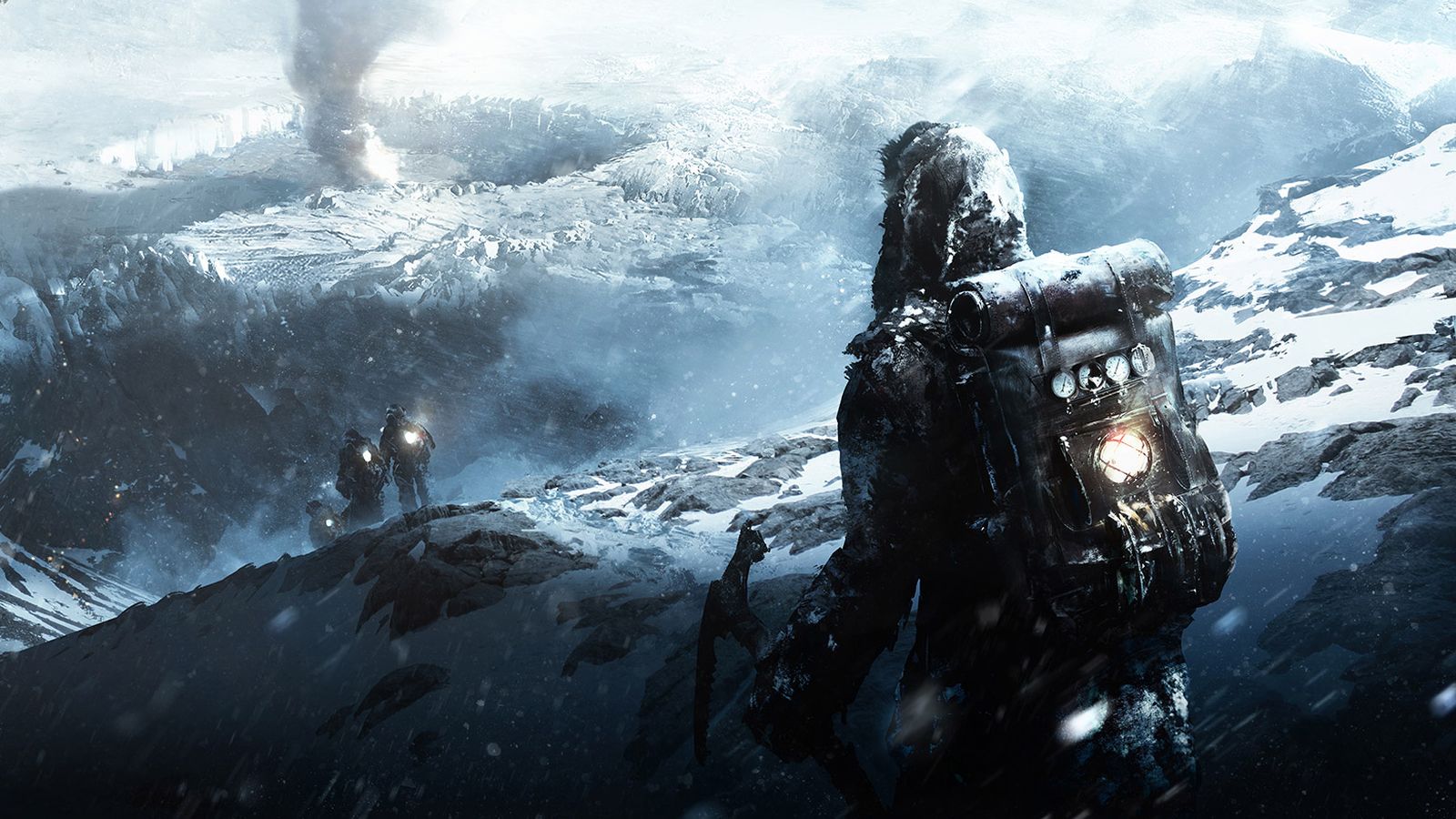 The past may be interesting but the present will feel much more pertinent. That’s where the important decisions lie. “The optimal thing for you to do might not be the morally right thing for you to do. This is something that carries over from This War of Mine. Generally, this is a completely new property and a completely new world that we built for this game, but it’s in line with how we want to make games. We want to build games that provoke questions and leave you to answer them. This will be evident in the society survival part,” Stokalski says.

Miechowski chimes in “I need to also underline that when you play the game, as a ruler of this society, you can be very proactive. You can shape this society in the way you think it should be shaped. You don’t necessarily need to respond to the current situation. It’s not like the game tells you ‘Here’s a problem: choose A or B.’ It’s different. You can shape it in a way that it should be done for more efficient survival.

Miechowski also cleared up a few release-related details. Frostpunk will be a single-player-only game. It’s currently slated for PC but consoles may be a possibility. Miechowski reasons why it’s only PC right now by saying “At the moment, we’re focusing on how the game should be instead of expanding to more platforms.” 11 bit is aiming to launch sometime in the second half of 2017 but Miechowski tempers that with “It’s going to be out when it’s polished and done in a way we want.”

The execution is still nebulous but the concept is starting to come together. One way or another, an entire society is going to prosper or fall by your doing. We’ll have to wait a bit longer to find out exactly how your reign will look.