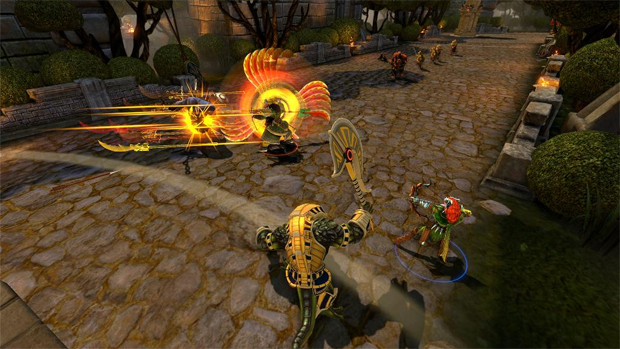 Event will be streamed to Twitch

Hi-Rez announced today that an eight-team, 5v5 tournament will be held at PAX East from March 22 – 24 for its third-person free-to-play MOBA SMITE. This is an invitation-only tournament, and seven teams have already been determined with the eight wildcard slot to be decided on March 10. You can sign up for the wildcard event by going here and registering your team, if you think you’ve got what it takes.

The event will be broadcast live from PAX East via Twitch.tv. This is the largest prize pool for a SMITE tournament to date, though the specific prizes are not outlined for each place finisher. SMITE will also be playable at the show floor for people who aren’t competing for big money, but you could always just download the game and give it a go!