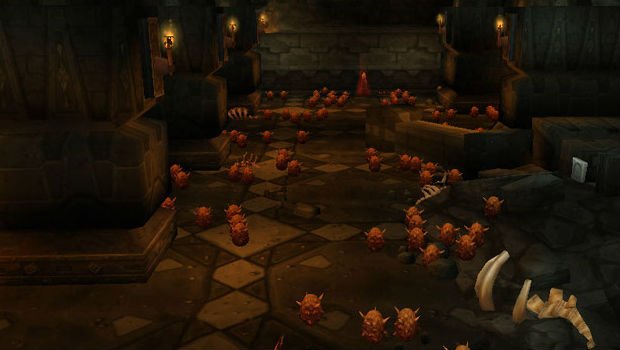 10 years ago on May 11, 2005, the “Leeroy Jenkins” video was uploaded to Warcraft Movies, a fansite for World of Warcraft. It started catching on like wildfire though various WoW communities, and eventually, became a household name.

The gist of the video — one party member, a Paladin known as Leeroy Jenkins, rambles a few words of encouragement before running into a particularly dangerous part of the Upper Blackrock Spire dungeon, wiping his entire party. It inspired many other players to (annoyingly) do the same to their guild. For years, it was the defacto World of Warcraft joke besides “50 DKP Minus.”

I still remember watching it for the first time in my dorm, while my friends were also playing Upper Blackrock Spire, waiting in anticipation for Blackwing Lair to drop two months later.

What a great game.