When I met up with a few of the guys from PopCap Games a couple weeks ago, it was nothing but smiles all around. Not really understanding how anyone could be cheery before I’ve consumed my daily intake of coffee, I chalked it up to the unseasonably warm San Francisco sun and kicked back with my deliciously refreshing French beer that you’ve probably never heard of.

As I chatted with PopCap’s Senior Producer, Matthew Johnston, about their new experimental label 4th & Battery, and its latest collaboration with 10-year-old Owain Weinert, my disposition improved and things quickly started making sense.

Forged from a desire to cultivate creativity from within the company, 4th & Battery was established two years ago to act as basically an island of misfits for some of PopCap’s edgier and less mainstream titles. Their first game, Unpleasant Horse, was a simple side-scrolling jumping platformer for iOS originally conceived during of one of PopCap’s annual in-house game jams, where developers create a working game from start to finish in 24 hours. Although Unpleasant Horse is actually pretty adorable, its hilariously gruesome combination of ponies and meat grinders doesn’t necessarily make it suitable for a wide release.
Their second title, Candy Train, began as the side project of an employee in PopCap’s accounting department with lifelong aspirations to design a video game from scratch. Through self-determination and encouragement from her superiors, her game saw a full release on the iPad this May and secured her promotion to a full-time video game developer at PopCap.

4th & Battery’s third and latest release, Allied Star Police, is the game I really met up to discuss. I had briefly heard the story of Owain Weinert, the 10-year-old boy recently diagnosed with pre-B Acute Lymphocytic Leukemia, whose wish to help create a real video game was sponsored by the Make-a-Wish Foundation. After reaching out to PopCap Games, who were more than happy to help, but weren’t quite sure what to expect, Weinert was brought in for a visit to their studio. 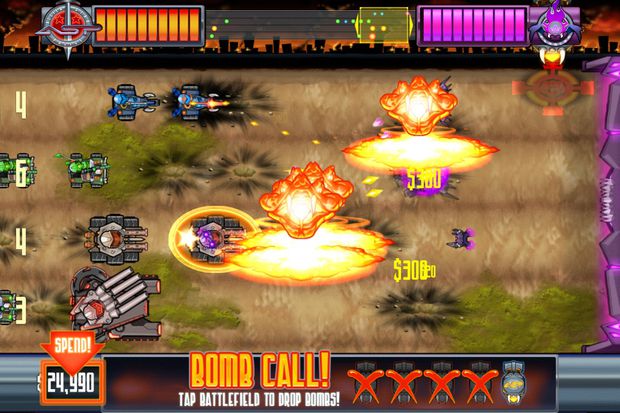 “He walks in with his laptop, plugs it in, and proceeds to give us a 25 minute PowerPoint presentation on his game design,” laughs Johnston. A decidedly precocious young boy, Weinert already had every single aspect of the game planned out in extensive detail. Though originally planned to be a first-person shooter, that would’ve required much more development time than the week PopCap had initially designated for it. They eventually compromised on a side-scrolling shoot-em-up.

Every other day for the first week, Weinert popped into the studio to check up on his game’s development, offering plenty of criticism and advice – the kind that could only be considered adorable when given by a 10-year-old. After a solid week of programming but with work still needing to be done, PopCap decided to extend development two weeks until they had a playable prototype of the game. Two weeks later and still not satisfied with the overall product, they commissioned two full-time employees who had coincidentally just ended other projects to finish the game in two months.

Pleased with the final result after months of hard work, PopCap threw a party at their offices, complete with pizza, a limo ride for Weinert and all of his friends, and a complimentary iPad for him with Allied Star Police pre-installed.
With his friends gathered around him, an excited Weinert played the first ever run-through of the videogame he’d been wanting to create his whole life. Suffice it to say, he was already an expert.

“I think the game turned out exactly as he expected,” said Johnston, “except for that fact that it wasn’t a first-person shooter.” A small price to pay for a dream come true, I’d say. 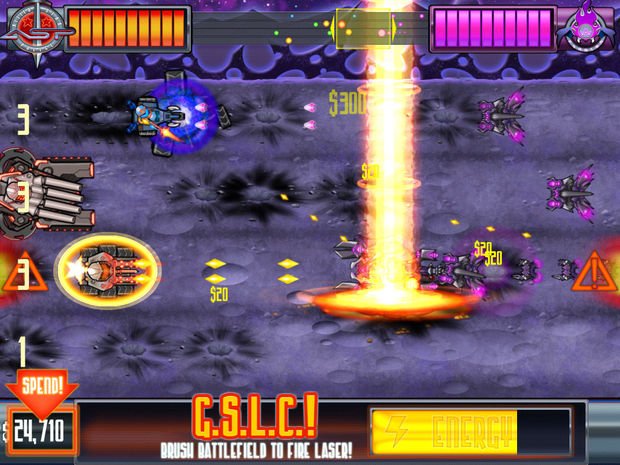 The premise of the game is simple. Flamions are invading every planet in sight and it’s your job to take them out with a fleet of tanks. Each enemy ship you destroy earns you money, which can then be used to upgrade your weapons and defense. The ultimate goal is to take out your enemy’s base, a job which is made relatively easy with the near unlimited ammo and money the game offers you. Along with regular artillery, you also make use of a few special weapons, such as bombs and missiles.

Allied Star Police was released for iOS devices on July 21 and has since garnered a huge amount of attention, receiving over 800 reviews in the week since its release. (All five stars, of course!) The game, which is free, includes an optional button that takes the player to the donation page for the Make-a-Wish foundation.

If you want to hear more about Owain’s story, you can visit the website that 4th & Battery created to tell his story. Take my advice and download Allied Star Police from the App Store immediately, or better yet, donate to the Make-a-Wish foundation to ensure that more heartwarming stories like Owain’s can be read on Destructoid in the future.