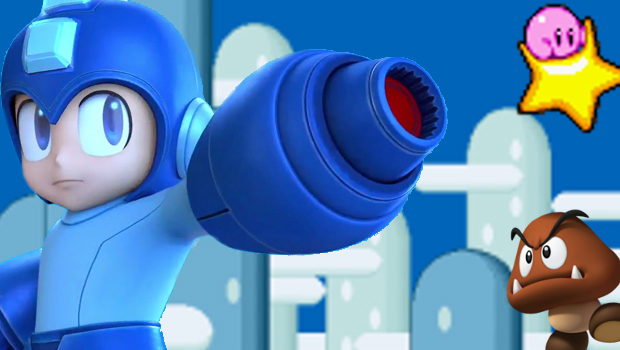 Promoted from our f*ckin’ Community Blogs!

[Dtoid community blogger AboveUp gave just enough f*cks to write this blog… and that’s about it. WARNING: There are a lot of naughty words in this post. You’ve been f*ckin’ warned! –Mr Andy Dixon]

Videogame characters get tasked with the most impossible of missions all the time. Beating up entire cities, fighting swarms upon swarms of monsters, singlehandedly winning wars against the worst of odds. A normal person would crack under these circumstances. Videogame characters don’t though. They don’t even care. When sh*t hits the fan, they don’t give a f*ck and just do what they have to do.

Whatever the f*ck that even means.

The announcer is counting down, the fight is about to start. A muscular American giant is standing in front of you. Blond hair, blue eyes, and a massive grin as he adjusts his cap. He looks you over before loudly shouting “Are you okay?!!” Only to launch forward to punch you in the face a second later.

Terry Bogard does not give a single shit about you, or this world-wide tournament. Unless your name is Geese Howard, Terry Bogard will remain friendly and cheerful towards you outside of battle. He created his very own fighting style of coolness just to enter the tournament and meet with Geese, just to beat the crap out of him.

Originally sent in to stop a plumber from saving royalty, they don’t even seem to really care about that either. Absolutely no effort goes into their objective as they just casually walk onward both towards and away from Mario. Mario on the other hand, will go to any extent to destroy and kill as many Goombas as he wants. Are they afraid of this homicidal maniac? Fuck no, if any creature in the world of videogames did not give on single fuck about anything, it’d have to be Goombas.

Holy shit, it’s the goddamned Pokemon Trainer! Wait? What’s so bad-ass about a trainer of little animals? Are you kidding me? Red is a damned legend! Just look at the basic powers of your everyday Pokemon, captured within a technological marvel in terms of storage space, they defy all the laws of nature on a regular basis.

And Red? He doesn’t give a flying fuck about this. He’ll cause Earthquakes, leveling entire cities, just to beat a small-time trainer out of some loose change. Red will fly from town to town using his mighty legendary birds just to find more creatures to enslave. When word came out of a secret cloned Pokemon being sighted in a cave, he was the first to get in there and capture him. He even brought back three races of Pokemon previously thought to be extinct, just for bragging rights.

An entire underground network of thugs stood between him and his road to glory, and he singlehandedly dealt with all of them because fuck relying on authorities. You know who else stood in Red’s way? Ash Ketchum. During the Pokemon League. Guess where Ash’s journey to the top of the Pokemon League ended? Exactly.

You know who else stood in Red’s way? Gary. Enough said.

Why not Billy? Fuck you, that’s why. Billy was a wuss who fought to save his girlfriend, a girl only remembered for gaming’s first pop-culture upskirt. Billy fought through hundreds, if not thousands of color-coordinated thugs to get his girl back.

Jimmy on the other hand fought for the hell of it. He didn’t have anything better to do at the time. So when the opportunity rose to crack some skulls and help his brother out, Jimmy went and fucking took it. And like a true-blue player-fucking-two motherfucker, Jimmy went and beat the shit out of his brother after they ran out of thugs to beat.

Jimmy’s not just some player two standing there by the side-lines. He’s out there to beat the shit out of anyone standing in his way. Including the so-called player one.

Holy shit, it’s motherfucking Mario. Look at him, look at how many fucks he gives. Absolutely none, that’s how many. Fuck.

Just look at that smile, that happy, care-free look. His girl just got kidnapped by a giant fire-breathing dinosaur, and he has to travel all across the globe just to get a chance at getting a kiss on the cheek from her, and does this worry him? Is he angry? Fuck no, Mario is fucking ready for any challenge.

Even just being a piece of paper doesn’t worry him in the slightest. No, Mario just fucks shit up like a champ. He’ll save his lady and then throw a fucking party, or challenge his biggest rival to a friendly game of tennis, ’cause fuck, he doesn’t give a shit.

Holy fuck, are you seeing this? Look at that fucker’s eyes, that mouth; Kirby is stoic as fuck.

Dreamland is in trouble? Starvation is rampant since King Dedede stole all the food? The Star Rod was stolen? What? It was only stolen so that the fabric of reality wouldn’t get torn by some random douchebag? Who even gives a shit? Kirby’s fucking got this. He’ll swoop in on those idiots and crash into them riding a stars.

What? Kirby’s pink, and pink is girly and lame? Sorry, I can’t hear you over the sound of how fucking awesome the idea of killing some suckers by crashing into them with stars is.

How little does Kirby care? He was challenged to a swordfight, one on one, on top of a crashing airship. He accepted, won, and casually strolled his way out of the ship. That is how many fucks Kirby gives about safety.

How many bad games can you name that Kirby starred in? Oh? Zero? That’s right, and Kirby doesn’t give a shit what you think about the difficulty on his games either. If every game character gave as few fucks as Kirby, every game would have been a lot easier.

Remember when sidekicks used to help the main hero? No? Neither does Etna. Tasked with the objective to keep Laharl alive, one that she succeeded in despite numerous attempts to take his life, Etna gives absolutely not one single fuck about any of the events of Disgaea.

The Prinnies she hired? Canon fodder. That hero character she’s traveling along with? Just a platform to meet her own goals. Her title? She hacked that.

Fuck, she even outgrew in rank way past the position of main character. Who was on the center of Disgaea 2‘s box art again? Etna. Who is in more Makai games than any other major character? Etna. Who does the narration for the next episode parts, derailing it into whatever the fuck she wants? Etna.

Classy as fuck. Just look at this bloodsucker here, Slayer might be part of the Guilty Gear series, but he doesn’t give a fuck about what the hell is going on.

Where most of the cast of Guilty Gear is either over-the-top hotblooded or heroically stoic, Slayer just really doesn’t give a shit. And why should he? He’s immortal. There’s absolutely nothing at stake for him him. Even if you beat him down, he’ll still just lay on the floor with a bored expression on his face.

His entire moveset shows that he really doesn’t care. Blocking with his cigar’s smoke, and one-hit-killing people by merely citing a haiku. Without a single doubt, he’s the strongest person in the entire franchise, and he knows how little’s at stake for him. He’s just here to observe, give advice, and maybe punch the odd person in the face.

It’s time to hide your gold, and hide your damsels, because we’ve got god damned Spelunker running around in here.

You know how heroes run around trying to save some princess, or to stop some evil villain? Fuck all of that, the Spelunker only cares for one thing, and that’s loot. Loot and ladies. And even then, he’d toss the girl if it’d give him more loot. He’s facing all sorts of dangers down there in those caves, and does he give a fuck? Fuck no.

Spiders? Traps? Snakes? If he doesn’t have shit to lunge at them, he’ll toss a damned damsel at them. Giant Spiders? Fuck those things, he’ll make a damned sticky bomb out of their dead body.

Heck, people have set up shop down there to help him in his explorations, and how does he pay them back? He kills them and steals their shotgun if the time is right.

If you get in between the Spelunker and his prize, your shit is about to get fucked up.

Look at this guy. No seriously, look at him. This guy right here, he gives no fucks. This is him, the entire game long, minus changes in color. He’s not tense, not sad, not angry. He just doesn’t give a damn. Mega Man gives no fucks whatsoever.

Wily took over eight killer robots. He’s planning to take over the world. Not only does Mega Man have to battle against those eight robots, he also has to go through their stages which are specifically designed to give them the strategic advantage. Think that’s enough? Fuck no, Wily’s got a fucking castle with even more killer robots inside there. And if that’s not enough, after that Mega Man has to fight all eight robots again, before he can finally fight against the mad scientist himself.

And Mega Man gives zero fucks about any of this. It’s cool. This has happened before. It’ll happen again. Instant death spikes? Gigantic robots? Pits of death? Disappearing blocks? He doesn’t give a shit.

Giving fucks hadn’t been invented yet; X was the first robot designed to do that. Mega Man plays it cool.