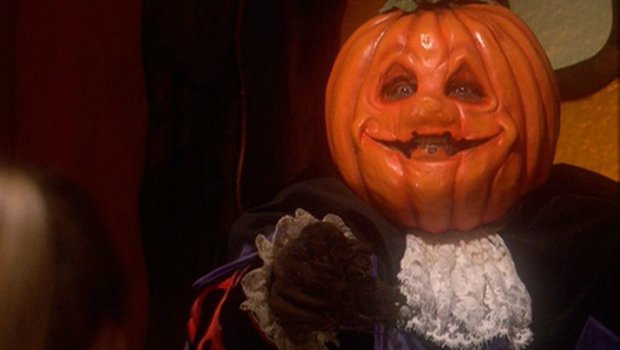 [Dtoid community blogger SeymourDuncan17 suggests 10 delightfully spooky things for gamers to enjoy this Halloween.  Give it a read and throw your suggestions in to the comments.  Let’s all share what makes us shiver!  Want to see your own stuff appear on the front page? Go write something! –Occams Electric Toothbrush]

Over the years, I’ve gradually become the kind of person who enjoys Halloween in a passive sense. I no longer dress up and heckle the neighbors for candy (and then more candy), I’m no party-goer, and I don’t really make much of a deal about it at all.

I do, however, still absolutely love seeing others enjoy it. Seeing what stupid decorations they’ve cooked up for this year, seeing children adorably try to pass themselves off as their favorite creatures or superheroes, and, above all else, hearing the single greatest holiday tune grace my local radio once more. (If more Christmas jingles were this fun, it would be a much less depressing holiday. I’d rather hear “Monster Mash” on repeat for hours than listen to just 30 seconds of “Jingle Bells.”)

Well, if you are the kind of person who likes to make an event out of Halloween, with friends or just yourself, by marathoning spoooooooky shit, then have I got the shit for you. Churned out for your pleasure like a giant candy corn pumpkin, so make sure you don’t take it in all at once. Save those cavities for Halloween night.

Goddamn skeletons. Easily the spookiest of all monsters. You hear the rattling of those bones, and it can only be one thing: Your worst fear, with death to soon follow. Alright, that’s two things. Actually, a skeleton may not even be able to physically kill you as they have no muscles.

One of gaming’s most famous skeletons being KI‘s Spinal and as a huge fan of the franchise, it felt appropriate to feature him in some way. This “complete” version may drag on a fair amount for those first 4 and a half minutes, but it still comes together quite nicely. The video’s cheesy visuals help a great deal. Make sure to read the top comment for a little bit of insight into the creation of the track.

I need to get me a leg bone flute. 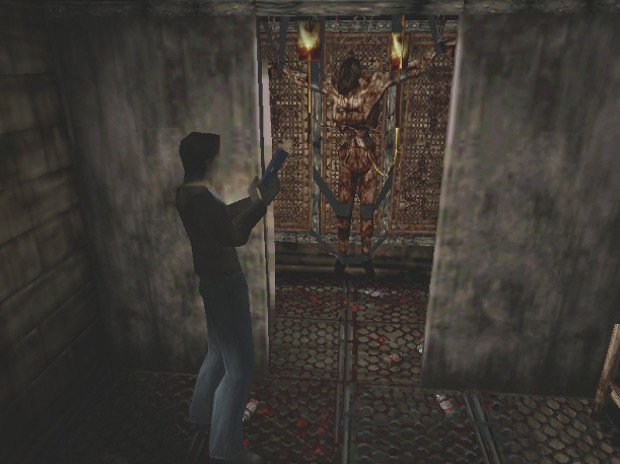 While everyone fondly remembers the highly-influential Silent Hill 2, remember that those same people also seem to forget that Silent Hill 1 exists.

Jerks. It’s like shoving your mother into hospice over a common cold. Sure, it’s aged a little bit, but, then again, so has Silent Hill 2. There’s something to appreciate in both. Personally, while Silent Hill 2 has the industry significance, the OG Silent Hill is where all the super spooky frights are. From the very beginning, the game is intense and doesn’t waste any time. First, you are killed, but actually not. Then, you’re attacked by motherfucking pterodactyls! Immediately afterwards, you try to find your bearings amidst the empty and fog-infested streets of Silent Hill as you’re mauled by rapid dogs!

Don’t even get me started on the elementary school. I still haven’t gone back to finish the game since completing that section over two years ago. Someday, though. Someday. Perhaps once I forget how outrageously terrifying it was.

Some time ago, I hastily threw together a blog detailing my top playthroughs by one known as Cr1TiKaL. Since discovering his Octodad playthrough a couple years back, I’ve been a ginormous supporter of his work and I’m here to once again try to get some more of you into the club.

What makes Cr1TiKal so unique to your average LP’er is in how much he downplays everything that happens. You can literally count the amount of times he’s either laughed or screamed on your two hands. He often emits sarcasm and seems to effortlessly form both hilariously crude, yet varied and intelligent sentences in regards to what’s happening on-screen. All the while, he is totally monotone. So oddly charming.

He doesn’t pander to the usual LP schticks. He just plays and makes light.

Oh and every cent of his partnership funds go directly to charity. Why aren’t you already a fan? 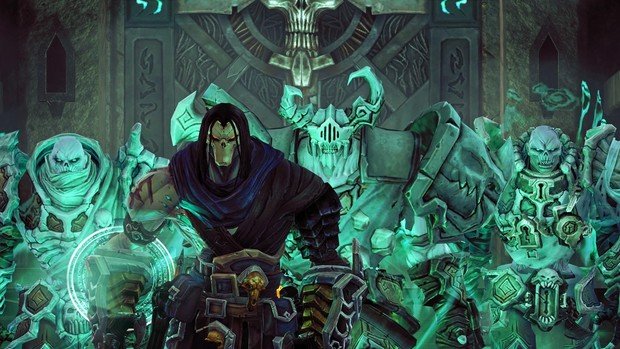 It may not be a horror game, but the Darksiders franchise still has got a devilish, monstrous universe with tons of violence, gore, and gritty settings. It also features a player character who looks suspiciously like Slipknot’s Mick Thompson.

The original Darksiders is sort of a cult favorite amongst gamers. It was incredibly derivitive, but there was also a lot of charm to it’s darker take on the Legend of Zelda formula. Its sequel, though, was much more of its own thing. While still taking inspiration from other titles, it became more of an unspecified open-world brawler with a focus on loot.

It does get shaky for a while around four fifths of the way through, but it’s a thoroughly awesome experience that more should have picked up on around its release. The developers didn’t just haphazardly pump out a sequel, it’s clear they gave it their all and that should be rewarded.

How many of you were honestly aware the original Clock Tower also released on the SNES? I sure wasn’t! Then again, I also kind of sometimes confuse Clock Tower with Alone in the Dark. So, that means I’m just stupid.

JonTron gives us a lovely and humorous look at what was arguably one of the first “survival horror” videogames. Although, it seems much more like a straight up point and click adventure that just so happens to focus on horror. Either way, it has a villain that reminds me that I haven’t yet thought of every possible awful way to die. 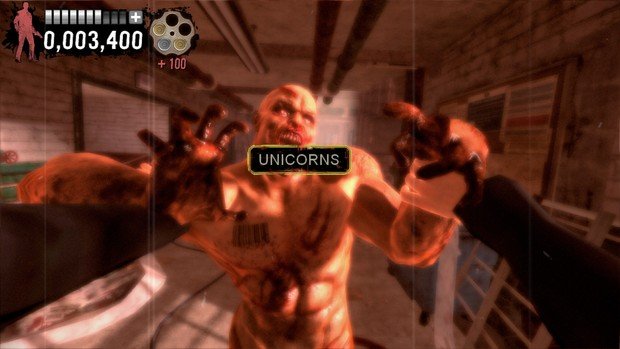 The Typing of the Dead: Overkill

I experienced a handful of the original House of the Dead: Overkill via the Wii version. I haven’t touched too many light gun games, but this one was some good fun. However, I think I enjoyed its self-aware sense of humor a little more than the actual gameplay. Making light of classic grindhouse and horror films as well as itself, you’ll find yourself basking in whatever crap the game decides to throw at you. Context is this game’s strong suit.

The “Typing” iteration of Overkill not only includes a way to play it as it was originally intended, but gallantly brings back an old favorite pastime of mine: typing games!

I used to love the mini-games we were rewarded with during my high school’s typing course exercises. Heck, I considered even the basic exercises its own sort of videogame. I needed speed, I needed precision, I needed to be totally in the zone, and I wanted to beat every new “high score” I achieved. To think, I was simultaneously improving a skill that’s actually of use in the real world! What a great time it was to be a growing boy.

If the above paragraph speaks to you at all, you literally cannot go wrong with Overkill‘s PC port. It’s pretty cheap considering how loaded with content it is, and it’s pretty darn hilarious to boot. 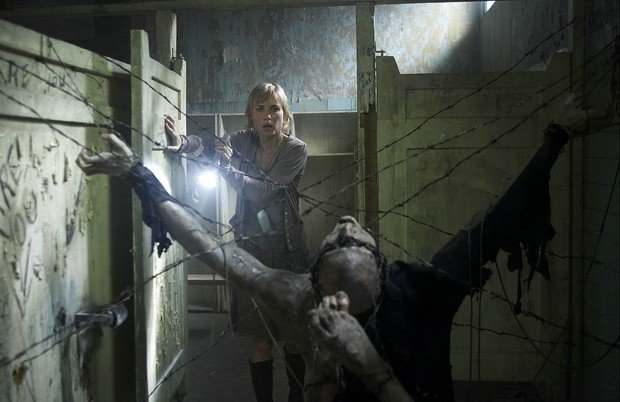 I haven’t played every installment or obsessively Wiki’d all I could about it, but the Silent Hill franchise is one I have a great amount of respect for. That it’s even still around and that its latest installment is looking pretty fucking good so far makes me so happy.

So, you may not have assumed as such, but I do actually sort of enjoy the first Silent Hill film. What can I say? I ain’t gonna lie. It’s not amazing, it’s not even strictly faithful, but as far as film adaptations of videogames go, well… it goes without saying that you can do much, MUCH worse. It’s a nice little horror film with tons of Silent Hill-y elements. No more, no less.

The hilariously terrible sudden exposition spout towards the end kinda makes you want to write a passive aggressive email to whoever wrote the screenplay, but it’s worth supporting as a videogame adaptation that doesn’t soil itself. 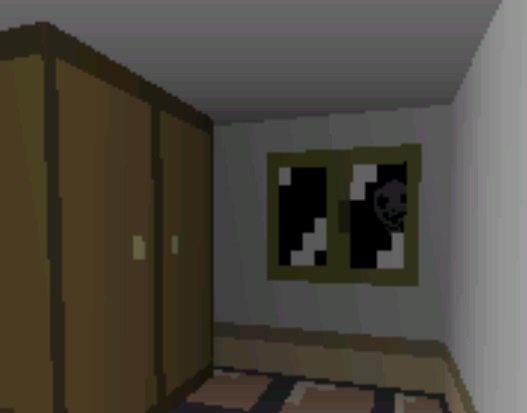 If you’re looking for a horror game both easy on your hardware and easy on your wallet, not only does this little diddy’s visuals amount to buggerall (it’s kind of in the title), but it’s totally free!

Here’s a dirty little secret, though: I haven’t played it. I’ve only ever watched it being played. However, I think I can at least say you can find far less digified free PC horror experiences than this. It looks pretty interesting. It even involves adding files to your computer (don’t worry, it’s safe) that are contextualized as the game’s antagonist (seen creepin’ above) trying to interact with you as the player.

Sort of brings back memories of the 4th wall-breaking Psycho Mantis of Metal Gear Solid, doesn’t it? Sounds like a heck of a thing. Give it a shot and tell me how it is because I’m far too much of a wuss.

It’s no fun admitting defeat.  That the biggest and most seemingly overhyped indie horror craze since Slender is actually a little spooky, but after watching the Game Theory’s latest video…I can safely say I will never ever play this game.

This all could be chalked up to “thinking too much” about some likely meaningless details, but that’s where things can get interesting!  When they make this much sense, it also gets incredibly unnerving.  As much as I sort of wish I had never watched this video, more should revel in creativity like this!

Those who are especially weak-willed, get ready to scroll that wheel.

Gotta get to 10 things. No matter what it takes. 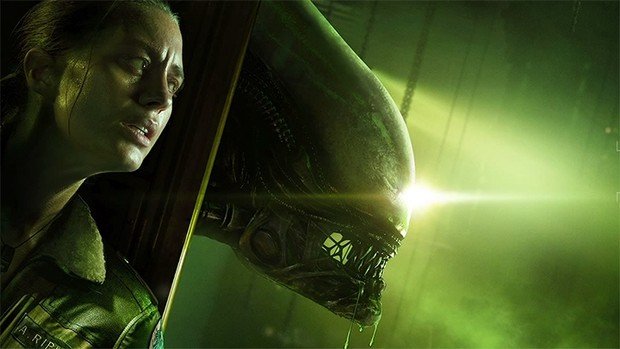 I’m sure you were expecting this to pop up at some point, like a Xenomorph dropping suddenly from the vent above to claw and host it’s way into your tummy. Enjoy the rest of your very short life as an egg, buster.

I’ve already gone at length about why the alien’s AI in Isolation is so bloody brilliant, but seeing as how much your time on the Sevastapol is spent on the synthetics, the humans and exploring, I thought it’d be appropriate to tell you why the rest of the game is also pretty nice.

While the humans can, sadly, only offer minor thrills with their incredibly rudimentary AI, the synthetics, ironically, feel that much more realized in how they fight and maneuver. Sometimes they won’t bother you, but usually, they’re out for blood. Not quite intentionally, though. They’re just a little overprotective is all.

They’re also pretty damn resistant. Set them ablaze and they’ll just keep coming (athough, it is an especially awesome visual treat). Fire at their noggin and they’ll just stumble a bit. Melee them? Hah. Don’t even try. You’ll have to expel one of your stun baton charges first, and only then will a barrage of melee attacks do just one of them in. They’re a riot.

Simply walking around the Sevastapol may get very tiresome during the game’s final hours, but for the vast majority of the experience the atmosphere and level of detail/graphic fidelity got me hooked as well. Even ignoring that, a lot of the time an Alien is literally stalking you throughout every forward progress or backtrack; it’s an absolute joy to witness what Creative Assembly have done with the visual stylings of the original Alien film. It’s not only incredibly faithful, but wholly its own thing. You’ll find yourself both absolutely giddy and terrified in believing you’re actually in the same universe as the films/comics.

It has its pacing issues, but Isolation deserves your time and money. If any game released in the last few years is going to make you wet or poo poo yourself, it’s this. 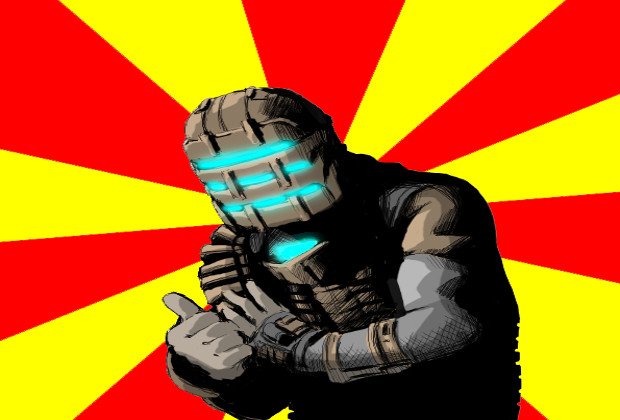 That’s it for my list. If you have of your own suggestions, tell me about them!