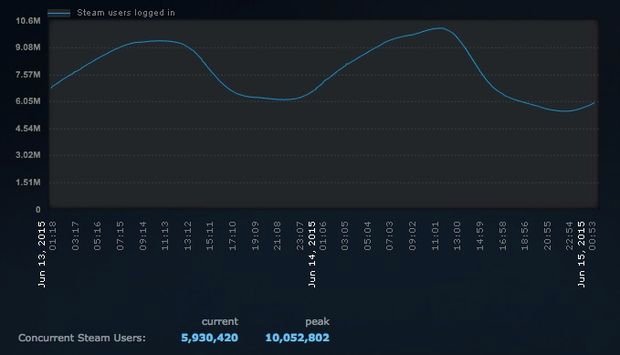 Most of us were playing Dota 2, Counter-Strike: Global Offensive, ARK: Survival Evolved, Team Fortress 2 and, most unsurprisingly of all, Grand Theft Auto V.

This smashes the record of 9.5 million users set by the digital distributor only last month.

Think the recent Summer Sale has something to do with it? Yup, me too. Don’t panic if you’ve missed some bargains, there are plenty more shiny discounted games to snag as the sale ramps up until June 21. Let us know if you’ve snapped up anything juicy!