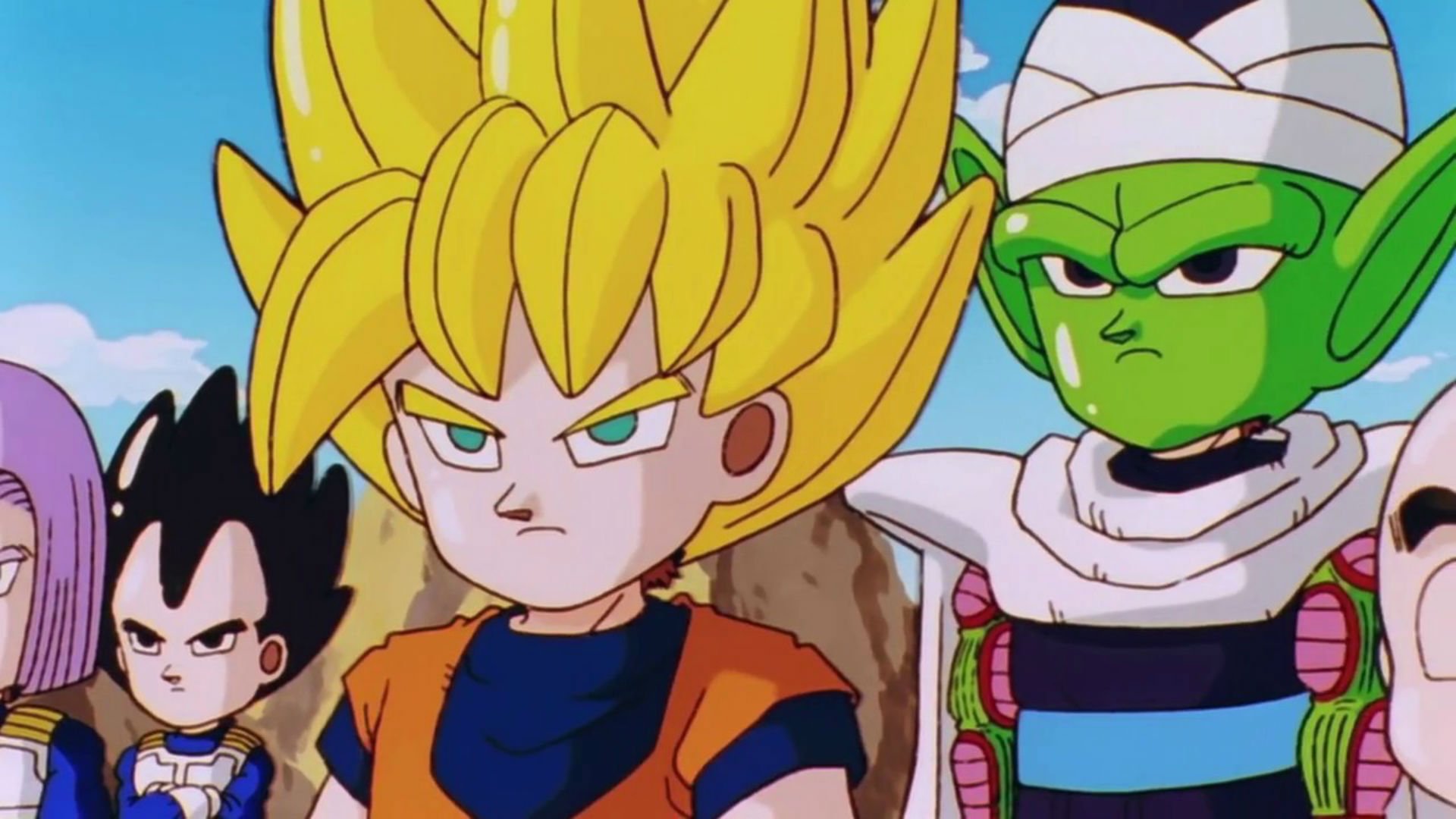 I’ve been constantly thinking about Dragon Ball FighterZ ever since its E3 reveal. Arc System Works has found the perfect property to show off their engine, and I’m hoping it’s going to be a great experience for Dragon Ball and fighting game fans alike.

But what about the roster? The Dragon Ball Z games have become infamous for their bloated character rosters, but in that same breath, are also beloved for including obscure choices like Devilman and Android #8. I’m sure the FighterZ roster is going to be much tighter, but I still have a few characters who I think need to be included.

To make this a little tougher (and more entertaining to write), I stuck to Dragon Ball Z as I’m not sure the other series will be included. I also stayed away from “obvious” choices like Piccolo and Krillin because it would’ve been too easy (and I would’ve just written Yamcha ten times).

Here are the ten characters who need to be in Dragon Ball FighterZ. 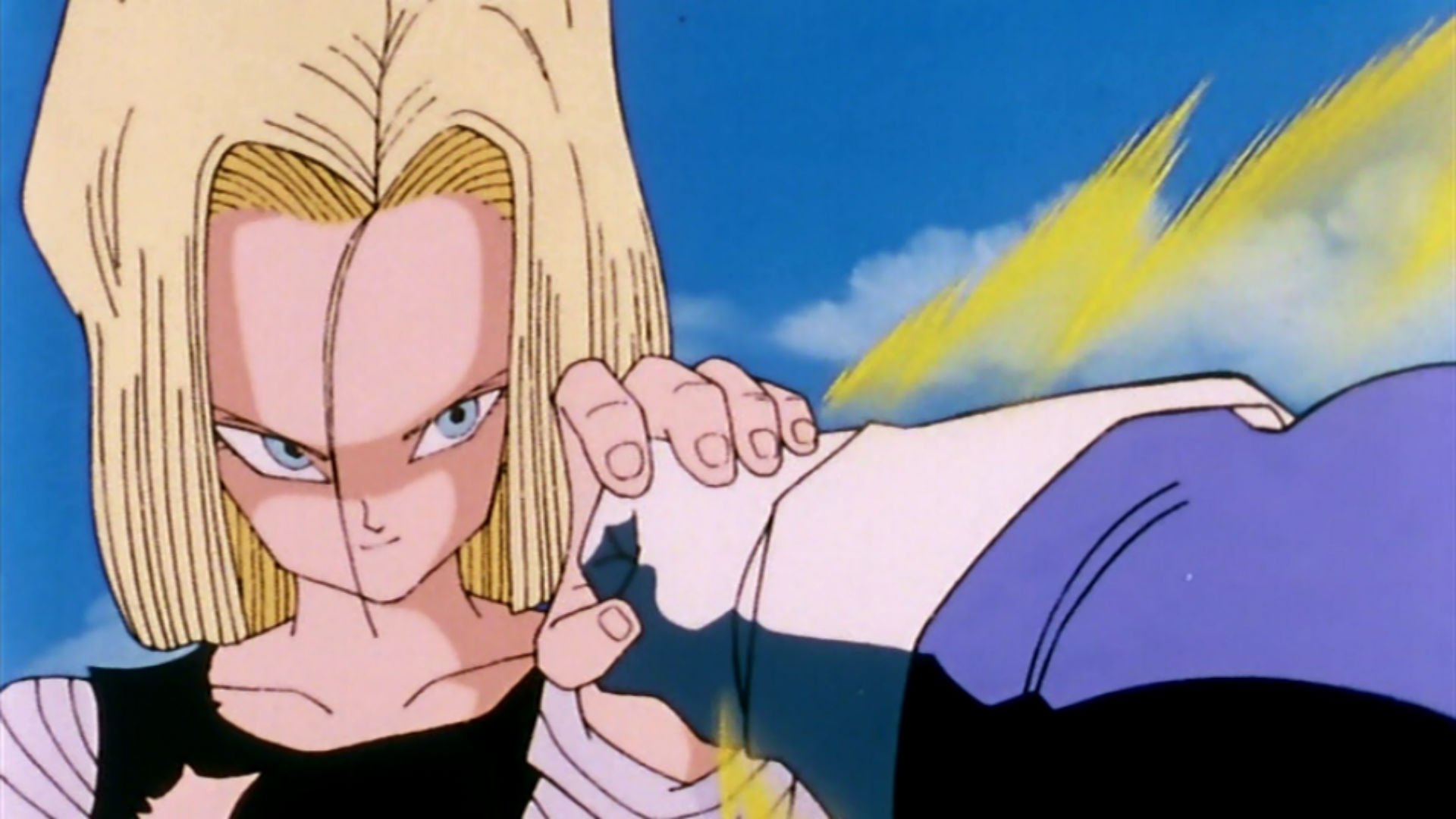 The Android saga is my favorite arc of the series. Not only did it spawn the awesome History of Trunks side film, but it introduced us to the killer teens, Androids #17 and #18. Since they share the same moveset, there’s no need to include them both. And with the overall lack of ladies in Dragon Ball, #18 seems like a no-brainer. She’s as strong as a Super Saiyan, but is always held back by plot convenience (like a bomb in her brain or the need to stay back and protect her daughter), so I’m sure Arc System Works would have no trouble making her seem like a badass.

One of her supers could even bring in #17 and have them perform an Accel Dance mirroring Gohan’s death scene in Future of Trunks. 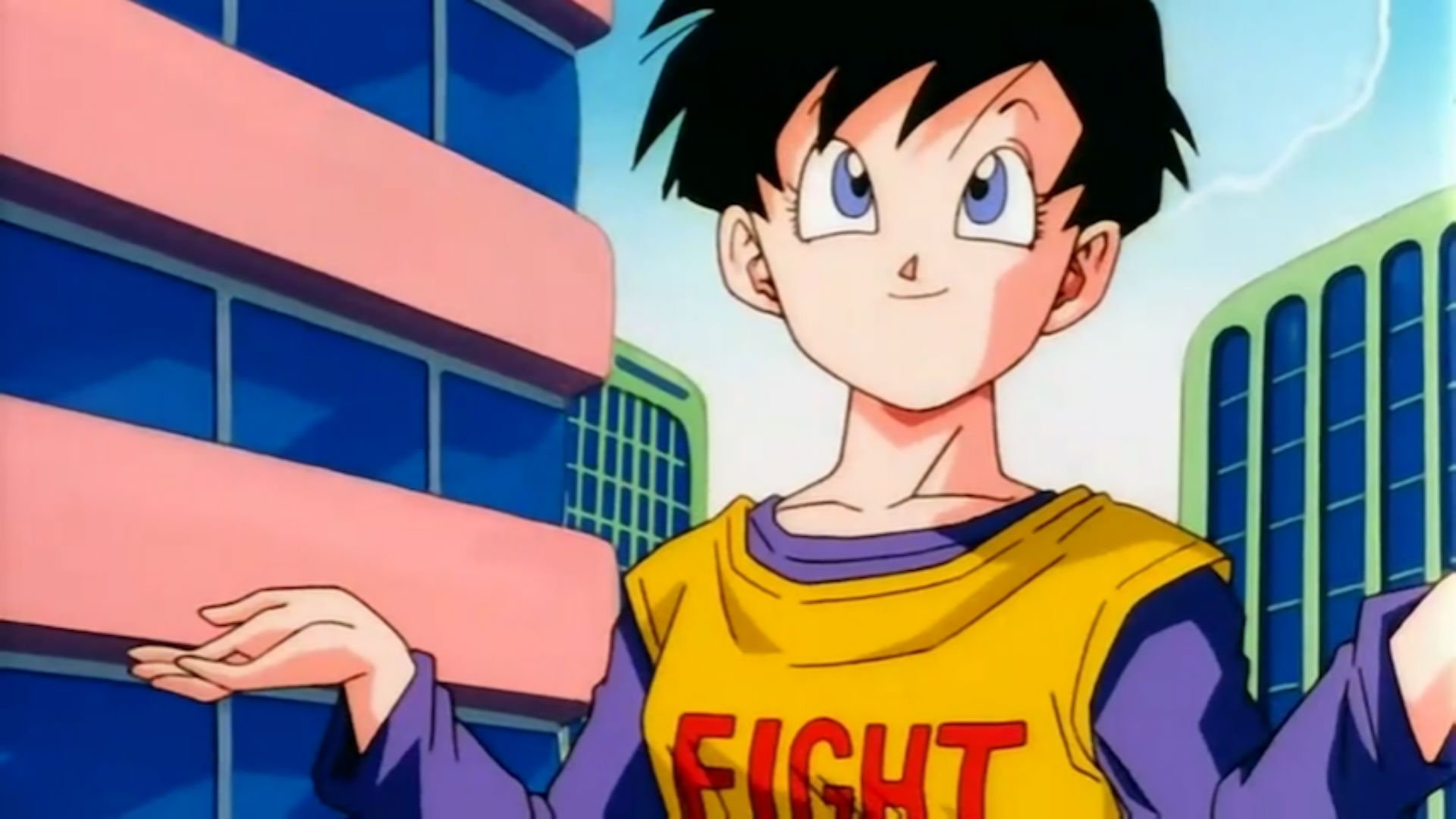 Videl is just so great. Meeting Gohan during their university days, Mr. Satan’s daughter turned out to be a much better fighter than he’d ever be. She came onto the scene with a rough and tough demeanor (even going so far as to blackmail Gohan into teaching her how to use ki) before eventually cutting her hair and giving birth to her daughter, Pan.

To be quite honest, I’m not sure what her moveset would be. But I’d bet it’d be a nice change of pace to use a not as flashy character who overwhelms opponents with punches and kicks. 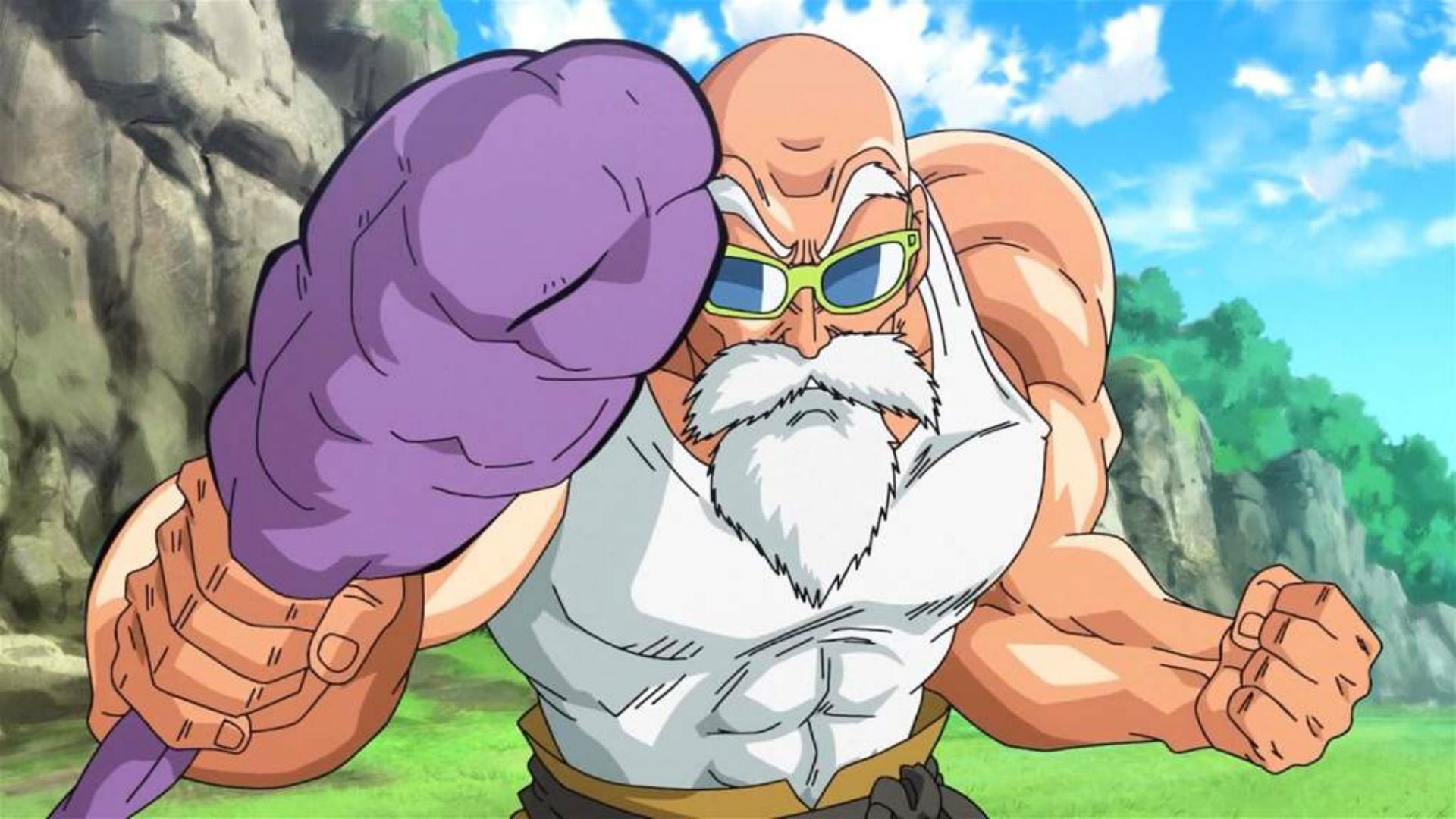 Master Roshi has been a series staple for a while, yet has only been featured in a handful of the Dragon Ball fighters. With how prevalent he’s becoming in Super (I assume, since I’m only following the English dub and watched up to the Resurrection F arc), Goku and Krillin’s teacher should get his due. He could come out as Jackie Chun, puff out his muscles for a transformation super, and comes equipped with his staff, Kamehameha, and pornography.

There’s too many possibilities to not include him. 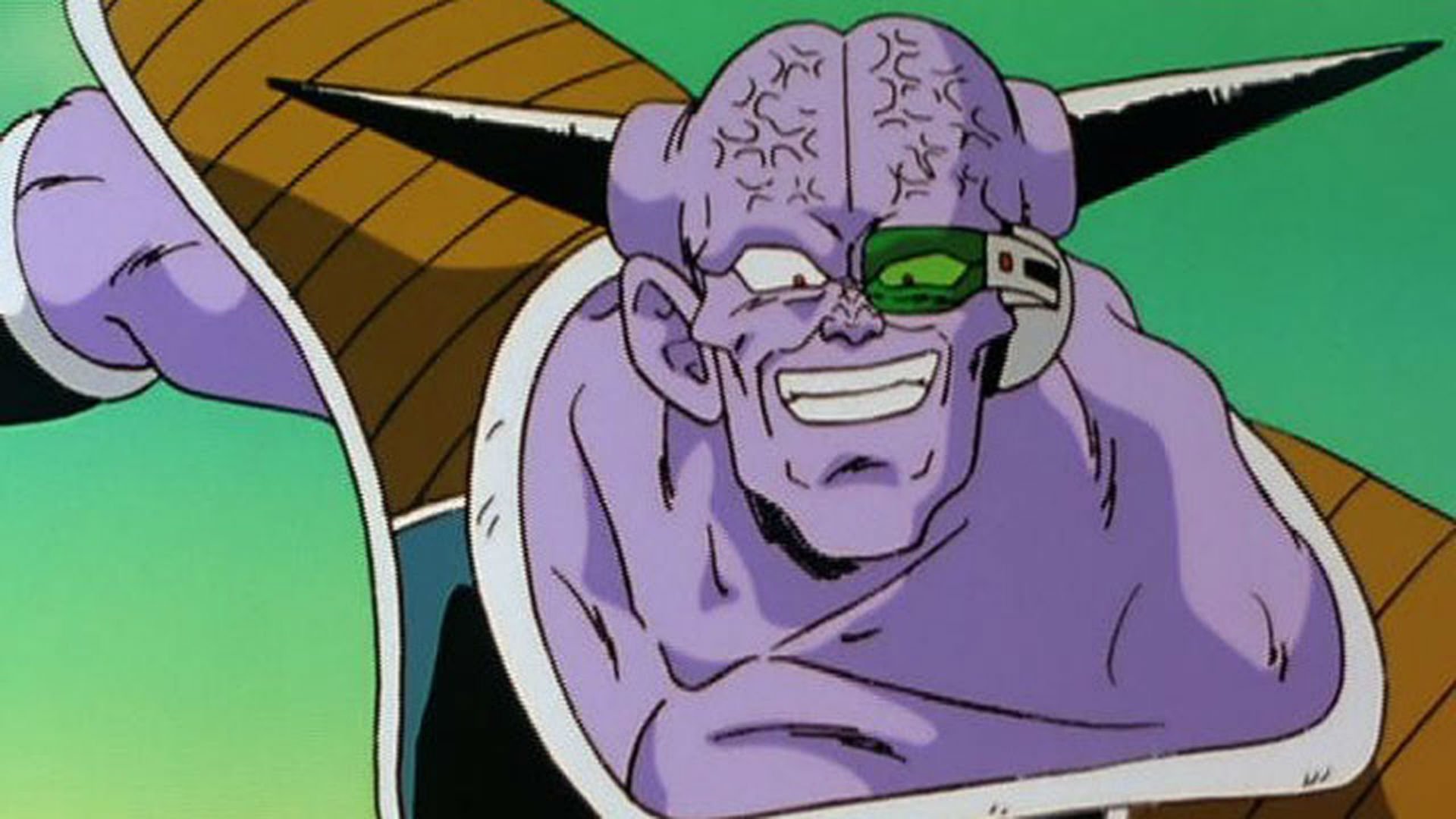 I’m assuming at least one member of the Ginyu Force is joining the roster, and if it’s not Recoome, it has to be Ginyu himself.

Most famous for his squad’s Super Sentai-like poses and switching bodies with a space frog, Ginyu’s the kind of personality filled character Arc System works loves. His supers could be different poses buffing up his attributes like in previous games, and I’m sure Arc System Works could figure out how to make his famous Body Change work in game. 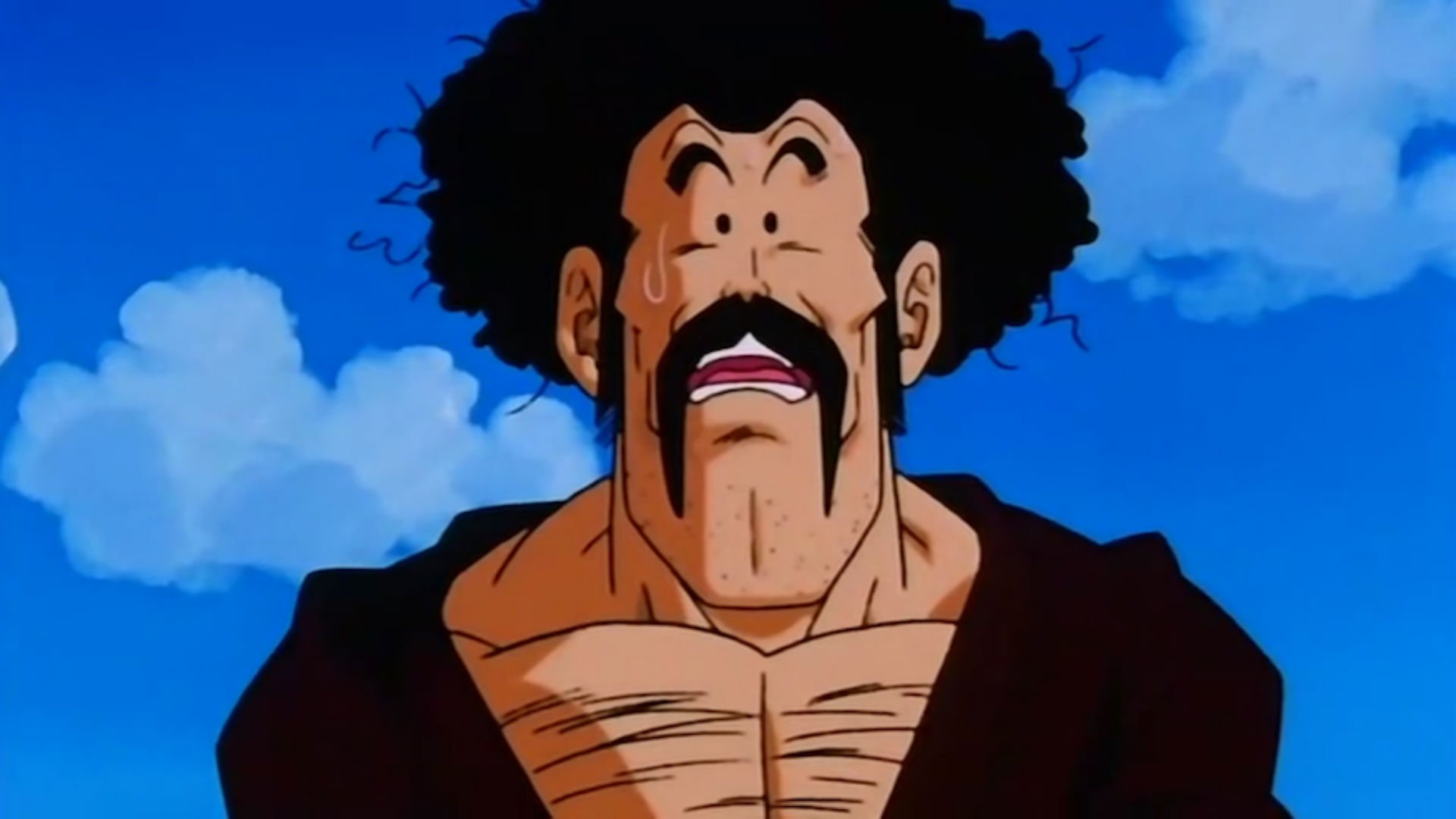 Hercule Mr. Satan is the most incompetent fighter in the series, but the most competent con man. Taking advantage of the time the Z Fighters were away fighting Frieza and the like, Mr. Satan became the World Champion. And somehow, he managed to take credit for the defeat of Cell, Buu, and much more. Past games have made his unconventional style fit into their rosters, so I’m sure Arc System Works could do the same.

Don’t weaken his attacks or anything like that, but have him be a tricky fighter who doesn’t move like the rest of the characters. Maybe he trips over something and catches his opponent in a super, or distract his opponents with a re-enactment version of themselves. He’s just a funny dude I’d love to see move around in their engine. 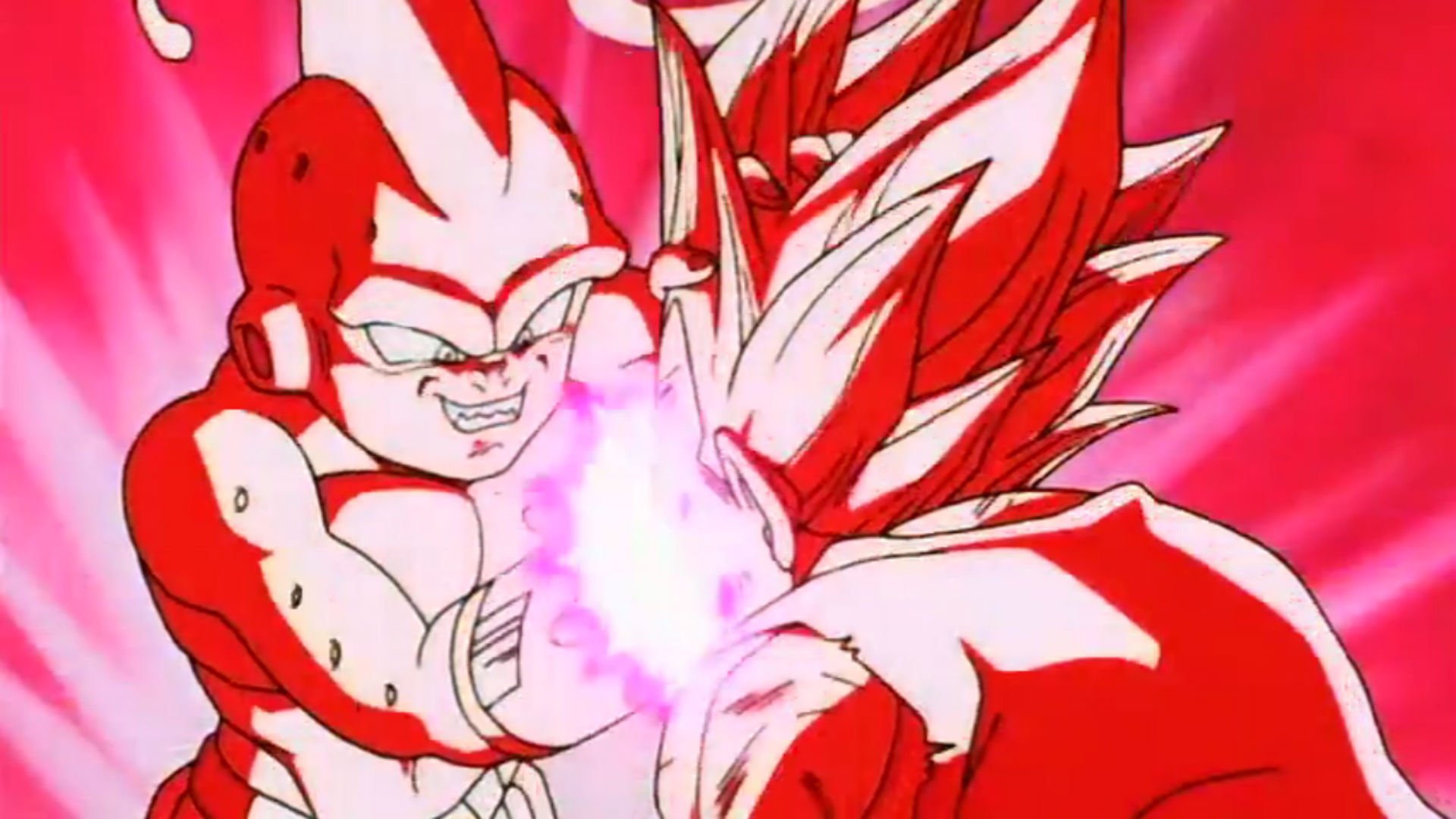 When coming up with this list, I tried my best to keep it to single versions of certain characters. So no Adult Gohan, Majin Vegeta, or Kid Trunks (Gotenks almost made the list, but they seem like a shoo-in), but Kid Buu is technically different from Majin Buu. As the first version of the character trapped underneath a chubby bubblegum exterior before breaking out on his own (and the later reincarnating as a young boy), Kid Buu was just a beast.

He may have lacked the personality of past villains, but made up for it with a nuance in movement and pure power. He even comes with a giant ball super Arc System Works could probably have loads of fun with. And if Kid Buu shows up, chances are the Supreme Kai’s Planet stage will appear too. 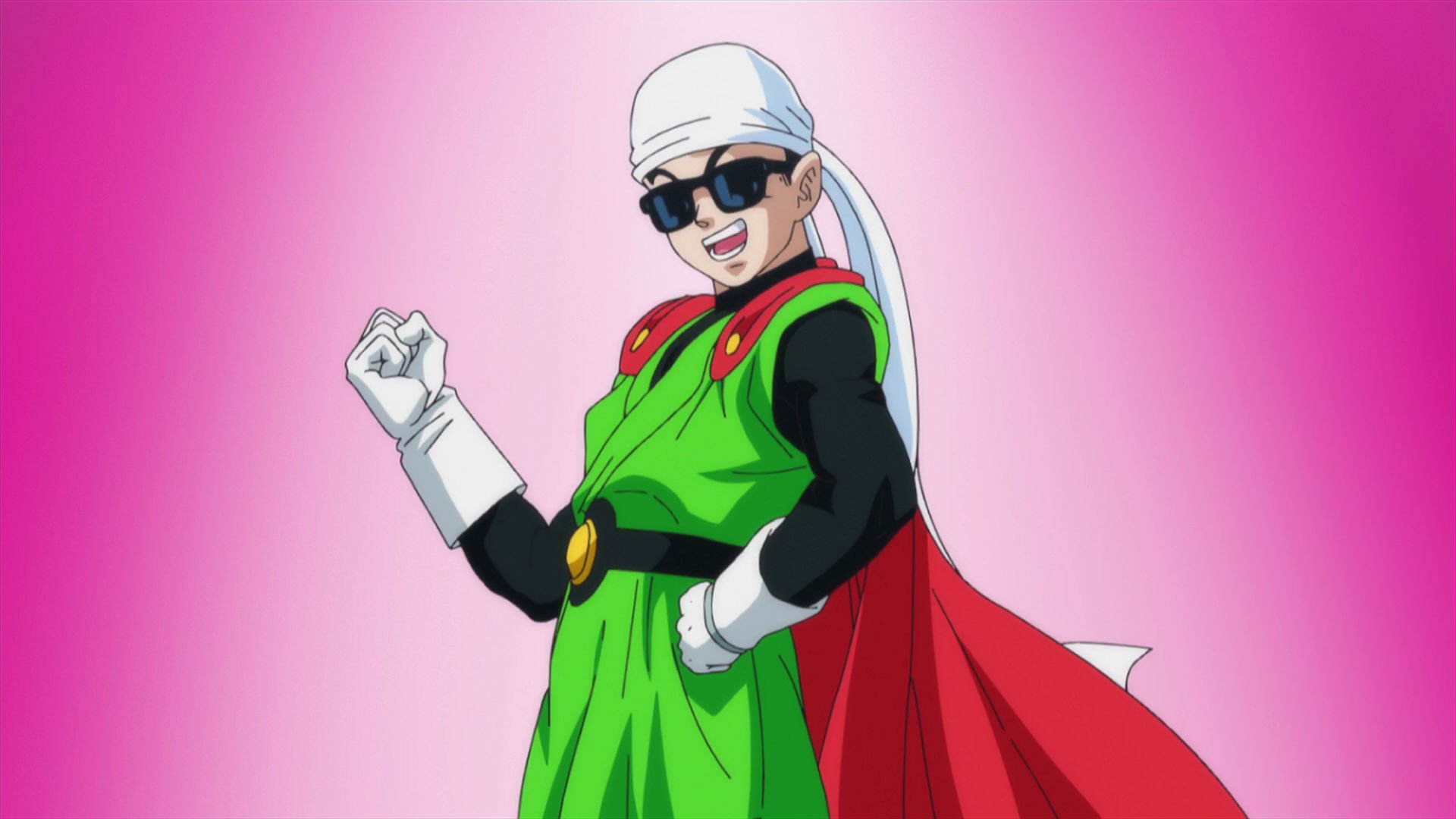 I know I said I wouldn’t put Adult Gohan in this list, but I have to work him in somehow. What better way than to have him show up as the Great Saiyaman? After defeating Cell put the Earth at ease for a few years, Gohan kept himself busy moonlighting as a masked superhero with goofy poses and catchphrases.

It was the best thing. Saiyaman is just as strong of a character as Gohan, but has a little more fun. Just as with Mr. Satan, I just want to see beautifully animated Saiyaman poses. 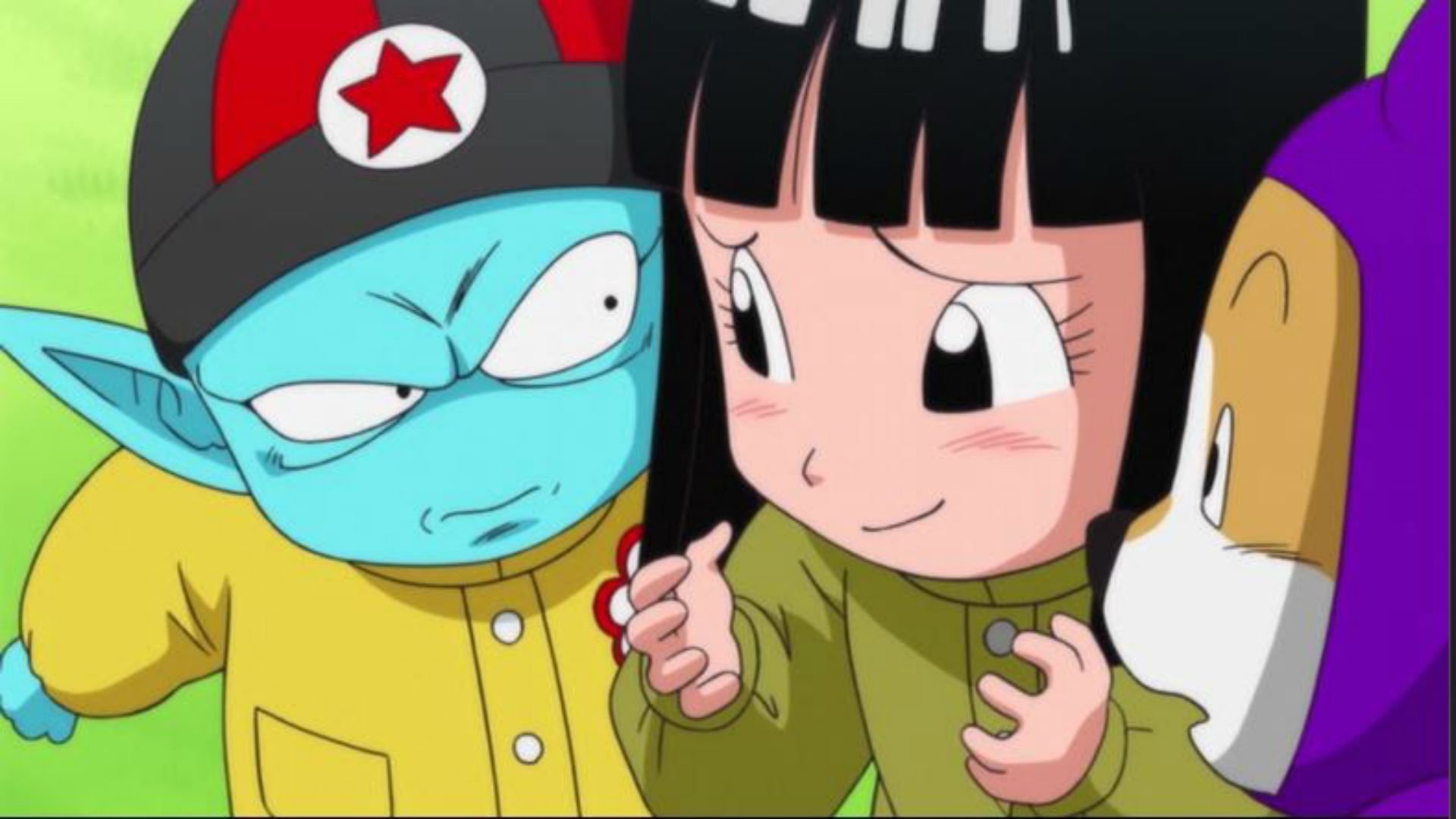 I’m so glad this goof troop made their way into the final DBZ films because I wouldn’t be able to include them otherwise. To this day, Emperor Pilaf and his cronies are my favorite villains in Dragon Ball. As the series’ first big villain (Monster Carrot notwithstanding), Pilaf has left quite an impression on me.

His childlike demeanor, Shu and Mai’s pitiable lives, being defeated by underwear, and their successful wish for eternal youth making them cuter than ever all combine into a special package only Dragon Ball can provide. Fighting games have a history of translating non-fighting types so no character is really off limits anymore. I’m guessing the 3-on-3 fights would make a Pilaf with Shu and Mai assists difficult to work in, but I just really want this one. Let me have this. 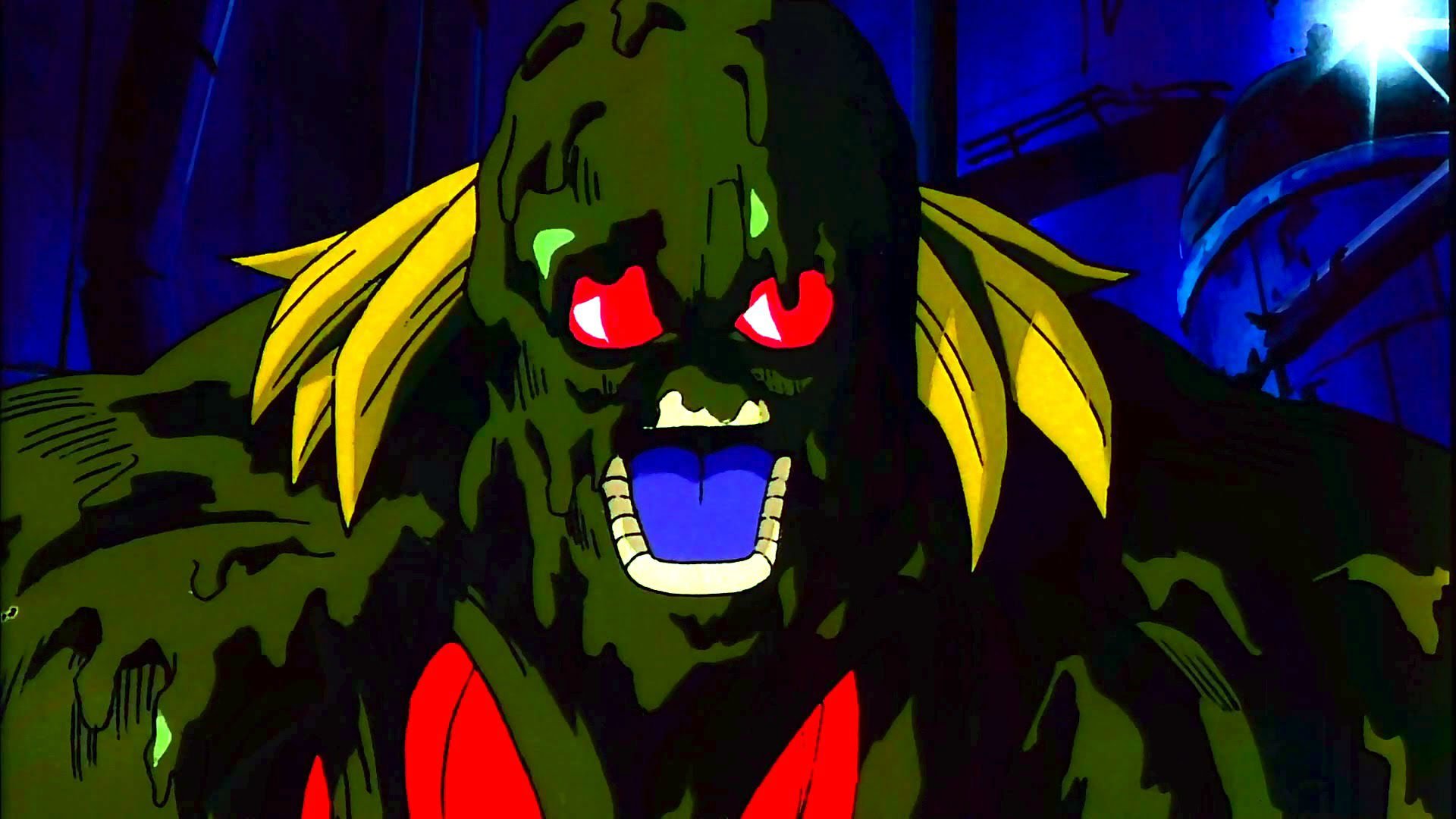 Haha, were you hoping for a different Broly? Nope.

Gross ass, covered in goop clone Broly is much cooler. 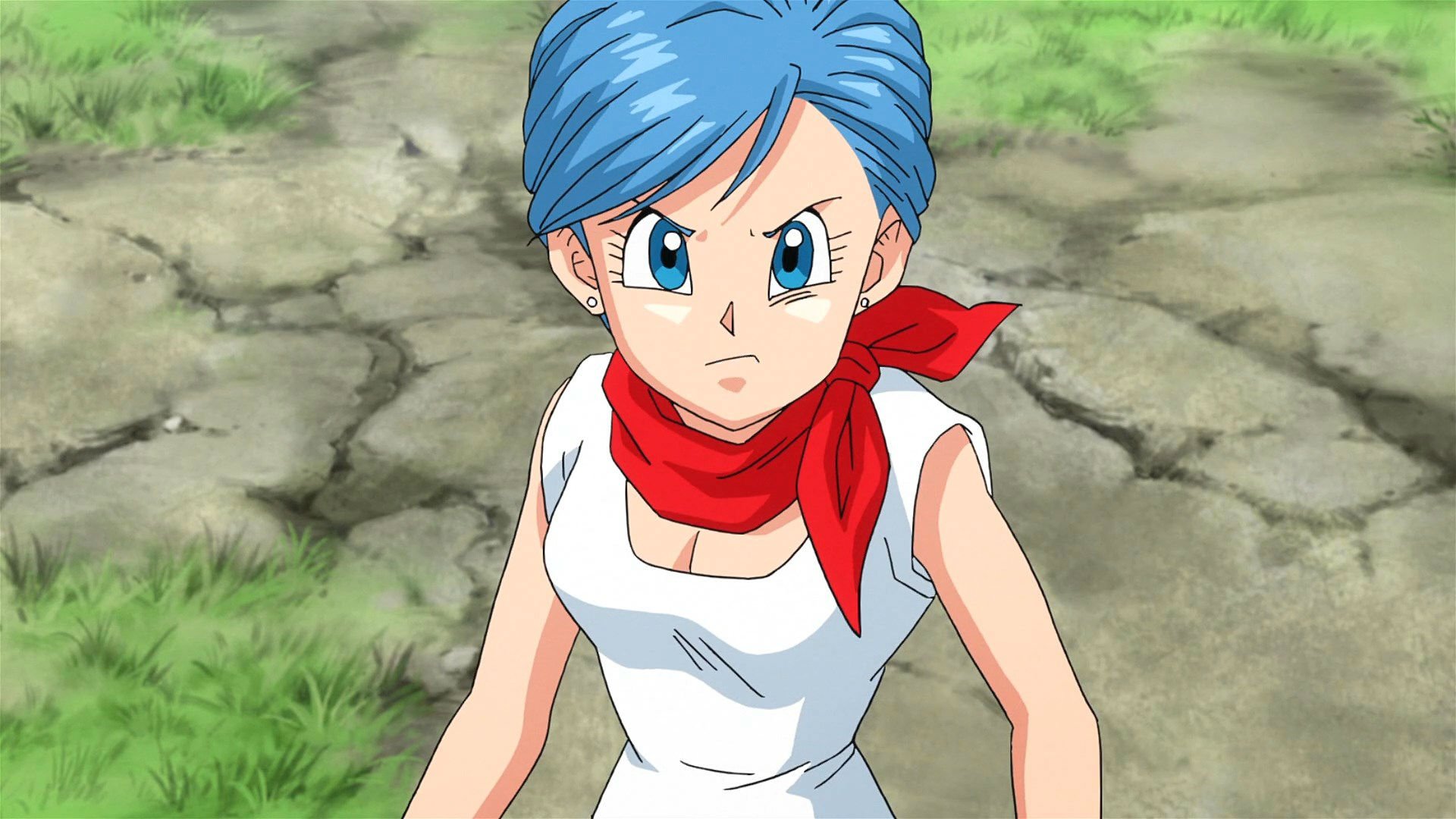 Ever since I found out Bulma was almost a playable fighter in Dragon Ball Z Budokai 3, I haven’t stopped thinking about how that would work. It makes total sense, too. Goku and Bulma have been series constants from the beginning and, while she took a backseat during Z, Bulma’s always been around doing things. She’s the G.O.A.T., and it’s about time she gets her fighting game due. Bulma’s got tons of capsules that could fill out a potential moveset. She can run over her opponent with a motorcycle, drop a house on her opponent or something, and Bulma’s not afraid to punch (or slap, technically) someone in the face when everything else fails.

What characters do you think need to be in Dragon Ball FighterZ? Yajirobe? That one spiky-haired girl from Super everyone seems to like? Yamcha?