Some of them are actually good!

Video game movies have been the subject of plenty of ridicule over the last handful of decades. Wounded fans have long complained that out-of-touch Hollywood bigwigs just don’t get the things they’re adapting, and conventional wisdom has always held that video game movies are simply bad.

Fortunately for me, conventional wisdom is wrong. Yes, there are a lot of awful video game movies made by lazy filmmakers trying to cash in on a brand name. But there are also a lot of really excellent films based on video games – particularly in recent years. Video game movies show no sign of slowing down, so I’d like to go through ten of the finest examples ever made. 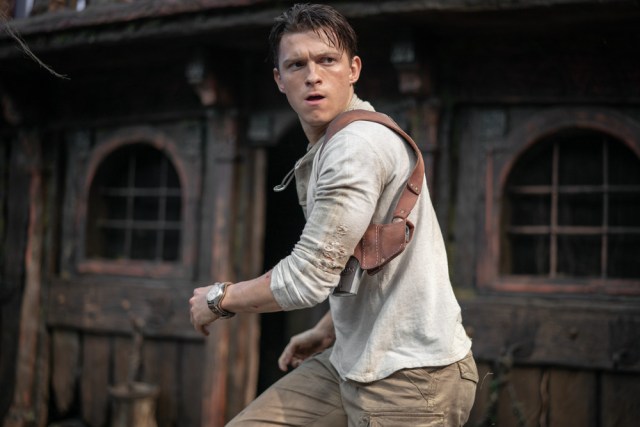 Uncharted, the 2022 adaptation of Naughty Dog’s beloved action game series, does not reinvent any wheels. It is a competent-enough pastiche of better adventure movies and not much else. In that way, it’s kind of a perfect Uncharted movie.

The original Uncharted was a fairly unassuming riff on adventure films like Indiana Jones and The Mummy. The Uncharted movie simply moves that formula back into the medium of film. Like the games, the movie Uncharted is buoyed by a charming cast of well-realized characters. Tom Holland may not quite resemble the Nathan Drake we know and love, but he’s still a fantastic screen presence. Even Mark Wahlberg, who’s spent the last several years sleepwalking through Transformers movies and faith-based films, is actually delivering a pretty solid performance. It’s nothing new, and there are certainly better adventure films, but Uncharted is a damn good time. Remember all that stuff I said about Uncharted? That’s all entirely true of 2018’s Tomb Raider, too. It’s another solid (but not particularly groundbreaking) riff on adventure movies of old, held aloft by some very choice performances.

The performances here are a bit better than they are in Uncharted — we’ve got Walton Goggins in a very Walton Goggins-ish villain role, Daniel Wu playing the obligatory gruff alcoholic sailor, and even Nick Frost, whose appearance is brief but delightful. The star of the show, though, is Alicia Vikander, who brings a renewed sense of playfulness and humanity to the role of Lara Croft. It’s the rare adaptation that offers new depth to a character rather than making them more shallow. 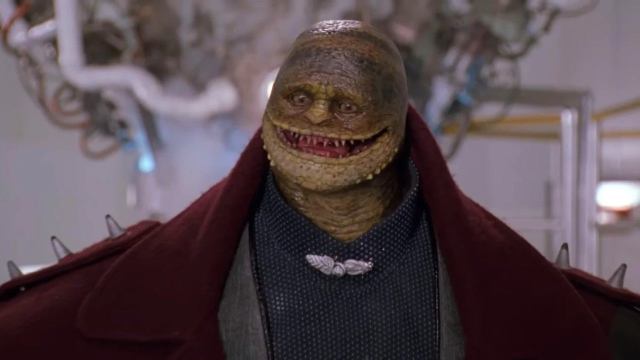 In the early 90s, directing duo Rocky Morton and Annabel Jankel were on track to become beloved figures in the world of cult cinema. Their 1988 remake of classic noir film D.O.A. was relatively well received, and their off-kilter cyberpunk TV series The Max Headroom Show had just wrapped up its final season. Where would this duo, best known for their grimy cynical bent, land next? The Mushroom Kingdom, apparently.

Super Mario Bros., the 1993 film loosely adapted from the original NES game, is a mess… but it’s also really fun and interesting. It’s a bizarre crustpunk dystopian take on the story of Mario and Luigi, set in a dinosaur-infested alternate universe. It’s entirely odd, but it’s a truly fascinating watch. It’s the kind of movie that simply couldn’t be made today (as evidenced by the much more conventional children’s movie coming out of Illumination next year), and it should be celebrated for that, if nothing else. Both Sonic the Hedgehog movies probably belong on this list. They’re both really endearing family films that do a good job of adapting the Sonic the Hedgehog iconography without totally alienating their target audience (children). They’re also both examples of a studio finding space to build a truly charming franchise on the foundations of a bad idea, and they should both be applauded for that. But I don’t like to go the easy route, so I’m only allowing one Sonic film on my list.

And Sonic the Hedgehog 2 has a scene where Sonic does a dance battle set to the song “Uptown Funk.” It’s hard to understand why, exactly, The Pokémon Company chose Detective Pikachu for its jump to live-action cinema. An adaptation of one of the mainline Pokémon games probably would have done better at the box office, and an adaptation of the anime probably would have been an unstoppable juggernaut. Instead, they chose to adapt the 3DS adventure game where Pikachu is a detective.

And boy am I glad they did. Detective Pikachu is a delight. It’s a noir-ish mystery centered around a young wannabe Pokémon trainer and his dear friend, a talking Pikachu in an adorable little hat. It’s strange but incredibly fun, serving as both a solid mystery film in its own right and an impressive showcase for what Pokémon would look like in the real world.

Kingsglaive Final Fantasy XV was a tragic casualty in the explosive mess that was Final Fantasy XV‘s release. This cinematic prequel was burdened with being both the first exposure many fans would have to the world of FFXV and a necessary addendum to that game’s story. It couldn’t really stand up to all that scrutiny.

Divorced from the context of its release, though, Kingsglaive is actually an excellent animated fantasy film. Director Takeshi Nozue (known for various cinematics across different Square Enix games) does a wonderful job of balancing action, emotion, and intelligent worldbuilding in a way that’s both pleasant to watch and sincerely thoughtful. Kingsglaive‘s all-star Hollywood voice cast brings a frankly unnecessary amount of talent to the table that makes the whole thing feel very prestigious, too. It’s a wonderful film, and a very welcome title after the first two Final Fantasy movies (the less said about those, the better). 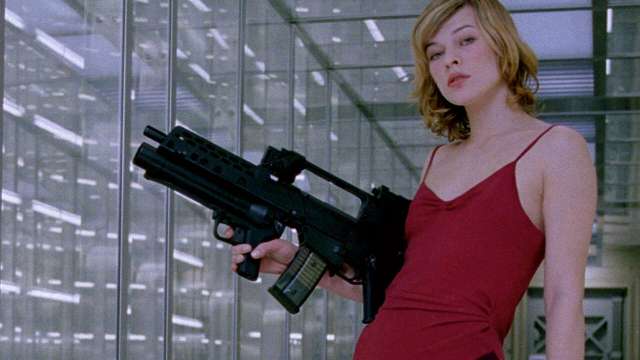 Paul W.S. Anderson’s Resident Evil series is understandably a bit divisive. The films borrow very little from the games in the way of actual plot and characters, and they are forever doomed to be compared to the canceled George A. Romero Resident Evil adaptation. It’s tough for anyone to live up to Romero, but Anderson actually does a fairly good job here.

Like I said, Resident Evil doesn’t borrow a whole ton from the original games. Jill Valentine and co. are nowhere to be seen here. Still, Resident Evil expertly captures the tone of those PlayStation titles and delivers a taut, mean little zombie infestation story. If Welcome to Raccoon City taught us anything, it’s that all the recognizable names in the world can’t save a movie that doesn’t feel like Resident Evil. Thankfully, this one is Resident Evil through and through. You probably didn’t play Werewolves Within, Ubisoft’s 2016 VR social deduction game. You should still watch Werewolves Within, Josh Ruben’s 2021 adaptation of said game, because it is very good. This charming horror-comedy centers on a cabin full of mistrusting small-town Americans whose anxieties are compounded by the discovery that one of them may be a werewolf.

Werewolves Within is funny, scary, and biting. It also features Sam Richardson in his second best role ever (right after the Baby of the Year guy from I Think You Should Leave). 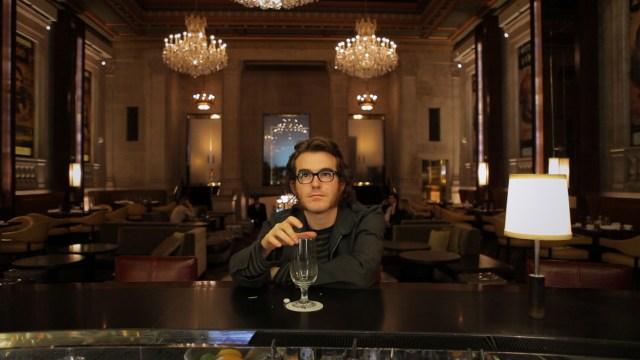 Indie Game: The Movie is the only documentary on this list, chronicling the journeys of three independent video games as they inch ever closer to release. It offers both compelling insight into the development of three beloved indies (Super Meat Boy, Fez, and Braid) and a careful image of an industry teetering on the precipice of legitimacy.

Indie Game: The Movie is a truly compelling piece of documentary filmmaking, and one of the few works that actually treats video game developers as artists. It’s thoughtful and interesting for just about anyone with a passing interest in indie games – whether you love or hate Jonathan Blow, you can’t deny that the guy thinks hard about video games, and listening to him speak is genuinely fascinating. 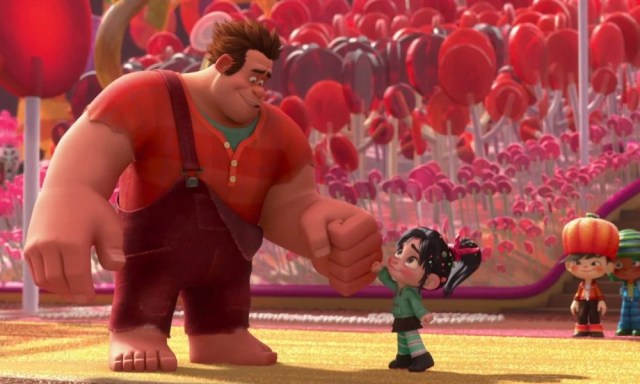 I had a little bit of an internal crisis when considering whether or not Wreck-It Ralph belonged on this list. It is a video game movie, but it’s about a video game that doesn’t exist. If I’m allowed to put those on the list, then how could I exclude something like Cronenberg’s eXistenZ? How could I leave last year’s criminally underrated The Matrix Resurrections off the list? Ultimately, I came to the conclusion that Wreck-It Ralph counts, not only because a promotional Fix-It Felix arcade cabinet used to be playable at Disney’s now-defunct indoor amusement park DisneyQuest, but because it just feels like a true video game movie.

John C. Reilly’s eponymous video game bad-guy-trying-to-be-good expertly embodies the cuddly faux-villainy of video game antagonists of a certain era. He’s Bowser, or Dr. Eggman, or any other bad guy who just doesn’t seem all that bad. Reilly’s central performance is key to Wreck-It Ralph, and he’s the reason the movie still makes me cry as a grown-ass adult.