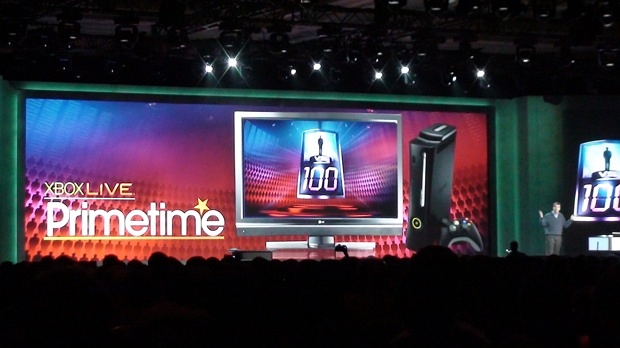 Xbox Live Primetime is still slated to hit this spring. Microsoft quietly released a trailer (viewable post-jump) for “1 vs. 100” this afternoon that essentially echoed everything we heard about the game at CES 2009, including the date Microsoft frontman Robbie Bach threw out.

So, yes, Xbox Live Primetime and its first game show, “1 vs. 100” are still on schedule. Deep breathe.

Don’t know what “1 vs. 100” is? It’s basically Smash T.V. without blood, bullets, fire, hot chicks and VCRs. Instead of killing monsters and finding keys, you answer questions and attempt to eliminate the one hundred people competing against you. Also, there are no boss monsters.