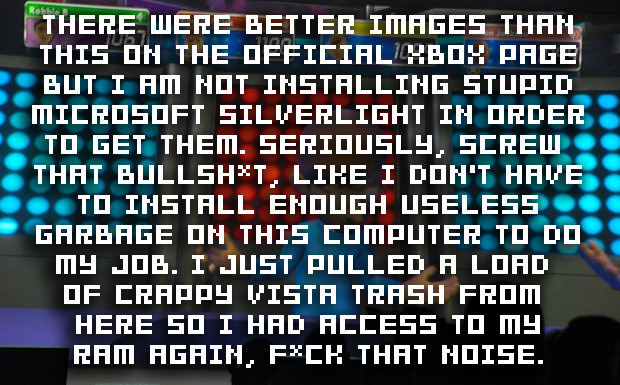 Remember 1 vs 100? It was that ridiculous game show tie-in idea that Microsoft used as one of the key selling points of the New Xbox Experience before everybody forgot it existed. Well, 1 vs 100 is due to to launch this Spring, and the news is that Xbox Live Gold subscribers will have the game included as part of their membership. Good, because I wouldn’t have paid extra for that.

This represents perhaps the first time Microsoft has “given” something to Gold subscribers, rather than just taken stuff away from Silver members to create the illusion of giving stuff to Gold subscribers. Players will be able to take part in a “socially interactive game experience” that brings the “fun and freshness of a television show in a massively multiplayer online game.”

It’s a ludicrous idea, but it’ll probably be quite fun. It’s just nice to see XBL Gold actually get something unique, rather than access to stuff that other platforms provide for free.