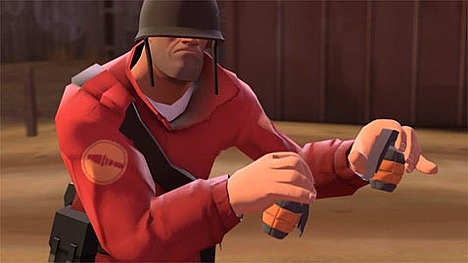 Yesterday, Shacknews received notice from Valve vice president Doug Lombardi that no more “major” updates will happen for Team Fortress 2 until Left 4 Dead is completed. According to him, that means a complete lack of new crazy weapons or achievements until next year.

Here’s what Lombardi said when asked about the next TF2 update:

Well, it won’t be this year … But we’re going to keep evolving TF2. Once Left 4 Dead wraps, you’ll hear us clamoring more about [the next TF2 update].

Of course, it’s not like next year is a billion months away. The only problem is that there isn’t a single game slated until Left 4 Dead’s release in November. It’s almost as if the entire videogame industry has started shambling aimlessly, only excited at the prospect of Valve’s fresh, hot blood. Only when Left 4 Dead comes out will it snap out of its mindless coma and begin to moan and animate with arms raised high and froth forming on top of exposed jaw muscles.

[UPDATE: I suppose this is a bit unclear. I gather from the release of Left 4 Dead (mid-November) that Lombardi meant Valve wouldn’t be working on an update until the title hits. After the release, I’m sure they’ll go back to doing cool stuff in TF2 but not releasing it until next year. I apologize for any inconvenience.]