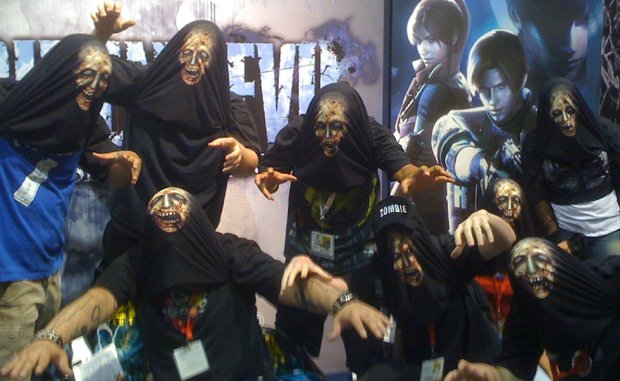 I’m currently toiling away at what should be the last Udon book review for the week; The Art of Resident Evil 5. It’s an amazing book. Look for the review tomorrow.

As much fun as these reviews are to write; facts are facts. Book reviews on a videogame websites tend to get overlooked. That’s why I’m taking this bit of info I gleaned from The Art of Resident Evil 5 and posting it here. I think it’s interesting enough to point out to you non-book review reading members of the internet audience.

Makes you wonder how much of Resident Evil Revelations on the 3DS is adapted material that was originally planned for Resident Evil 5. We know the game will have good old puking zombies again, maybe that other stuff will make the cut too?