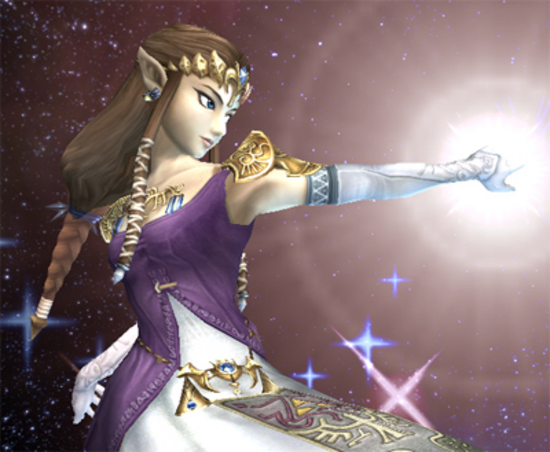 To me, Super Smash Bros Brawl is what is going to finally make me buy a Wii. I have literally spent thousands of hours playing Melee and the original so I am a very hardcore fan of this series. For the most part, Smash Bros. DOJO has just been slowly teasing us with items, the battle stages and lots of random nonsense. So to for them to finally reveal a new character is very exciting.

Sure, Zelda isn’t exactly new since she was in Melee, but none the less it is big news. As for how Zelda will handle, Masahiro Sakurai has this to say:

Her movement capabilities are not that good, but her magic adds power to her physical attacks. There’s a reason why her hands and feet glow, after all.

So she’s going to basically play the same as her Melee version. The big question on everyone’s mind now is will Zelda be able to transform into her alter ego, Sheik. I hope so, Sheik is my best character!