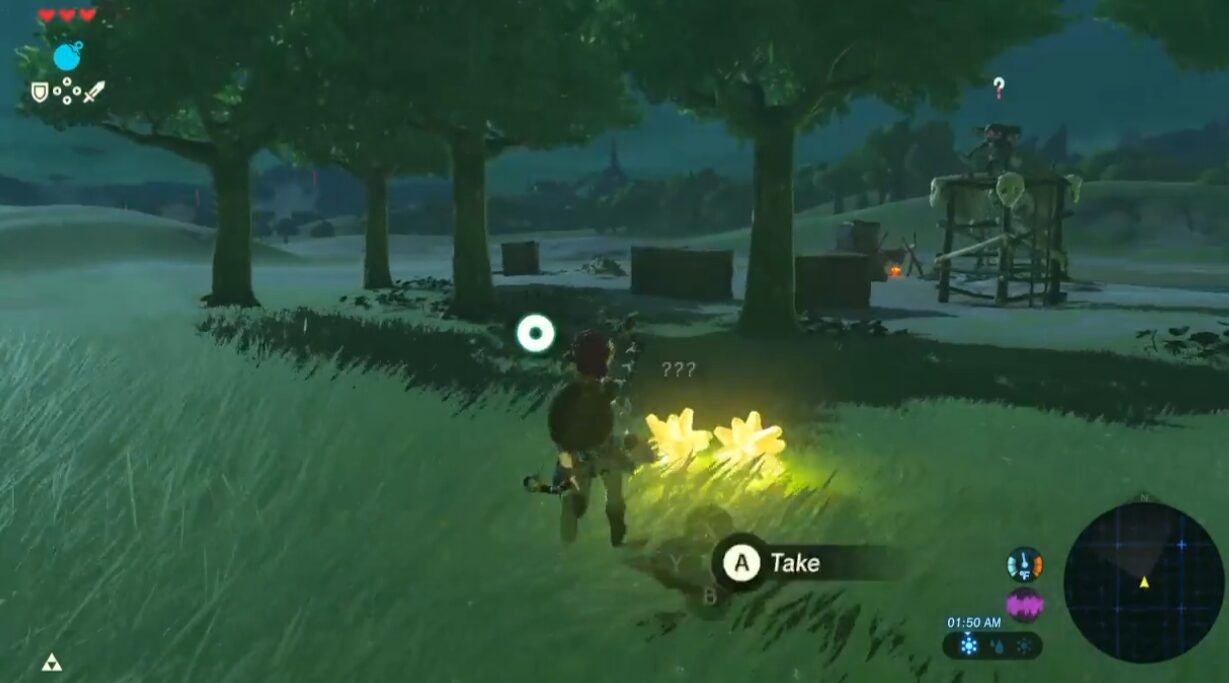 My list of “this has never happened to me in hundreds of hours of playing Zelda: Breath of the Wild” is still growing. Redditor SireZachP managed to strike the motherlode, it seems. In their appropriately titled video “Uhhh what? How rare is this?” they managed to locate a double spawn point for star fragments.

The big question is: have any of you out there in the Destructoid community ever seen this? Because I haven’t! I mean, I rarely even get star fragments to show up in my games as it is. The Reddit post is full of hundreds of comments saying they’ve never seen it before (and only several who said they did), with some folks claiming hundreds of hours played. One user notes that it might be a glitch; but even so, it’s a rare one!

As the creator pointed out, the “???” prompt for picking them up was present, so they didn’t easily stage the video by having one conveniently next to the spawn point.

Since some of you might be curious: what was the thing chasing them at the start of the video? A Yiga Blademaster!