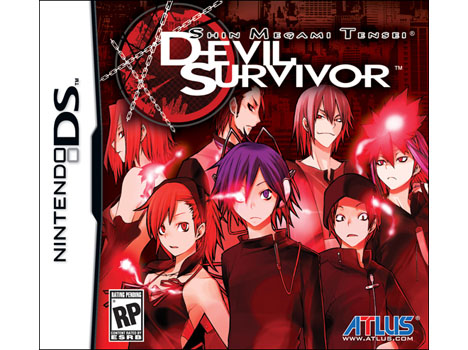 “Yes!” That’s all I’ve got for a headline. I’m too excited to think of anything else! We love our Shin Megami Tensei here at Destructoid, and we’ve been waiting for this announcement to come.

We’ve been talking about DS RPG/SRPG hybrid Devil Survivor ever since it was hinted at in a Famitsu ad late last year. Now it has been officially announced for North America, coming this summer

So what is it? It’s the Shin Megami Tensei debut on the DS, a game that tells the story of Tokyo on full lockdown by the government after a demon invasion. Trapped, you work to survive using your newfound COMP technology, a device that lets you form contracts with demons and use them how you wish.

The game mixes two RPG styles: you’ll place a party on a grid durning battle, and then in actual combat, things switch to a standard turn-based affair.

We’re glad to finally officially say that Devil Survivor will hit stores on June 23, 2009 with an MSRP of $29.99. Check out our gallery for some screens and after the jump for a trailer.